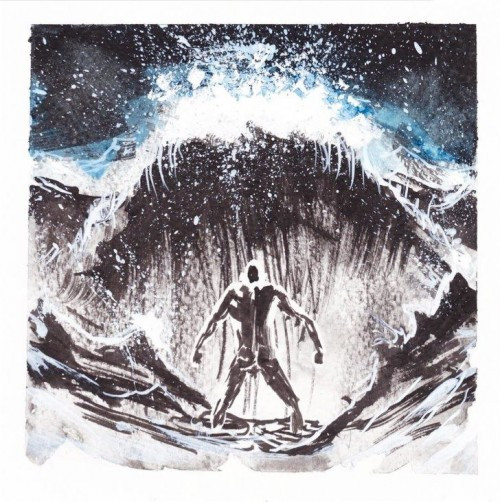 It’s nice to have an excuse to put Kim Holm’s artwork on our site again. Up above is the piece he created for the song “Æra”, which appeared on the magnificent 2011 album by Iceland’s Sólstafir, Svartir Sandar. “Æra” is on my mind because Sólstafir have just released an official video for that song. It’s a live performance at the 2012 Eistnaflug Festival in Iceland using footage shot by about a dozen camera wielders.

I’ve loved this song from the first time I heard it. The beat, the riffs, the vocals . . . all good. Always thought the hammering parts of the song would be a sure-fire mosh trigger, and it’s nice to see it happening in this video.

I really, really need to see this band on stage, someday, some way. The video is after the jump.