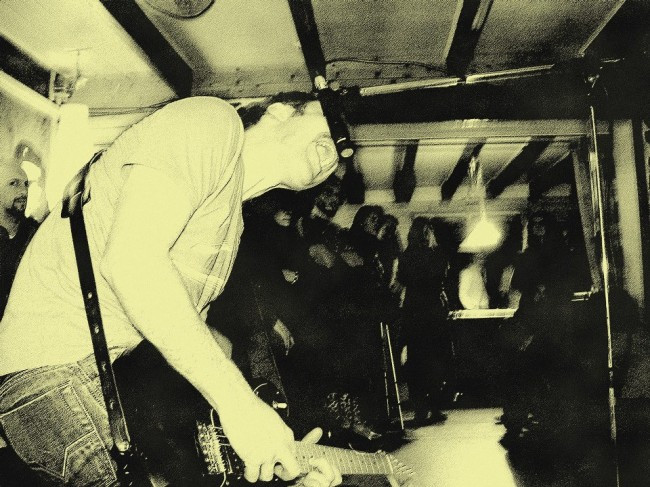 Sometimes it happens like this. It’s a goddamn Monday morning and I wake up at an hour fit for nocturnal predators but not for human beings. I brew the coffee and start chugging it like a Bolt Thrower riff. I check the NCS e-mail to see what came in overnight and the first three things I see kick my ass so hard that the coffee becomes superfluous. And I start writing . . .

Death Engine are from Lorient, France. They’ve recorded a debut EP named Amen, which will be released in a limited run of CDs in May and on 10″ vinyl in mid-June by Throatruiner Records, North Cult Records, and Basement Apes Industries. More info about that can be found via the links below; perhaps one day it will become available digitally as well.

A song from the EP has begun streaming. Its name is “Gun”. It has made me re-think my support for gun control. It punches holes through concrete. It spews acid. It swarms. It rumbles. It rolls. It pulsates. It bends genres, harnessing elements of hardcore, black metal, crust, and noize. It includes a fucking killer drumbeat. I like it.

After the jump I’ve installed the EP’s cover (by Hugues Pzzl), some links, and “Gun”. 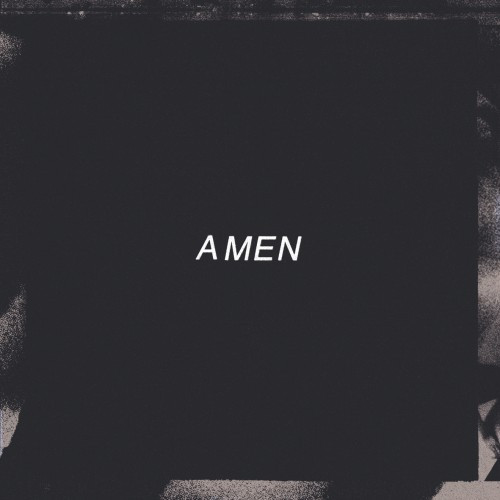 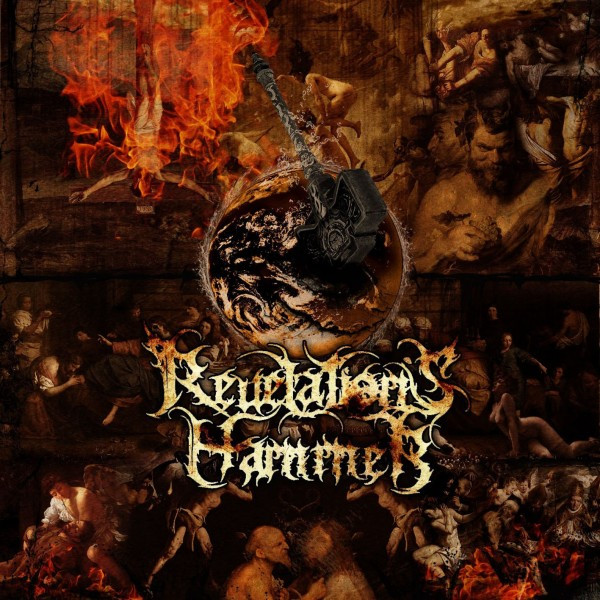 Revelation’s Hammer are a Norwegian band composed of Accuser (who vocalizes and plays all the instruments except drums) and drummer Myrvoll from the band Nidingr. Their self-titled debut album is now scheduled for release by My Kingdom Music on June 3, and it includes eye-catching cover art by Portuguese artist Ricardo Fernandes, plus a guest appearance on some tracks by Exilis from Troll. The e-mail I received described Revelation’s Hammer as a band likely to appeal to fans of Emperor, Dark Funeral, and Watain. That pushed a lot of positive buttons within me, so I started hunting for music.

I found three tracks on Soundcloud, which you can stream below. These three tracks alone are about 28 minutes of music, so they’ll give you a very good idea of what to expect. In a nutshell: they’re downright scathing — full of blazing tremolo riffs and rapid-fire percussion — but they also include a lot of unpredictable rhythm changes, creative guitar and bass work, and a flood of head-twisting melodies. All of the instrumental performances are really impressive (let me repeat, the bass is actually a co-equal partner in this music), and the songs are quite inventive — I would even say “progressive” or “avant grade” — but without losing their anchor hold in the jagged landscape of Norwegian black metal.

To compress the nutshell even further: Revelation’s Hammer stands out from the murky mass of current black metal like a beacon. 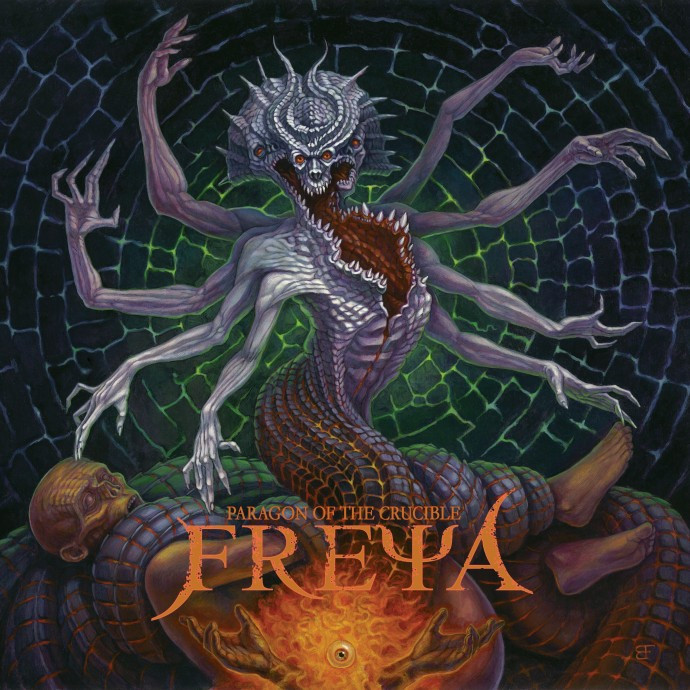 I made this album art as big as I could without having it spill over the limits of the page, because . . . well, holy shit, just look at it.

This is the just-released cover for the forthcoming album by Freya, and it was created by Freya guitarist Brendon Flynn. I first wrote about this band on the 4th day of the new year (here). To recap: When Earth Crisis initially broke up in 2001, Karl Buechner formed a band called Nemesis, which he later renamed Freya. Over the last decade, Buechner and an evolving line-up of comrades have produced three albums, and their fourth, Paragon of the Crucible, is now scheduled for release by Holy Mountain Printing in the U.S. and by the French label Deadlight Entertainment in Europe.

Two songs from the new album have been streaming on Bandcamp since early this year, but I’m re-posting them because they’re so damned enthralling. “Serpentine” is both heavy and progressive. It’s jolting at the start and then makes an unexpected transition into something quite moody and beautiful. As the song progresses it continues to evolve and transform, anchored by those jolting verse riffs and Buechner’s fiery, harsh vocals. The melody is quite memorable, and the song also includes a very sweet guitar solo by Paul Waggoner of Between the Buried and Me.

The second song is the title track and it’s a high-energy thrasher, bare-knuckled like a street brawler and groovy as fuck.

Check these out below.