I am so far behind in so many ways, perhaps most far behind in completing album reviews. So what am I doing? Listening to music from bands I’ve never heard of. I suppose this could be a form of procrastination, but instead I think it’s just my hunger for new things, which appears to be insatiable and uncontrollable.

So much time has passed since my last MISCELLANY experiment, that I ought to provide a reminder about my self-imposed rules: I pick bands at random whose music I’ve never heard; I listen to one song (sometimes I cheat and listen to more); I write my impressions; and I stream what I heard so you can judge for yourselves. The bands selected for this test are Hebosagil (Finland), Suffix (Sweden), and Belgrado (Spain).

As noted, these dudes are from Finland, so I already knew there was a better than even chance they would be good. I found out about them via a press release announcing that they have a new album named Lähtö that’s due for release by Ektro Records on May 17. The seventh track on that album is “Valmis mihin vaan” (yes, Hebosagil’s songs are in Finnish), and it happens to be streaming on Soundcloud, so that’s what I picked for purposes of this experiment. 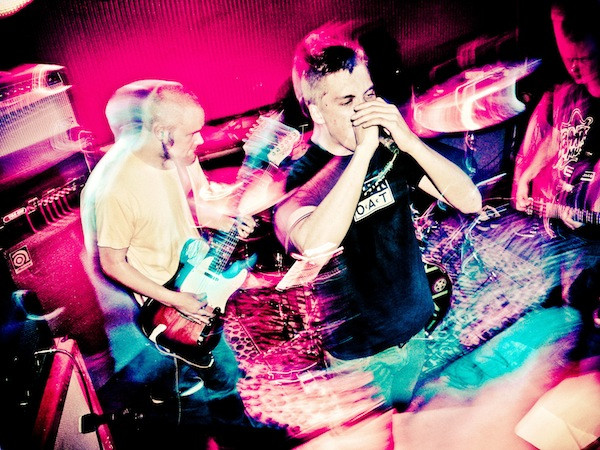 There’s something about the Finnish language that’s almost inherently abrasive when it’s blasted with the kind of scraped-throat vehemence displayed by Hebosagil’s vocalist, and the vocals are one of my favorite elements of this skull-crushing track. Instrumentally, the first and final parts of the song are all booming, sludgy guitar riffs, and in the middle it ramps up into a punk-style ass-kicking. A good way to start this MISCELLANY excursion. Kind of cracked my cranium and pulped what was inside, preparing it for whatever might come next.

Lähtö may be pre-ordered here. Hebosagil’s FB page is at this place. “Valmis mihin vaan” is below: 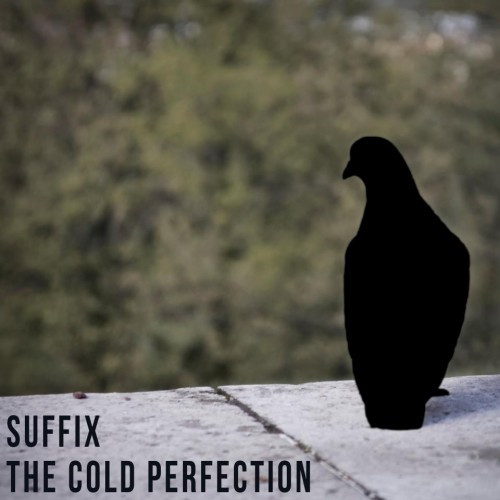 My next stop on this mystery tour was Suffix, a relatively new band who e-mailed us about their debut album, The Cold Perfection, which will be released on May 4 through their own label Unpleasant Sounds. I discovered that the band recently released a video for one of the new songs, “Skindiver”. It was filmed at a club in Stockholm named Kafé 44 in January 2012. It seems the band simply arranged a gig and had some friends and family recording it, and the editing was done by their guitarist André Sundbom. Especially for a completely DIY effort, I thought the video was well done.

I thought the music was damned well done, too. I was hooked quickly by the drum intro and stayed hooked until the end. “Skindiver” is driven by jolting pneumatic rhythms and slightly out-of-phase drumbeats and it’s spiced up by riffs that skitter and shimmer. There’s also a funky little subdued break in the middle of the song that proves to be a bridge to a pulsating, clanging, swirling instrumental segment in the back half that’s quite nice. Nasty caustic vocals, too. All in all, a very cool song — part groove, part prog, part death.

The Cold Perfection should be available on iTunes, Amazon, Spotify, and elsewhere as of May 4. 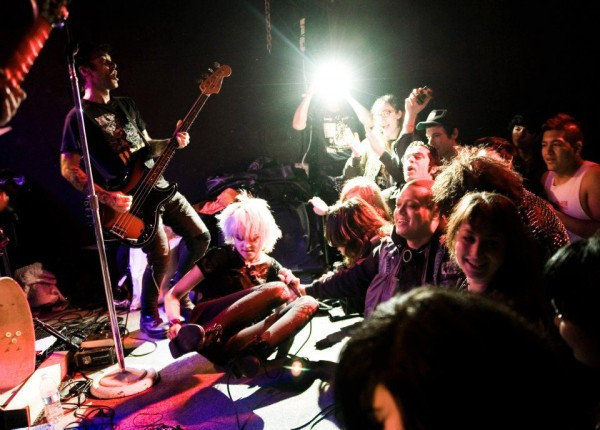 Belgrado are from Barcelona and they also have a new album on the horizon by the name of Siglo XXI, though I haven’t seen any release date. I did figure out that Belgrado have a Bandcamp page where their debut album and a two-song 7″ can be found. But what I listened to for purposes of this MISCELLANY post is a song from the forthcoming album named “Ensayo Siglo XXI”. It comes in the form of a music video that’s very simple — just a fixed camera recording the band as they play the song in their rehearsal space, with a few added visual effects.

I came across that Belgrado video via a recent post on CVLT Nation, and added it to this MISCELLANY list without knowing anything about the music. Turns out the music isn’t metal. It’s more of a throwback to early 80’s post-punk. But even though the music is “off topic” for this blog, that’s sometimes the way MISCELLANY works. And I have to say, I’m digging the song. The drum beat, the bass lead, the spacey guitar effects, and Pat’s vocals combine to make this an infectious little jam. And for me, it brings back nice memories.