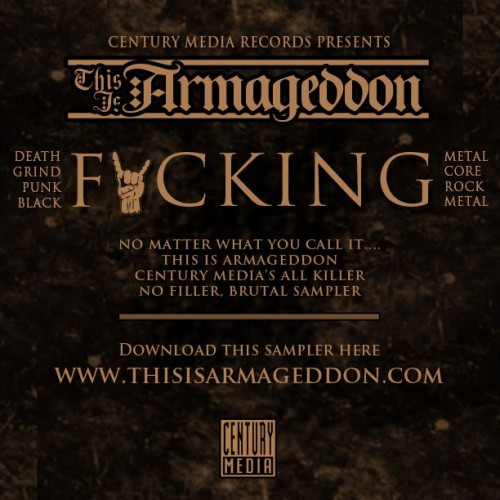 I’m pretty sure this news came out earlier this week, but I completely missed it. Maybe you did, too.

The news is this: Century Media has compiled a free digital sampler of songs from the label’s artists. There are 40 bands represented on the compilation, with songs that are mostly from the bands’ latest albums. It’s a helluva list of bands, too — this sampler focuses on the more extreme end of the Century spectrum, with almost all the songs coming from bands who play varying flavors of death metal or black metal.

Rather than try to pick out a few representative bands, I’ll just include a screen shot of the entire list after the jump. Be aware that in order to get the free download, you have to give up an e-mail address, which will be used by Century Media and its partners to send you not only download info but also marketing messages (at least until you unsubscribe). 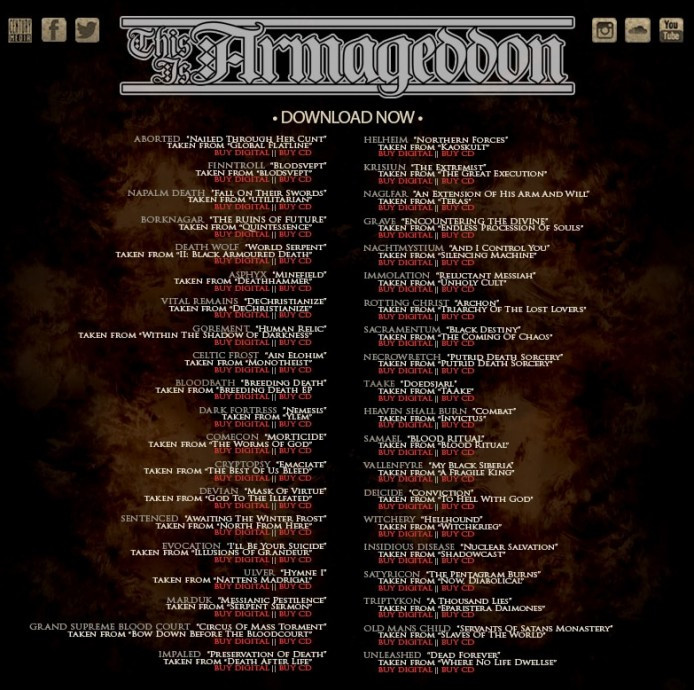