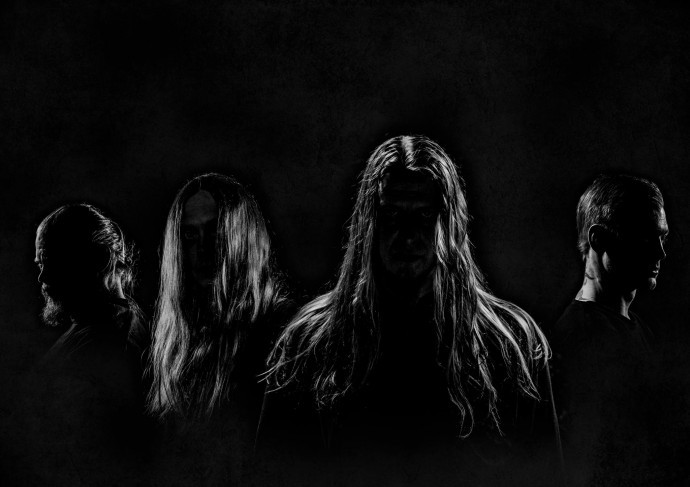 In this post I’ve collected a small group of new songs that I came across while wandering through the interhole over the last 24 hours.

I’ve been keeping an eye on this Finnish band (pictured above) since hearing their 2012 EP Hate Infected. When I reviewed it, I characterized the music as “the military-industrial complex of the nether regions, an effective fusion of titanic death metal might and melodic black metal hooks” and compared the band to the likes of Behemoth and Hate. They now have a new album on the way entitled Death March, which will be released in the fall of this year by Violent Journey Records.

Yesterday they released a music video for one of the new songs, “Life=Disease”, which is now available digitally through Amazon and probably elsewhere. The song reminds me less of those Polish behemoths than Hate Infected. It has more of an old-school death metal flavor, with a bit of a charred crust. It hammers and howls forcefully, with teeth bared and claws raking.

Check out the video for “Life=Disease”, and below that is a teaser clip about the new album. 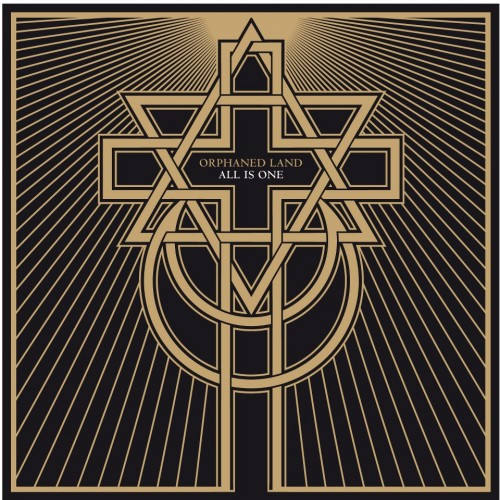 Orphaned Land remain a unique presence in the metal scene — an Israeli band that has devoted considerable effort through their music to combat the hostility between Jews, Muslims, and Christians in the Middle East and to create musical ties with the Arab world. Their sixth album, All Is One, is scheduled for release by Century Media on June 24 in Europe and June 25 in North America. The cover by French artist Metastazis (Paradise Lost, As I Lay Dying, Sonne Adam, Watain) visually meshes with the album’s title, unifying the symbols of the region’s three main religions.

Yesterday, a lyric video debuted for a song from the album named “Let the Truce Be Known”. The band explained the song’s subject as follows:

The main inspiration for the story behind “Let The Truce Be Known” lies with the famous World War 1 story called – “The Christmas Truce”.  We were simply blown away from that story. From the way that those holyday songs were the trigger to bring the enemies to co-exist and celebrate together as brothers for one night in No Mans Land. And yet, the next day they just got back to bomb and kill each other.  It is an outstanding story that shows us the eternal hope of mankind, the power of music and the tragedy that despite all of that – evil still prevails.

(To learn more about the Christmas Truce, check out this article.)

The song includes a sweeping melody (with an Oriental flavor, of course), strictly clean vox by Kobi Farhi, string orchestration (recorded in Turkey — the only Muslim country where Orphaned Land is permitted to perform), and a message . . .

A lyric video for another song from the album, “Our Own Messiah”, appeared about a week ago, and I’m including it below, too. 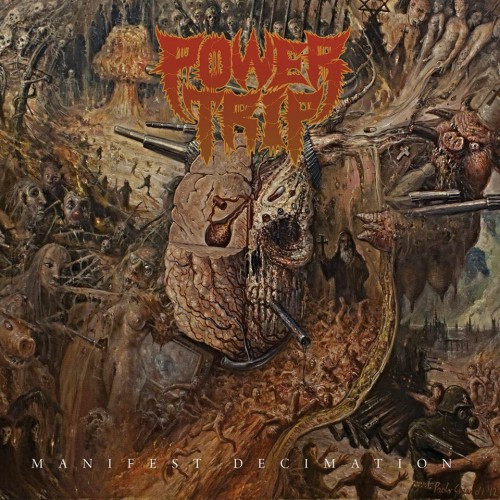 I discovered this Dallas band one month ago because the cover to their new album was painted by one of my favorite metal artists, the devastating Paolo “Madman” Girardi. The album is named Manifest Decimation, and it’s due for release on June 11 by Southern Lord.

The album’s title track premiered last month (featured here), and yesterday Southern Lord released a second track for free download. This one is named “Conditioned To Death”, and it’s another swift kick in the head (with a killer breakdown), blending thrash, punk, and crust into something that’s fuckin’ irresistible. The band’s motto seems to be “steel, speed, and destruction”, and that’s no lie.

The link for download of the song is right here:

And below the following handy links you can stream both of the tracks released so far. I should tell you that I’ve now heard the whole album, and it fuckin’ rips from beginning to end. Pre-order it here.