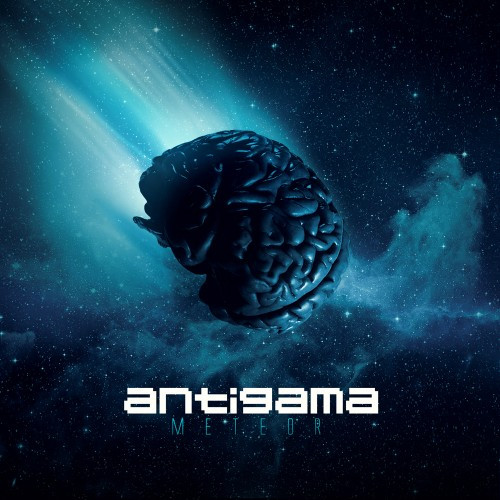 (NCS contributor Austin Weber returns with this review of the sixth studio album by Poland’s Antigama.)

If the metal-as-noise paradigm has any truth to it, grindcore has always pushed that maxim relentlessly, essentially willing you to find something enjoyable within such abrasive sounds. Of course the best grindcore bands have always had a knack for rising above mere raw aggression to take grind to a refined, more delicately controlled state of chaos. As a group, Poland’s Antigama have wisely merged the two schools of thought, which means they do spend time assaulting your ears in noisy fashion, but  do it with a more developed manner of songwriting with more structure, which I will dub “grown up grind”. They’ve been on this path since 2002 and over the course of numerous full-lengths and splits they’ve gotten consistently better and more disturbing with each release.

Meteor feels like the work of a band who are smartly aware of the current grind landscape and subtly bringing to their music certain sonic comparisons to the best elements of several top-tier grind bands. They’ve managed to channel the essence of Kevin Sharpe’s (Brutal Truth) deep, barked enunciations as well as having an influence from their death-metal-meets-punk riffs. They also have more than a few toes dipped in the Pig Destroyer school of deathly diverse riffing and complex suffocating drumming, and they tie all this together with a production reminiscent of Mumakil.

The end result is murderous and catchy but with an oddball side to it that is uniquely Antigama. From the very beginning they always had an experimental nature that’s set them apart from the pack. However, they’ve been greatly refining this aspect of their sound for some time, culminating in out-there extremes like “Paganini Meets Barbaplex” and the ambient film score feel of “Black Planet”. the closer off their last record, 2009’s Warning. 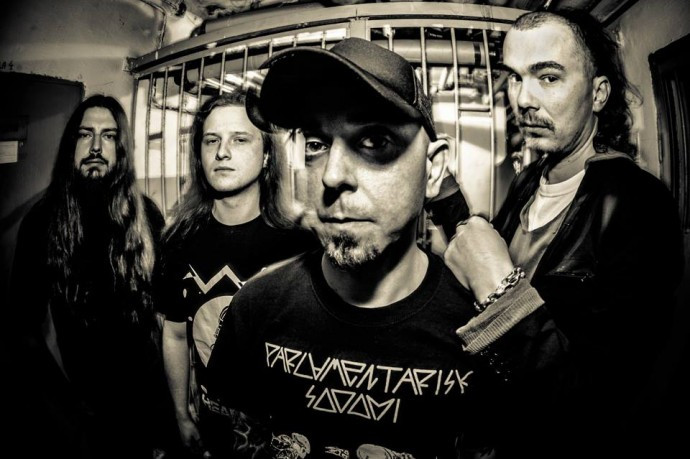 Meteor is no exception to these unexpected jarring inclusions with which Antigama have grown so fond of perverting their music. In fact, instead of being just a part of who they were before, now it seems to have seeped into just about every track on this album. This time they again offer up some trippy instrumentals in the form of tracks like the unnerving “Turbulence”, high on a harsh buzz that alternates with clean playing and a funky drum beat with hypnotic electronics that divebombs into metal territory toward the end, layered with a wonky keyboard solo finish. Another out-there track is the futuristic, spacey grind of “Stargate”, littered with warbling synths and odd sampled voices reverberating amongst robotic pulses of electronica. Rounding out the experimentally focused moments is the humorous scat-singing that appears toward the end of “Fed by the Feeling”, an interesting slower track propelled by punk rock riffs.

Beyond these experimental tracks there are several purely pummeling numbers such as  “Perfect Silence”, “Prophecy”, and “Collapse” . Still other tracks follow a different path entirely and are interestingly structured to grind, then slow down and build to an angry climax, a nice trick that breaks up the music on tracks like “The Key” and “Crystal Tune”. The title track also has a mid-paced feel part of the time but speeds up occasionally from its lurching groovy base to drill into your brain with grind spurts and stops.

Closing out Meteor is the unsettling “Untruth”, a massive song full of vitriolic twists and turns. The song starts in an ambient soundscape world until that vanishes, replaced by drums and guitars trudging along with a  slow building riff layered by burly growls that stumbles on in misanthropic fashion. That is, until a massive chugging breakdown stomps into place, anchored to noisey riffs and lead fragments that fizzle out into the fuzzy voice clips that end Meteor, saying goodbye, followed by the sound of a phone clicking off.

With only 11 tracks, Meteor has one of the shortest track listings I’ve personally seen in grind for a full-length. In Antigama’s case this was a wise choice and a sign of maturity after so many albums. Each track is killer and memorable instead of coming across as one mass of music that blurs together like a lot of grind. Meteor is not only Antigama’s personal best, but also the best grind album I’ve heard in 2013.

Meteor is out now via Selfmadegod Records. It was recorded at Progresja Studio in Warsaw with producer Pawel “Janos” Grabowski (Masachist, Lost Soul) and mastered by Scott Hull (Agoraphobic Nosebleed, Pig Destroyer). The album also features a guest appearance by Michal Lapaj from the renowned Polish progressive rock band Riverside.