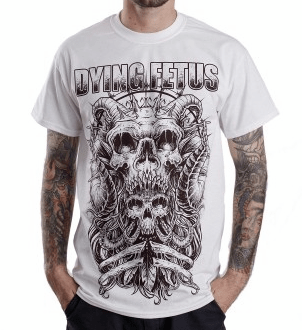 In the straight world there was a time (eons ago) when fashion designers decided it would be an edgy new thing to produce fashions in monochrome black, giving rise to “black is the new white” proclamations. That’s ancient history, but not as ancient as black clothing in metal.

Wearing black has been the fashion choice of metalheads since, well, forever. Black band shirts, black jeans or shorts, black boots and shoes, more recently black hoodies — you wear black or you get the fuck out. When people try to make the point that supposedly anarchic metal culture is really more conformist and rule-based than you might think, the black uniform is usually marked as Exhibit A.

But lately I’ve been noticing more white band shirts for sale. I’m not talking about hardcore and straight-edge bands — white shirts in those scenes go way back. I’m talking about that new Autopsy shirt up there (being sold here). Or this new one at The Vault of Dried Bones for Mitochondrion, featuring Jeremy Hannigan’s killer art: 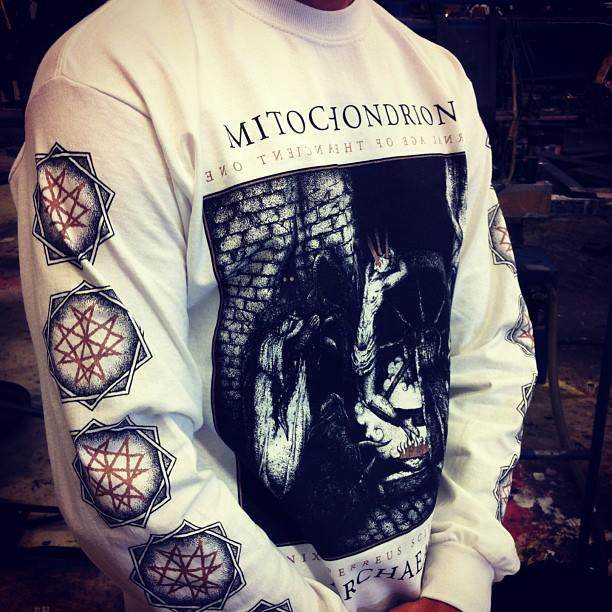 I think both of these shirts kick ass (as do both bands), but I must say I’m surprised to see bands at their levels of extremity with white shirts. And speaking of white-shirted extremity, here’s another one I saw recently at the Hells Headbangers shop: 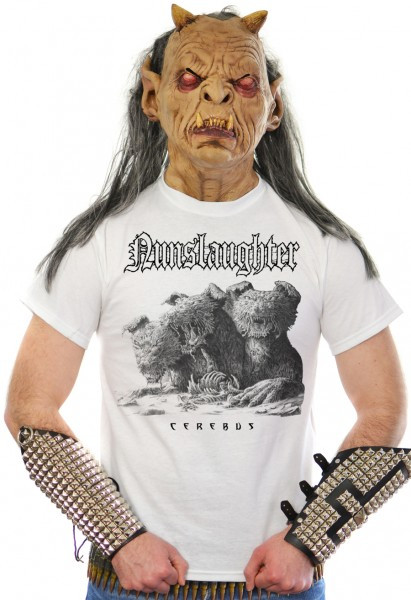 Or how about this one with an iconic image that I recently saw at the Iron Bonehead store, though it may not be quite as recent a creation as the ones above: 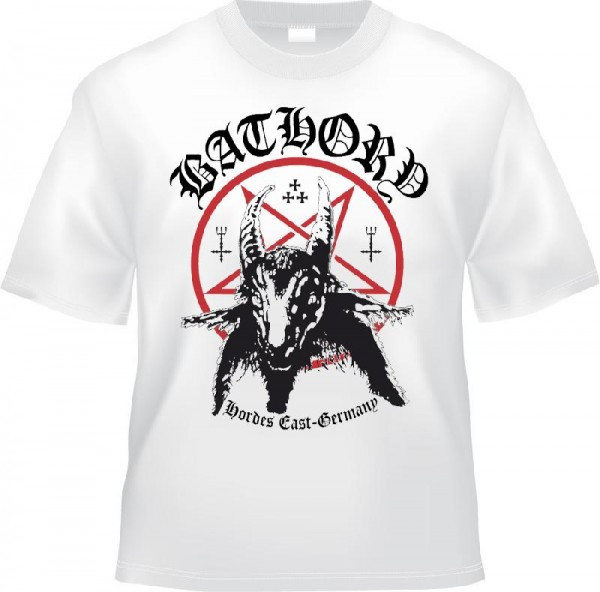 I’m not really claiming that this is the beginning of a new metal fashion trend. I’m sure that white shirts for extreme bands have been released before, and maybe it’s a coincidence that I’ve just now noticed a bunch of them in a short span of time. But I’m still trying to wrap my head around the concept.

On the one hand, the art on the shirts I picked as examples is excellent, and the white shirts would certainly stand out in a typical metal crowd. But I’m not sure I could bring myself to wear these (even though I did order that Mitochondrion shirt for myself ). It just goes pretty hard against the grain, if you know what I mean. Maybe I’m too much a participant in herd mentality myself.

What do you think?  Would you wear a white band shirt for an extreme band?  Do you have any white band shirts? Do you know of any good ones that are worth sharing?  DISCUSS, please.

36 Responses to “IS WHITE THE NEW BLACK?”