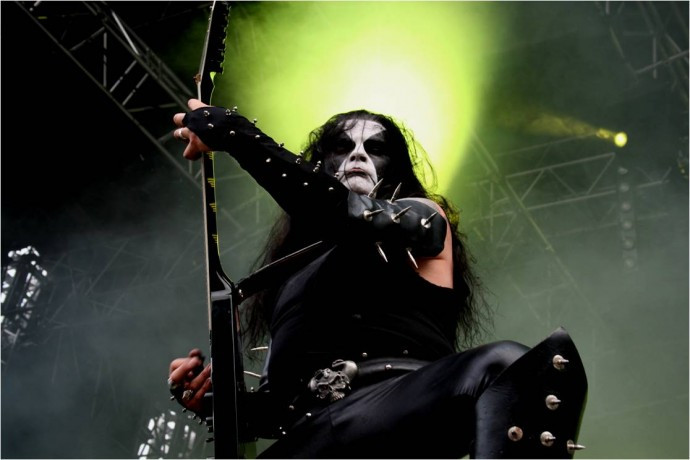 Here’s an interesting discovery (via a Facebook post by a record label that I saw this morning). It’s a feature on StumbleUpon.com. I don’t know how long it’s been available because I don’t frequent StumbleUpon, so maybe this is really old news. It’s called “Neverending Playlist”. You type in the name of a band and it creates a playlist of songs by that band.

I typed in the name “Immortal”. I don’t know why, but that’s the first name that popped into my head. I got a playlist of 50 songs. The songs play automatically, from one to another, so you can start it going and then do something else. You can pause and skip songs, too, if you want.

It looks like all the songs are retrieved from YouTube, so StumbleUpon hasn’t compiled its own library of music. But there’s obviously a lot available on YouTube. For example, 50 songs by Immortal. It’s not really “neverending”, though. I was interested to see if StumbleUpon would make new Immortal music once it had exhausted Immortal’s entire existing discography and continue playing from now until the end of forever.

But I’m not going to sue them for false advertising, because I was pretty happy with my Immortal playlist, though it did get stuck fairly early on All Shall Fall. Here are the first five songs the Neverending Playlist served up for me, which I listened to while waking up:

“One By One” (Sons of Northern Darkness)

“Solarfall” (At the Heart of Winter”)

“Unearthly Kingdom” (All Shall Fall)

“Arctic Swarm” (All Shall Fall)

“Mount North” (All Shall Fall)

This is actually a better way to find all of a band’s music on YouTube than searching on YouTube, because the YouTube results deliver a whole bunch of unrelated crap. And although I haven’t done much testing, it looks like StumbleUpon has done a pretty comprehensive job of indexing. Although Immortal is a very well known band in metal circles, I tried Kroda from the Ukraine — another of my favorite black metal bands but more obscure than Immortal — and got a list of 7 YouTube tracks, and they’re cool ones, too.

Go HERE if you want to play around with this. These are the first three of those Immortal tracks and the first two Kroda tracks, just for the fuck of it. It’s good listening.