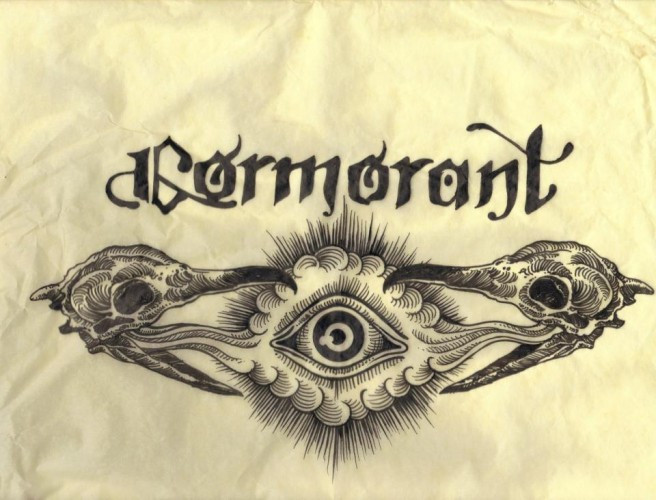 I was extremely disappointed to learn last fall that Arthur Von Nagel had (amicably) parted ways with Cormorant to pursue a career in the video-gaming business (details reported here). That band was a powerfully talented collective, and Arthur was unquestionably a key part of its appeal. On the other hand, Cormorant encompassed a lot of other talents, too — and now the band are on their way back with a new vocalist and a new album.

As reported here within the last hour, Cormorant are preparing to enter Trakworx Studio in South San Francisco this coming September to record the follow-up to 2011’s remarkable Dwellings, and the new album is projected for release in late 2013 or early next year.

According to that same press release, “the band’s third LP will further explore the black metal and doom influences found on Dwellings and will also mark the first appearance of new bassist/vocalist Marcus Luscombe (VENGINCE, ex-CLOAKWHEEL).”

The band included this statement in the report:

“We’re excited to have Marcus Luscombe join Cormorant for our next album. Marcus is a Bay Area native who has been active in the metal scene since 1999 as lead guitarist, songwriter and backing vocalist for Vengince (Ivory Tower/Cargo Records) and lead singer, lyricist and guitarist for Cloakwheel (Nightmare Records). We’re very impressed by his creativity and musicianship, and we look forward to utilizing his talents on the upcoming record and beyond.”

Although I still regret Von Nagel’s departure, I have to say I’m very excited about this news.

If you happen to be new to Cormorant, their entire discography (including Dwellings) is currently streaming on their Bandcamp page at this location.

8 Responses to “CORMORANT ARE BACK, WITH A NEW VOCALIST AND A NEW ALBUM ON THE WAY”