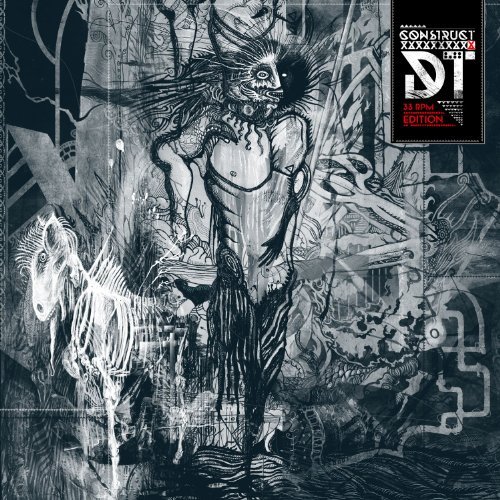 (DGR reviews the new album by Sweden’s Dark Tranquillity, with all four officially released album tracks to stream at the end.)

When a band has become as storied as Dark Tranquillity, new releases can pose a bit of a challenge. It seems that at some point pretty much everyone in the metal community has crossed paths with these melodeath veterans, and their opinion of them has largely been marked by that experience.  Reviewing a new release by a band such as this one is also difficult; you don’t want to spend a whole review comparing a newer work to past albums because you tread a very thin line between either sounding informed or accidentally painting the new disc as derivative and making yourself look like someone who can’t let go of past glories.

Construct, which saw release at the end of May, is a tale of two albums. It is an album that feels a bit like a career retrospective, yet it also includes some of the most daring work the guys have gotten up to in a while. Construct is the furthest that Dark Tranquillity have spread their wings in their career.

On We Are The Void it really felt like they had pushed the style that they had used on Character and Fiction – a sound that is more straightforward melodeath and really represented a more refined Damage Done. The crazy part about Dark Tranqullity’s career arc, however, is that they also produced a couple of slower, mid-tempo, synth-filled affairs in Haven and Projector, and until now, those albums had represented the points at which the band had most changed things up.

If you were to put Dark Tranquillity’s discs on a spectrum, then, Construct would lay closer to the Haven/Projector side of things. However, if you’re spooked by that mention, then you need to stick around – because Construct is one of those times where almost every experiment works really well. 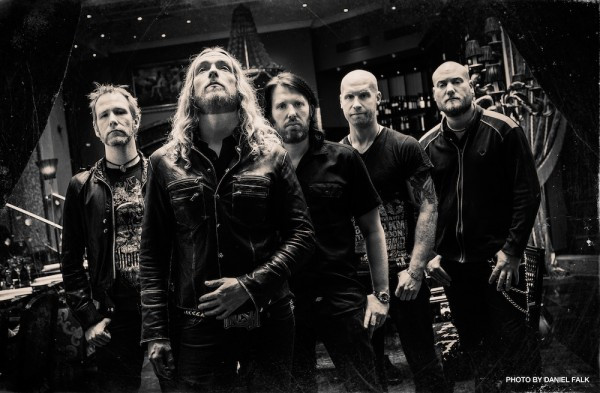 Easily one of the most notable changes during a trip through Construct is the usage of Mikael Stanne’s clean singing this time. He breaks it out for quite a few different songs during Construct, instead of reserving it for only one or two, as he has previously. Folks who heard the song “Uniformity” prior to release have had some time to familiarize themselves with this change, but to be honest it’s not a deal-breaker in any event. It might be a big deal if the man couldn’t sing or the vocal melodies were poorly written, but neither is the case on Construct. It doesn’t feel shoehorned in one bit, and the songs that do make use of it sound as if they were written around those vocals, so there’s no stark contrast between the song and Mikael hamming it up in any sense.

With that in mind, there’s still a surprise in store once you hit the song “State Of Trust”, because even the clean singing that you’ve gotten used to during previous songs changes here – and the song also delivers a hammering groove throughout. It’s actually a pleasant surprise. I wouldn’t risk proposing it as one of the most infectious songs of the year, but as something so different for Dark Tranquillity, it has definitely proved to be an interesting highlight from Construct.

The group do still see fit to provide plenty of the screams and growls that are their bread and butter, so there’s no worry that the band have gone power metal. It’s just that Construct is such a different and varied disc that the songs really don’t sound as if they were all borne out of one session or theme – at most, you can group together certain collections of tracks, but the whole experience will take you to some very different places.

I name-dropped a bunch of different albums from their discography in the beginning of this review – largely due to the fact, as noted, that you can take this album in two different ways. Construct can be heard as a brand new album, and in that sense it’s good. It’s not an amazing revelation of music, but the band have managed to freshen things up just enough after seemingly expanding their established formula right to its breaking point on We Are The Void. Each song feels like something different, and the way the band have paced the album highlights this experience: There’s no blurring of song tracks here. You get a mid-paced song, then a slower one, then the meat for the fans of Dark Tranquillity-goes-fast melodeath, and then one of the more experimental clean-singing songs. 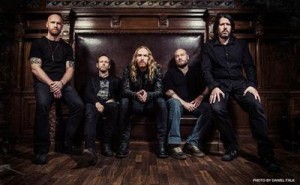 Construct can also be approached as a collection of new tracks that have quite a few call-backs to earlier parts of their career. It’s as if they pulled out older material and molded it to newer purposes. You can hear so much influence from Projector at times that Construct does feel like its spiritual successor. The piano and synth that album is known for aren’t overbearing here, and when they do appear they complement the rest of the song really well. Those elements also fade away in the shadows for a couple of songs, and at those points the songs sound as if they could’ve come off of Character or Fiction – like the song “Apathetic”. The song isn’t derivative, but had it appeared on either of those previous discs it likely would’ve been one of the ones constantly mentioned in reviews then, too.

The US Edition (which I believe is just a special edition in Europe) has two bonus tracks as well, although to be fair one of them is a two-minute instrumental, so it’s actually more like one extra song and a segue. “Immemorial” is another slow crawler of a track that actually reminds me of a lot of the bonus stuff that was coming out for We Are The Void. After that album debuted, it seemed as if the band released a whole other disc’s worth of bonus tracks, and all of them were pretty slow-moving as well. “Immemorial” sounds like it came from that era but has Construct’s mix. Hell, according to the Metal-Archives section on this album, Japan and Korea get all of those songs as bonus tracks for this disc – which is fucking nuts.

“Photon Dreams” is a simple instrumental, which you could view as being tacked on to “Immemorial”, thus transforming it into a seven-minute track. It’s hard to say whether Construct should end on this song or if it ruins the flow, but it is the very definition of “Hey, here’s more music”.

Construct actually leaves you with a positive impression of where Dark Tranquillity are. Maybe it’s the fact that previous discs really felt like they were literally grabbing every idea left, but their changes on this album sound natural. It’s a collection of good-to-great songs (barring the one bonus), and their more experimental songs may actually be the first moments in a long time where the band will succeed in grabbing legitimate new converts to their sound.

Even old fans will feel it in those moments, too. You’ll be listening to one of those songs and going, “Wow, I can really feel this appealing to whole different groups of people”. It seems weird to say that Dark Tranquillity will grab new people this late in the game, but those songs are expertly written. The ones that will appeal to older legions of fans are also pretty great. I’ve jammed “Endtime Hearts” and “The Silence In Between” more than their fair share.

Basically, on Construct Dark Tranquillity have shed all excess baggage, and as a fan it feels good to see them trying new things — because the only thing they can do from here on is surprise us. They’re still a solidly melodeath band at their core, but by melding older material into newer forms and just outright stretching their wings to the furthest point yet, they’ve created an album that is exciting. It’s a quiet enthusiasm, but I can see this disc becoming a dark horse for year-ender lists. This isn’t one of those ones where you must hypnotize yourself into liking it — it grows on you easily.