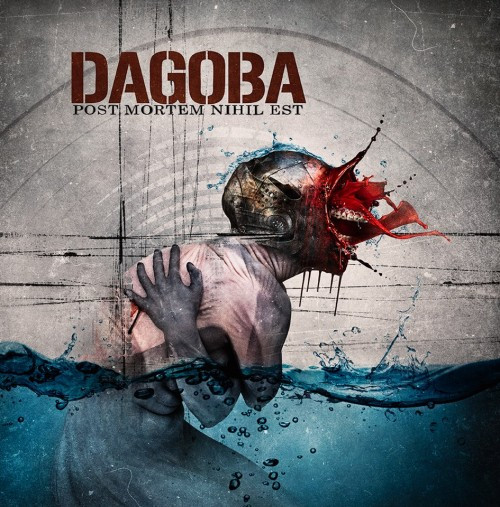 (DGR reviews the new, fifth album by Dagoba, which is being released in North America today via eOne Music.)

“Groove metal” is one of those phrases that frustrates because it feels like it doesn’t really mean anything. It seems like a catch-all for bands that we have difficulty defining and it has wound up a resting place for groups that are, in essence, really heavy but don’t rely on guitar leads and solos as more traditional bands tend to. It has also become the bastion and hiding place for modern day nu-metal groups. Thus, it’s unfortunate when a band winds up being pigeonholed into said genre, because even if they’re a really good group, the amount of baggage attached to the label tends to bring out an insane amount of vitriol from fans.

In some quarters, such has been the fate of Dagoba, a four-piece groove-oriented band who hail from France and who alternate from being crushingly heavy to straightforward metal with clean singing implemented, often within the same song. They’re a band who’ve caught some undeserved flack (and some deserved, the band sometimes doing themselves no favors with their chosen performing names). I would almost breathlessly recommend two of the group’s previous albums, Face The Colossus and Poseidon, as examples of well-done groove and in general as really good albums. That’s why the new disc, Post Mortem Nihil Est, was so interesting from the outset. The group — armed with a new guitarist in Yves Terzibachian and some fucking incredible artwork courtesy of Seth Siro Anton — had some serious work to stand up to: Poseidon was one of my favorite discs the year that it hit.

Post Mortem Nihil Est is an album that thematically seems to deal with various end-of-the-world scenarios and mass extinction events. You know, metal stuff. Quite a bit of the material is very on-the-nose, but it’s a very loose thread running through the whole disc, even less so than the already tenuous one that tied together much of Poseidon. Basically, the way it plays out is that most of the songs tend to be on-message, but should the band have a desire to write about something else, then they will.

As a band who have caught what seems like tons of shit for including as much clean singing as they do, they’ve always been really heavy sounding. Dagoba are huge fans of the wall-of-sound production style, and things haven’t changed too much for this release either, barring some minor variations, such as a somewhat clickier drum mix. Post Mortem Nihil Est still sounds a bunch like the sound they established and ran with for the two albums prior — this disc is massively loud.

Another reason why the band crushes when they aren’t gussying things up is drummer Franky Constanza, who is an absolute monster behind the drum kit. The guy is just so goddamn fast that there are times when he is the sole reason a moment in a song can be ranked as heavy metal. He is clearly in love with the double-bass pedal, too, because wow, does that thing get a ton of work. It’s always been one of the pluses for Dagoba that even in their slowest moments Franky is going to find some way to sneak in a roll or two; the guy can follow any guitar chug or drill with pinpoint accuracy. Given even a regular sounding rock guitar riff, of which there are a couple spread around the new album, Franky will just hammer away at it.

You’ll have plenty of time to get used to the bass drum tone the band have chosen here. Sometimes it’s a little high and tends to drown everything out and other times there is just enough detectable deadness to the sound that it can seem like a two-by-four is getting the shit beaten out of it instead of the drum kit. It doesn’t hurt the overall album too much, but it is one element that makes up an otherwise loud album.

Given the success of the song “Black Smokers” from Poseidon, it isn’t too shocking that Dagoba would let more elements of that song work their way into the music; which means you get more of Shawter actually singing this time around. Once again, there are full tracks where he screams his lungs out in a very hoarse growl, so the mood of Post Mortem Nihil Est tends to bounce back and forth, but those songs blend well enough with the ones where they use the scream-and-sing approach and the ones where he sings cleanly throughout that the album doesn’t sound inconsistent. Dagoba seem to have become more confident in using his voice to buoy full songs as their career has progressed, so this album includes  a couple of tracks that feature full-on power choruses.

Case in point: “The Great Wonder”, for which the band have filmed a music video. That song is probably the most ‘rock’ the band have ever been, but holy hell is it catchy. I started out not digging on the song too hard (falling more on the “I, Reptile” side of the spectrum – which is a crusher of a track), but a few days later still found myself with it stuck in my head. It’s punchy, simple, and probably only going to work once — but good on them for making it work this time. The cymbal-to-snare hit that comes after the first chorus is just fantastic.

You could attack “Yes, We Die” for having the same credentials, but I really like the megaphone-vocals approach that they put to the clean-sung sections, and Shawter screaming his way through the whole chorus probably shoots in the foot any chance that song is going to be accused of being written for radio play.

On the heavier side of the spectrum, though, are seven other songs (and one instrumental, in “Nevada”) that consistently blast and chug their way through things. Many of Dagoba’s riffs are followed by the bass drum, so every song has a huge booming quality, and even straightforward chugged-up riffs can sound like they are out of death metal discs here. Long-time fans of the band even get two shoutouts in the form of a frequently used and familiar sample from Shawter’s library (he controls the sampling and very light industrial elements of the band) in “The Realm Black”, and “Kiss Me, Kraken” sees the group appropriately returning to the sea for one of the heaviest songs on the album. 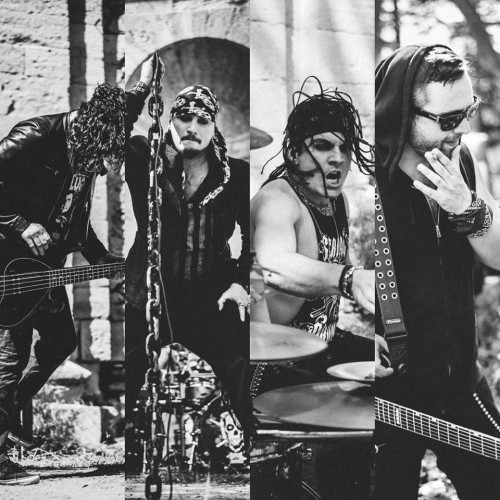 Post Mortem Nihil Est is Dagoba gone dark (or about as dark as they can get), dealing with things like death for subject matter, and as a whole it comes very close to achieving the same highs that Poseidon did three years ago. It doesn’t feel like this album was written to try and repeat that disc, so in that sense the fact that they’ve kicked out another impressive Dagoba record is to be applauded. It’s nice to see that the band haven’t foregone their tendency to piss people off who really want to like them, yet can’t get past the good cop/bad cop clean-singing element of their formula. I’ve always felt it worked; it would be a bigger deal if Shawter couldn’t carry a tune, but the guy has a powerful singing voice, and rarely does it ever feel like it’s been shoehorned in simply for the sake of having a clean-sung section.

But you know how some folks can get. Some songs on Post Mortem Nihil Est will appeal solely to the fans who just want to hear the crushing side of the band – and they do dispense a large amount of that here. “By The Sword” seems written solely for that purpose, and to put one hell of a punch at the end of the disc.

The whole CD stands up consistently well with what Dagoba already have in their discography, and so it provides another recommendation on my end for folks looking for a full-on groove disc. You could probably view Post Mortem and Poseidon as two sides of the same coin and run them back-to-back for one hell of a long-play album, too. The band matured into a sound a while ago and since then have been working on playing within those boundaries. They haven’t started to sound tired of it yet, and Post Mortem shows that they haven’t yet exhausted their ability to do it well.