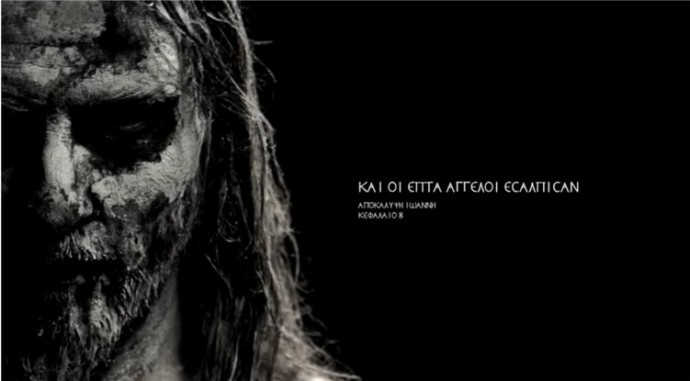 Andy Synn’s review for this site of Rotting Christ’s new album, Kata Ton Daimona Eaytoy, described it as “a heavier and more aggressive album” than the band’s preceding two releases, and “one that wraps itself in a more black metal aesthetic than we have seen from the band in some time, recalling the bands Non Serviam years, but with added extremity and muscle.” But as Andy noted, although the album is built more on a foundation of black metal guitars and thunderous drums, it’s not without its more esoteric moments, with the ominous, gothic vibe of doom-laden closer “Χ ξ ς” (666) as a prime example.

Today the band premiered an official video for “666”. The beautifully executed black-and-white film by Jon Simvonis captures the dramatic, occult atmosphere of the music and, like the song itself, leaves no doubt that Rotting Christ have not severed the black roots of their past. Watch it next:

Kata Ton Daimona Eaytoy, was released by Season of Mist on March 5, and the entire album can now be streamed via Bandcamp. So let’s do that, shall we?