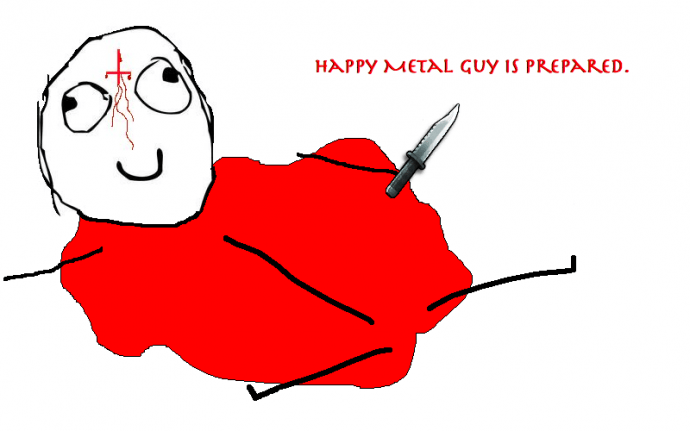 (I’m still reveling in the continuing outpouring of wonderful comments that have been appearing on a post yesterday, which invited readers to list five albums that changed their lives. They are like a series of very personal memoirs about the writers’ journeys into heavy music, and I hope they continue coming. Fellow blogger Happy Metal Guy decided to do more than provide a list in a comment. This is the more that he decided to do; although HMG writes in the third person, he really wrote this, not I.)

Although Happy Metal Guy mostly blogs about stuff related to metal music nowadays, it does not mean that he had a long history with the genre. He actually started out listening to many bands that would be considered to be ‘unmetal’ by many heavy metal fans, and believe it or not, the following bands actually paved the way for his eventual interest in metal music, which happened merely seven years ago.

As the supreme headless cyborg Islander said in a comment on his post that prompted this very post you’re reading, recalling five albums that changed one’s life is different from traditional lists in that all one requires is honesty and a good memory.

So here’s what you have when Happy Metal Guy is honest and has a good memory: a brain-rupturing, ear-exploding, eye-bursting, mouth-frothing, nose-bleeding, skin-crawling, and abominable combination of words that would make many of you want to dismember and decapitate him, then send each piece back into various time periods and instruct the people of each time period to blunderbuss each piece before throwing it into the incinerator. 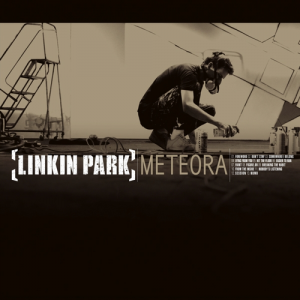 Most people would pick Hybrid Theory as their favorite Linkin Park album, but not Happy Metal Guy; he’s too mainstream for that. Meteora was the one that really clicked with his teenaged self back in 2004, mainly because of the hit singles “Numb” and “Breaking the Habit”. Vocalist Chester Bennington’s well-delivered angsty screams and mellow clean singing were what hooked Happy Metal Guy and got him into popular music. So Meteora was the record that kick-started his bad habit of buying and collecting music CDs instead of LPs and conditioned his ears to react well to screaming in recorded music. So really, Linkin Park started him down the (metal) path of no return!

2. Taking Back Sunday – Where You Want to Be

Oh yeah, Happy Metal Guy used to be so into emo music. Taking Back Sunday was really hot back in 2005, and this was their first album that he really got into, mainly because of the song “A Decade Under the Influence”. This band has virtually no connections to the kind of extreme metal Happy Metal Guy listens to these days, but they should be credited for making Happy Metal Guy tired of listening to whiny singing and move on to metalcore for the manly singing that is delivered by pubescent high school dropouts brimming with boyish charm.

3. Silverstein – When Broken is Easily Fixed

Happy Metal Guy doesn’t actually like every song on this debut studio album by the famous Canadian post-hardcore band; he only really likes “Smashed Into Pieces”, which is the opening track. He was utterly enamored by it when he first heard it on a Victory Records sampler disc back in 2005. Vocalist Shane Told’s infectious alternation between silky-smooth clean singing and throat-rending screaming had Happy Metal Guy sold like a Chthonic fanboy facing a Doris Yeh calendar with his wallet in dangerously close proximity. Also, it made him explore other metalcore bands with vocalists that also utilized both clean and harsh vocals and, eventually, he found himself sinfully forehead-deep in metalcore. By the way, the cool ‘walking backwards’ introduction sequence was simply reversed footage of the band members walking away from their instruments. The same also goes for the ending sequence. 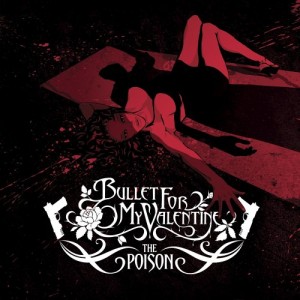 4. Bullet for My Valentine – The Poison

Arguably the most ‘metal’ of the records in this short list, Happy Metal Guy first heard their song “Hand of Blood” in the soundtrack of the Xbox 1 game, “Burnout Revenge”. It was the heaviest stuff he ever heard back in 2005 (what an important year for Happy Metal Guy!) and he went to hunt down this album at HMV. Once he heard the other tracks on The Poison, however, Happy Metal Guy took a greater liking to the song “All These Things I Hate (Revolve Around Me)”. Okay, here’s where it gets a little fuzzy; Happy Metal Guy can’t exactly remember what other metalcore bands he listened to after being exposed to this record, but it was something like a whole bunch of other metalcore acts that he had found in Amazon.com search results and through watching Victory Records’ podcast series, “VicTorV”.

Now, this is just odd. An alternative rock record by a band whose members are Christian? WHAT’S IT DOING HERE?? Hey, good music’s good music, regardless of whether or not the members are Christian. Also, vocalist Stephen Christian said before that while Anberlin’s music is inspired by the band members’ personal life experiences, he does not consider it to be “Christian rock”, as so many people like to call it. Anyway, the melancholic hit single “Paperthin Hymn” made Happy Metal Guy cry a river, metaphorically speaking of course; macho men such as Happy Metal Guy don’t ever cry y’know? They only cry when chopping onions or playing F.E.A.R. 1 in the dark woods with Slenderman watching over their shoulders. Happy Metal Guy thinks that this particular Anberlin song made him so addicted to sorrow in sonic form that he started seeking out mellow-sounding extreme metal, which probably happened some time in between 2008 and 2009. This means stuff like a few songs by Atreyu, Finnish melodic death metal, and the start of his exploration of modern forms of black metal.

Well, well, well, Happy Metal Guy thinks he sees a few silhouettes with pitchforks and burning torches just outside his living room window now. May he rest in pieces.