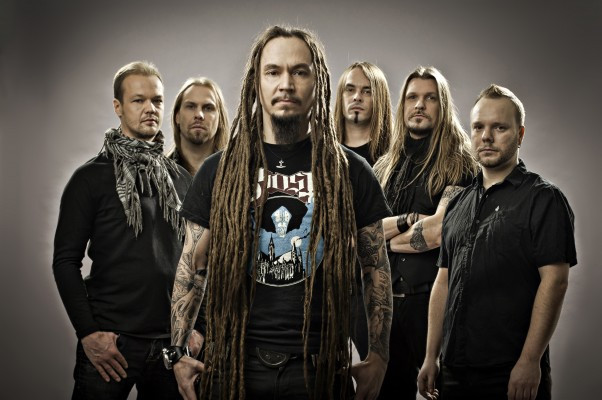 (Andy Synn delivers yet another list of favorite things that come in five’s. And to quote one of the most memorable comments we’ve ever received, almost everything in this list “runs totally contrary to NCS statement”.)

So today’s post was originally going to be a review of an awesome black metal album I’ve had on the backburner for a few months now… but instead I did this. So sue me. I like singing.

Ballad need not be a dirty word in metal. Although I share with you a general distaste for the way in which most mainstream rock/metal bands defecate a steaming pile of melodramatic emotion onto a disc just to prove how “sensitive” they are, I’d say that by now we can spot these sort of box-ticking attempts at cross-over appeal a mile away. You can tell when a band is trying too hard, or when it’s done just because of the “hit factor”.

But what I’m talking about here are the sort of metal ballads that are both organic to their creator’s sound (as opposed to say, how every other tough-guy groove metal band has a generic ballad-y love song “for the ladies” to show that although they’re ‘dangerous tough guys’, they’ve really got a heart of gold…) and also still maintain that sense of power and depth, and often complexity, that has become synonymous with the metal genre.

So, anyway, here’s five of my favourite, artistically rewarding, emotionally affecting, metal ballads. You’ll find that they’re mostly (say 75-85%) clean sung, but I don’t think that should be a bar to the appreciation of a quality song. What’s more each and every one just fits with the sound and identity of the band as a whole.

AMORPHIS – FROM THE HEAVEN OF MY HEART

If we’re talking about organic, then we have to think of Amorphis. Their back-catalogue is replete with potential entries for this list. In fact, I almost went with “The White Swan” instead, one of my favourite Amorphis songs, before plumping for the gleaming brilliance of “From The Heaven Of My Heart”, which is probably more obviously-balladic. Despite dispensing with the death growls altogether, in favour of focussing on Tomi Joutsen’s honeyed singing voice, it works so well, primarily because Amorphis have of course always had a keen grasp of pure melody and the skill to use it to its full potential – interesting and evocative, without pandering to the lowest common denominator.

Does a ballad have to be all clean vocals? I’d say not. The thunderous, expansive chorus of “Iridium” is testament to that. Mikael Stanne’s soothing melodic delivery might lead the song, but it’s his primal roar that brings it to its peak. This slow-burning, intricately arranged number, is by far one of my favourite Dark Tranquillity songs, and the depressive mood it conjures is absolutely perfect for this list.

Dark and doomy, and absolutely beautiful, I’ve had this song in my head for ages, but couldn’t for the life of me remember what it was. I had a faint inkling that it was Daylight Dies though, and tracked it down to their latest (and fantastic) album A Frail Becoming. Six minutes of vulnerability and anguish, with some utterly sublime guitar work to boot, it actually kicked two other songs off the list – “Woke Up Lost” (also by Daylight Dies) and “The Drapery Falls” (yes, the Opeth classic… I think it fits the bill, even if it didn’t quite make the cut in the end).

Controversial choice? Maybe? Hopefully not. For me personally it supersedes the original, and the melding of massive, doomy chords, and solemn country twang provide one of those rare moments in modern Metallica history where the band found a coherent, and distinctive, new voice for themselves. Of course, it helps that Hetfield’s voice was (arguably) at its very best at this point, and that the song’s mix is absolutely huge, providing a powerful backdrop to the song’s soaring melodies and brooding melancholy.

NEVERMORE – BELIEVE IN NOTHING

Ok, so Nevermore are (were) absolute masters of the ballad format. With one or two per album, they rarely dealt with professions of Hollywood-style love and devotion, preferring a more tortured and sombre approach – both lyrically and melodically. Choosing just ONE of theirs to include here was probably the most difficult part, as they all have something to recommend them. The bleeding sorrow of “The Heart Collector” (and traditionally stunning solo) was a close contender, as was the pained resignation of “Tomorrow Turned Into Yesterday” (and its awesome solo ), and the bleak, horror-tinged “Sentient 6” (with its crushing ending). But in the end it had to be “Believe In Nothing”.

That’s right. The whole album. The entire thing is almost a series of haunting anti-ballads dedicated to self-loathing and self-destruction. Niklas Kvarforth was only half-joking when he said it was going to be the band’s “pop” album. But as soothing as some parts are, it’s also an incredibly disturbing collection of emotional scars and unhealed wounds.