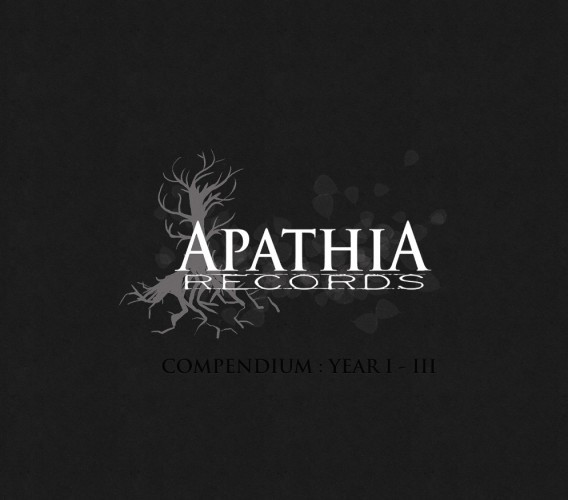 Apathia Records is an independent French record label founded in 2009.  They say they have only one rule: “We sign what we like.” The truth of this statement is demonstrated by a digital compilation of music entitled Compendium: Year I – III that Apathia has just released for free download.

The compilation consists of 11 tracks by 11 different bands, and stylistically the music is all over the place (and includes bands that are outside the realm of what we usually cover at NCS). It includes groove/thrash from Heart Attack; death metal from Genital Grinder and Como Muertos; gothic avant garde by Wormfood;  ambient rock/metal from Përl, Lyan, and Blien Vesne; post-rock by What Mad Universe; and mind-fucking music that there’s simply no easy way to describe from Pryapisme, ÖXXÖ XÖÖX, Abstrusa Unde.

I managed to track down embeddable streams of all the songs on the comp except the one by Heart Attack and I’m including them after the jump (for Heart Attack, I’ve got a different song from the same album that includes guest vocals by Shawter of Dagoba).

To get the compilation, go to THIS PAGE. When you get there you will have to like Apathia on Facebook, tweet them, or give them a +1 on Google Plus to unlock the download. The digital file includes a digital booklet. Check out the song streams next.PRYAPISME