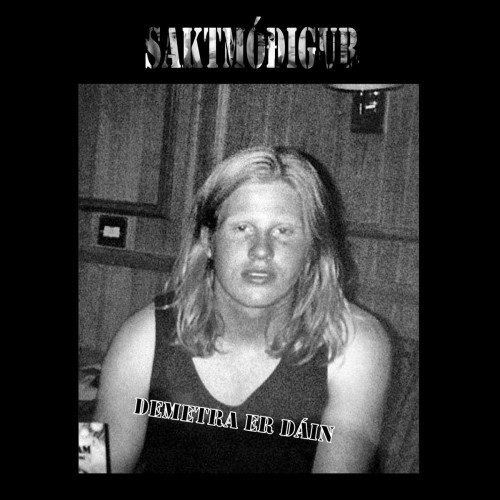 Word of mouth is still a good way to find new music, especially when the word comes from Iceland’s Sólstafir. They wrote something in Icelandic on their Facebook wall a few days ago about a band named Saktmóðigur who are scheduled to perform at the Eistnaflug festival this summer, and provided a link to a song. Figuring that it would take less time to listen to the song than to grapple with Google Translate’s mutant efforts to render Icelandic into English, I listened.

The song turned out to be one of three on a free digital EP released by Saktmóðigur last month. The EP’s name is Demetra er dáin, which means “Demetra has died”. I got that from a posting by the band, not Google Translate. I also read that Saktmóðigur are based in Reykjavík and were formed in 1991 (!). Their first release was the tape cassette Legill in 1992, followed by two 10″ vinyl EPs in 1993 and 1996. They’ve also released three full-length CDs, Ég á mér líf (1995), Plata (1998), and most recently Guð hann myndi gráta (2011).

The EP grabbed me by the throat, but I have to tell you that it’s off the beaten path at this site. The music is more punk than metal, and the vocals aren’t the usual bestial growls or acidic shrieks that tend to rip through most of the music I write about. I also really wanted to sing along with these three tracks, if only I had a phonetic guide to the Icelandic lyrics. But none of that means the music is pretty or sweet. 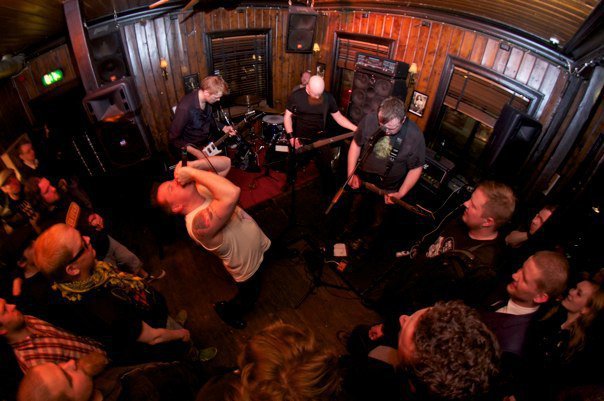 “Kobbi V” is one of the most infectious songs I’ve heard all year, but the riffs are thick, the lead guitar squalls and shrieks, and the clean vocals turn into shrieks, too. “Sannleikurrin” is even more raw and rancid. You get the hint with a load of sludge-filled bass notes at the outset, and the vocals fall somewhere between violent throat-clearing and bile-vomiting, but damn if it’s not catchy, too. “Bylting” is probably the closest to a stripped-down, stepped-up punk rhythm, but there’s pleasing distortion in the sound, and the vocals come off like a drunken rant.

The music is built for moshing, or getting beered up and yelling at the moon. But even without indulging in your drug of choice, you can get plenty of enjoyment out of the hooks Saktmóðigur stick in these songs and the dark, nasty vibe the music radiates. Give the three songs a spin below, and download ’em if you like via the Bandcamp link below.