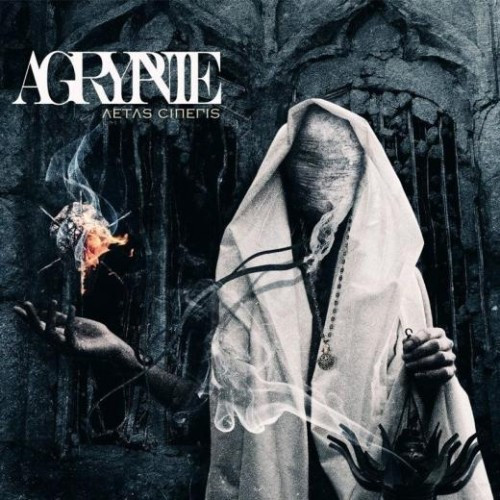 Those of you who have been with the site for a while may recall when I first discovered German post-black metal masters Agrypnie. It was just over a year ago when they were announced for Summer Breeze, so it seems fitting that with the festival coming round again I finally get round to producing a review for their newest album, which I’ve been listening to almost religiously ever since it came out back in February.

For the unfamiliar amongst you (exactly why haven’t you read their entry in The Synn Report by the way?), the band, although loosely positioned within the ‘post-black metal’ genre, eschew the hazy fuzz of the Cascadian scene and the introverted ambience of the Gallic sound in favour of a heavier, more overtly metallic sound which possesses a more restless and tormented aura.

That’s not to say that the elements of the band’s sound are entirely divorced from their fellow brothers in bleakness – you’ll find that this album possesses an air of haunted desolation at times reminiscent of Agalloch’s Marrow Of The Spirit, as well as a grasp of subtle melody that echoes Alcest at their most sublime. Yet the Agrypnie sound is undeniably more driving and aggressive than that of their peers, melding the searing melancholy of black metal with a crushing post-metal heft and flashes of melodic death metal grandeur. 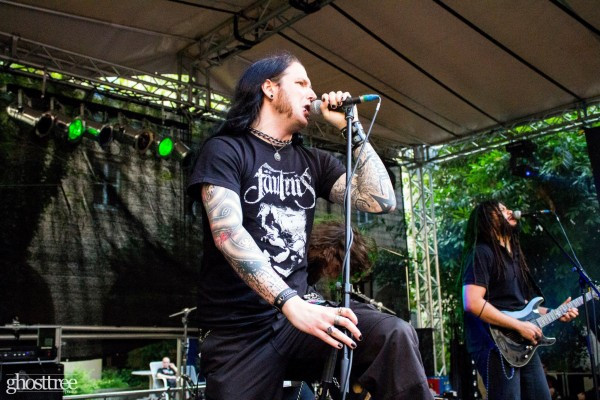 Aetas Cineris (“Age of Ashes”) continues to develop the band’s singular mix of artful atmosphere and punishing power, taking the emotional upheaval and forlorn beauty that permeated their previous releases and layering on an even heavier and more ominous sense of anguish and alienation. Bleaker, more despairing, yet no less hypnotic and captivating, every song is a howling lament, shot through with threads of melancholy resignation and frustrated fury.

The chiming, dissonant piano chords that open “Trümmer / Aetas Cineris” soon transform into a suffocating deluge of scything, wind-swept riffs and, rampant, pounding drum work. Nimble guitars twine barbs of piercing harmony in amongst stabbing thrusts of cold-edged metallic force, the vocals a tapestry of torment and angst, bristling with emotional turmoil. Throughout all this, a series of stylish lead parts weave a mournful melodic spell, building slowly toward a doom-drenched, despondent conclusion.

The sorrowful gloom of “Dezember” writhes and wallows in its own misery, a steady rain of ringing chords giving way to a stark and blissful ambience and a procession of thrumming, stabbing riffs and stuttering kick patterns, crafting a careful balance between rippling aggression and sombre melody, a penultimate acoustic interlude adding a moment of clarity before the song’s overpowering climax.

From its opening bars of chilling, eerie melody, “Zurück” soon coalesces into a perfect storm of seething tremolo work and stuttering blast-beats, whirling with elemental force around a squall of ravaged, throat rending vocals. Stomping, steel-clad riffs pound away, coated in a gleaming sheen of mournful, ambient keys, while a lengthy penultimate interlude of meditative clean guitars provides a moment of calm before the song culminates in a whiplashing procession of staccato chords and punchy drum-work.

The shimmering ambience of “Kosmos [Alpha]” is the eye of the storm, whose nebulous tranquillity reaches its zenith in a passage of slithering tremolo guitars and pulsating drums beats, before a raging downpour of dark, perilous riffs introduces the glacial grind of “Gnōsis”. Despite the air of grim beauty added by its layers of epic keyboards and bleeding lead guitars, there is no triumphant moment here – the song only grows darker, the shadows deeper, as it progresses toward its booming, hopeless finale. 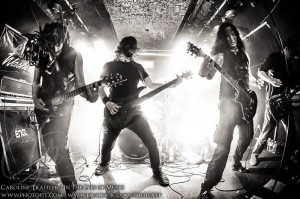 The monolithic riff hammers and juddering, concussive drum patterns of “Erwachen” make the song one of the heaviest on the album, with only a slender harmony providing a faint thread of serene catharsis in sharp contrast to the sheer metallic force on display. The song melds moody, phantom melodies and pounding percussive violence in a truly captivating manner – dark, brooding, and brimming with visceral strength.

Dismal and disconsolate, “Sinnflut” washes over you in waves of claustrophobia and misery, a storm-driven cacophony of harmony and discord, 11+ minutes of  tear-soaked anguish and blood-stained agony that culminates in a lengthy, flowing instrumental elegy. Truly striking and unforgettable.

The patient, morose build-up of shivering acoustic ambience that starts off the album’s final track “Asche” is a thing of simple, elegant beauty which slowly grows in complexity and intricacy, building minute-by-instrumental-minute toward an eruption of tumultuous metallic potency, finally reaching its apex in a scorched-earth symphony of clashing chords, rumbling drums, and ferocious, fire-breathing vocals.

Deeper, doomier, more despondent – perhaps even knowingly more difficult – Aetas Cineris expands upon the bleak and blackened aura that has always permeated Agrypnie’s music, the band now giving free rein to their darkest impulses in order to create a truly haunting requiem for the post-apocalyptic age.

This is an album that has an undeniable impact on first listen, yet reserves its greatest rewards for those willing to commit the necessary patience and dedication, crafting an experience both poignant and powerful, dramatic and desolate – expressive, emotional, and utterly electrifying.