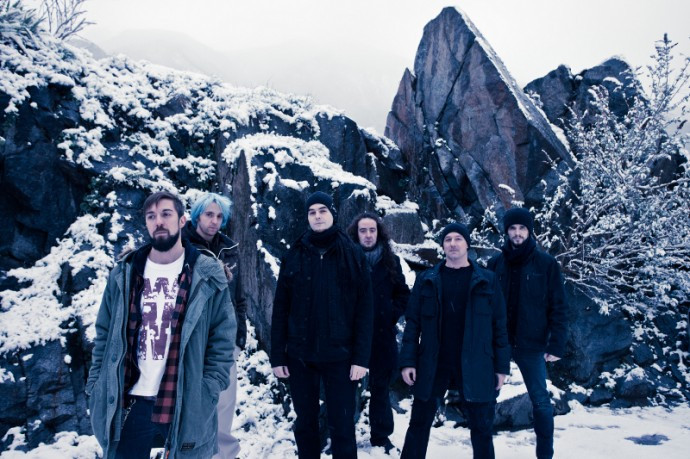 (In this 38th edition of THE SYNN REPORT, Andy reviews the discography of Persefone from the small nation of Andorra, including the band’s new 2013 release, Spiritual Migration.)

Recommended for fans of: Wintersun, Into Eternity, Edge of Sanity

It’s funny how things work out. Persefone had been on my list as a potential Synn Report for some time, and what with them recently releasing their fourth album it was pretty clear that I could kill two birds with one stone and link a short appraisal of it in with the usual Synn Report format. I decided pretty much straight away after finishing Part 37 that the Andorran prog-metallers were going to have to feature in the next edition, and then by coincidence a good number of our readers started mentioning Spiritual Migration as one of their albums of the year so far. It’s crazy how these things line up.

Persefone are the first Andorran artist to feature in The Synn Report, but their sound has worldwide appeal – indeed, their progressive proclivities, ostentatious keyboards, and epic song structures have a fair bit in common with In Vain, who were the subject of the previous edition of this column.

To put you in the right state of mind, a flurry of other names which have been thrown out in response to the band’s music are Dream Theater, Edge of Sanity, Symphony X, Opeth, Into Eternity, Borknagar… all prog-metal behemoths, ranging from the Power Metally inclined to the Death Metally devoted. The fact that these acts are so frequently referenced when talking about the Andorran sextet should (hopefully) give you some indication of just how highly regarded their albums – and their musical abilities – are by those in the know.

After the jump – four albums’ worth of technical skill, creative flair, grandiose ambition, and magnificent storytelling (and keyboards)… 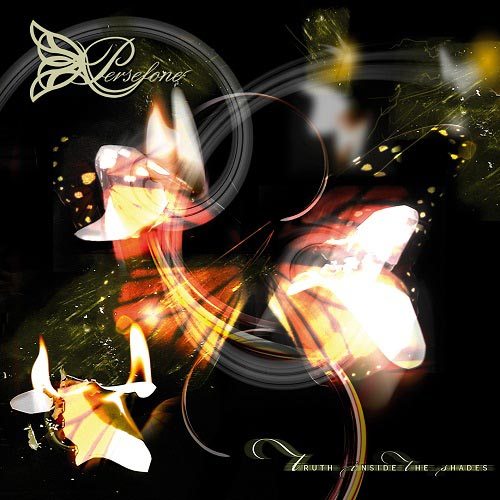 The band’s first album contains six songs of melodious, complex (at times erring on the self-indulgent) prog-metal, bookended by a pair of instrumental tracks – the classically-infused piano of “My Unwithered Shrine” and the grandstanding solos and chunky riffs of “The Demise of Oblivion”.

The raucous keyboards and razor-edged guitars of “The Whisper Of Men” straddle the line between Finnish melodeath and Swedish power metal, while bristling harsh vocal patterns add a taste of blackened menace to balance things out. Convoluted yet cohesive, the song moves through stages of proggy clean vocals, sizzling lead guitar runs, and chomping death metal bite, peaking with a central interlude of fluid bass lines and shimmering arrangements of theatrical keys.

“Truth Inside The Shades” is a heroic piece of post-power-prog-death whose lithe bass-lines and subdued vocal melodies recall early Opeth, with an undercurrent of sizzling venom and a billowing gothic drama. The intricate interweaving of acoustic guitar, gleaming piano, and liquid bass work in the song’s midsection is a thing of near perfect beauty, leading up to an explosive conclusion of fiery death metal and glistening prog melody.

The bouncy folk/power metal guitars and fantastic, understated bass-work of “Niflheim (The Eyes That Hold The Edge” slowly shifts into a spiralling solo section and a darker, blacker verse section of ominous keys and technically tasty riffage. This in turn shifts towards a more progressive style, all melancholy clean vocal melodies and resonant lead guitars, repeating this unorthodox pattern for the song’s undulating, unpredictable 8 minutes.

“Atemporal Divinity” is an unconventional mix of off-kilter disharmony and gothic magniloquence, running the gamut of almost the entire metal spectrum. It contains some of the album’s heaviest moments – writhing black metal segments abutting passages of cavernous death metal – and some of its most shameless proggy flamboyance, gloriously pretentious solos flirting shamelessly with excess over a majestic landscape of coiling bass-lines and bright, shining drum bursts.

In some ways the lightest of Persefone’s albums, with a more pronounced gothic edge and prominent (occasionally overwrought) keyboard presence, Truth Inside The Shades still contains a pleasing mix of ambitious song-writing and impressive musical dexterity that should appeal to the prog-leaning death crowd and the death-leaning prog crowd in equal measure.

Sample song: “Truth Inside The Shades” 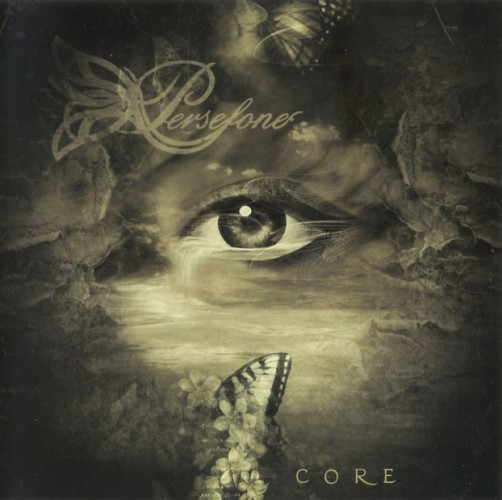 Album number 2 solely consists of 3 lengthy movements (in some versions split into 13 separate “Acts”), each one over 20 minutes in length. Many of Persefone’s fans hold it to be the band’s defining moment, signalling their shift to a fully integrated Progressive Death Metal sound and moving beyond the (at times) unfocussed nature of their debut.

“Act I (Goddess’ Wrath)” of “Sanctuary” immediately showcases the heavier evolution of the band’s sound, with its thicker, bruising guitar tone and enhanced air of extremity. “Act II (Light’s Memories)” is a contemplative interlude of calm acoustic grace and sublime female vocals, leading into the dissonant, techy-death thrash of “Act III (Exiled To The Void)”, which accents its calculated sonic attack with segments of symphonic majesty and anthemic riff work. Finally, “Act IV (To Face The Truth)” combines all these elements, bringing the track to a close in a brazen display of pretentious progressivism and ballsy instrumental flair.

The scintillating tech-guitars and rumbling metallic bass-lines of “Act I (Clash of the Titans)” of “Underworld” slowly blossom into a series of manic riffs, whirlwind solos, and fervent, impassioned vocals. Raging guitars and rampant death growls are balanced by a magical clean chorus, which leads into the acoustic gloom and Opeth-ian glamour of “Act II (Dark Thoughts From A Dark Heart)”. “Act III (When The Earth Breaks)” is a veritable powerhouse of crunchy, stop-start riffage and volcanic drumming, interspersed here and there with passages of haunting female vocals and bleak, keyboard-driven atmospheres, while “Act IV (Released)” begins quite unexpectedly as a more subdued, jazzier piece of interlocking instrumental layers, before rapidly building to a truly audacious and multi-levelled conclusion.

Final track “Seed” begins with the soothing acoustic ambience and faltering melodies of “Act I (A Ray Of Hope)”, before transitioning into the dizzying riffs and ludicrous leads of “Act II (Self-Betraying)”. This killer combination of death metal domination and prog metal perplexity (supplemented by some gorgeous female vocals) slides smoothly into the stomping riffs and classical piano of “Act III (Doubts Are Seed)”. Following a series of alchemical riffs and effervescent lead parts we reach the neck-snapping rhythms and heaving vocals of “Act IV (Dark Inner Transition)”, whose bladed riffs, caustic vocals, and ruinous bass lines lead us into the unexpected gothic melodrama and phantom melodies of “Act V (The End)”, bringing the whole thing to a brilliant, unpredictable conclusion.

More of an integrated musical journey than a simple album, Core is one of those grand, ambitious affairs that lives or dies depending on how well the band execute and embody its central concept. And to my mind the evidence here proves that the execution, the creativity, and the sheer conviction behind this album are second to none. 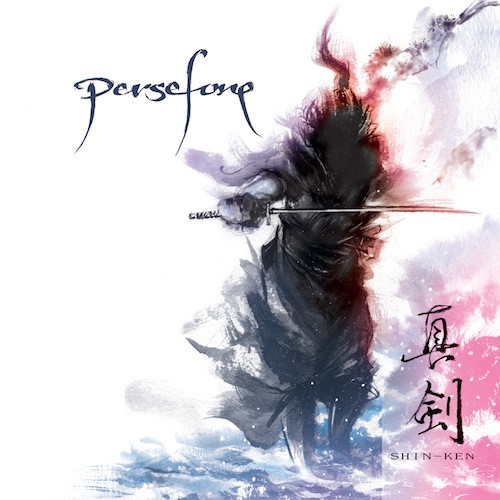 For their third release Persefone took their traditionally lengthy, convoluted song-structures and re-packaged them in a series of shorter, but no less complex, arrangements of refined power and blistering clarity.

Whereas its predecessor focussed its core concept around Greek mythology, Shin-Ken takes on a more oriental-influenced concept, tied together by a series of luminous instrumental interludes (“The Ground Book”, “The Water Book”, “The Wind Book”, “The Fire Book”, “The Void Book”, “Japanese Poem”) which serve to segment and dictate the album’s flow.

“Fall To Rise” is a bombastic display of bouncy, staccato riffs and neo-classical keyboards, rough-hewn vocals and odd moments of Eastern instrumentation. The song’s driving pace and hook-laden riffage give it a sense of vibrant energy, while the juxtaposition of rebellious growls and a recurrent clean vocal refrain help reinforce the careful balance of the band’s yin/yang songwriting.

The off-beat pummelling and aggressive rhythms of “Death Before Dishonour” up the ante in heaviness, the song twisting and turning through multiple mutations of heaving prog-death, irregular tech-thrash, and symphonic excess. By way of contrast, “The Endless Path” chooses a more flowing and ecliptic path, coating its harmonised death metal riffage and propulsive drum work in swathes of grandiose keys and transcendent clean vocal melodies.

“Purity” is a proggy ballad that recalls both Edge of Sanity and Leprous in its dynamic mix of intricate song-writing and intelligent melody, paving the way for the razor-toothed aggression of “Rage Stained Blade”, which accents its ferocious screaming anger with a display of guitar/keyboard virtuosity that would make Dream Theater blush.

The final third of the album is made up of the biblical prog-metal of “Kusanagi”, as grandiose and ambitious a track as the band have ever written, and the bipartite title track “Shin-Ken”. The first half is a tightly written, belligerent piece of vengeful melodic death metal, with some truly vicious vocals and coruscating guitar work, painting the sky with blazing colours and spitfire fury. The second is an almost ambient piece of chill, jazzy drum beats and soothing, classical piano work, topped off with a truly mournful vocal line.

There’s almost too much here to process in one listen – the sheer progressive dynamism of the album means there’s always more to discover. Yet it’s an album that also has an immediate and visceral impact, chock-full of searing riffs and brain-melting hooks. Get yourself a copy asap. 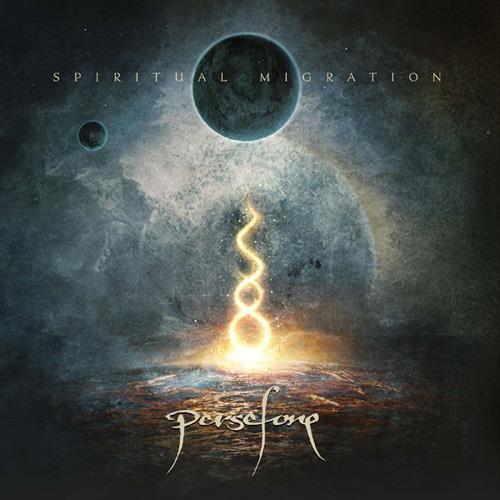 Only released back in March, this underappreciated gem takes all that was great about its predecessor and improves on it, as if subjected to some mystical performance-enhancing drug.

The cosmic introduction of “Flying Sea Dragons” swiftly transitions into the densely-packed riffs and spiralling auras of “Mind As Universe”. Everything from the band’s past has been polished and perfected. The harsh vocals are more aggressive, delivered with an unmistakeable conviction, while the chugging, syncopated guitar/drum interplay, atmospheric keys, and mind-bending moments of prog-tech magic are fundamentally heavier and better balanced than ever before.

The hard-driving death metal and crushing, stop-start rhythms of “The Great Reality” continue this trend, the band carefully working in ethereal atmospherics and star-crossed melodies to achieve a seamless symmetry between metallic firepower and melodic flights of fantasy.

The transcendent instrumental operatics of “Zazen Meditation” pave the way for the audacious symphonic prog-death of “The Majestic Of Gaia”, which is both uplifting and devastating in equal measure. The gripping atmosphere and organic, yet unpredictable, shifts in structure recall Omnium Gatherum at their very best, and will have you glued to your seat for the song’s entire length.

“Consciousness” is a two-part instrumental saga that takes in hypnotic majesty (“Part 1: Sitting In Silence”) and resplendent metallic might (“Part 2: A Path To Enlightenment”), and is followed by the crazed composition and histrionic heaviness of “Inner Fullness”, a flawless symbiosis of blasting, chugging, mechanical groove and soaring, elemental beauty.

“Metta Meditation” is another calming instrumental interlude, progressing into “Upward Explosion”, which assaults the listener with its blistering thrash, neck-cracking eruptions of off-kilter blasting, and chunky, earth-shaking guitars, before culminating in an ethereal, ambient conclusion.

The tight, tumultuous tech-riffs, electric power, and bold melodies (both guitar and vocal) of “Spiritual Migration” will appeal to Scar Symmetry fans, the band achieving a near divine form of celestial catharsis and seamless synthesis of countless metallic elements, matching form and function in a furious, effortlessly fulfilling manner, priming the listener for the mountainous riffs and focussed force of “Returning To The Source”, a fantastic, shred-heavy track  awash in waves of shimmering keys and a veritable drumming avalanche of tireless energy.

Achieving the sort of balance between competing styles that most bands can only dream of, taking a wealth of styles and sounds and making them their own, Spiritual Migration is an absolute tour de force of Progressive Death Metal, and should rightly be considered the band’s crowning achievement.

Sample song: “The Majestic of Gaia”