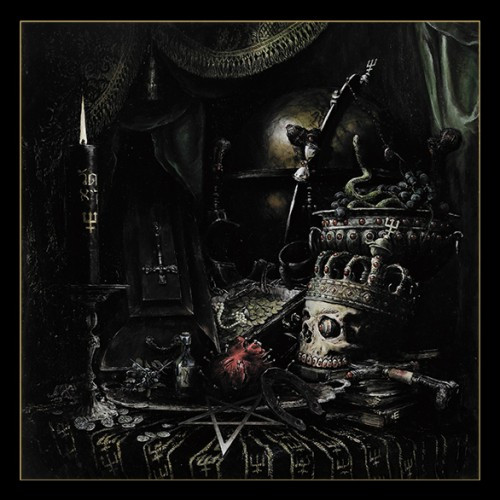 Swedish black-metal horde Watain have a new album named The Wild Hunt coming on August 19 in Europe and August 20 in the US via Century Media Records. A two-track single (All That May Bleed) was released on June 21, and that was followed by the band’s official lyric video for the single’s title track (featured at NCS here). And now we’ve got another new song from the album, “The Child Must Die”.

The vocals are still soul-scraping, but much of the song may have more kinship to melodic death metal than the kind of scathing black metal you might be expecting. Yet although the song might be considered more “accessible” than Watain’s more typical output, it’s also multi-faceted, which should come as no surprise to fans of this band. It’s juiced with electricity and moments of thundering power, and it features a thrilling guitar solo. I’m quite liking it, though I’ll be curious to see what kind of reactions we’ll get in the comments.

Listen to the song next. You’ll find the lyrics below the video.

THE CHILD MUST DIE

For you my child, comes the cursed
phantom carriage, alas, the hearse
Follow I must not, this ride is only meant for you
Ever dark lay the lands you’re going to