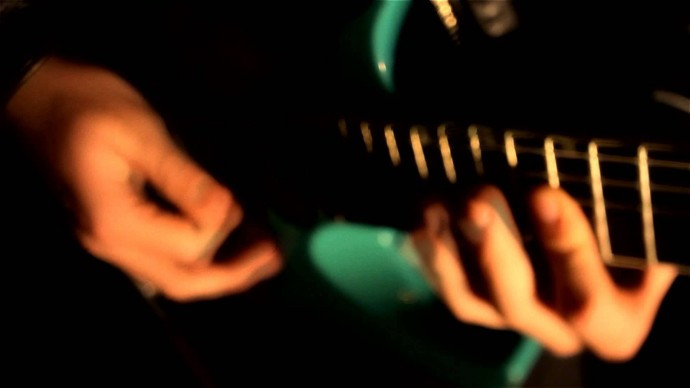 (Here’s Part 2 of Andy Synn’s two-part article, the first part of which you can read here.)

In part one of this short series of musings on the place of “technicality” in today’s metal world I made some short mentions about how the specificity and restrictive nature of the “Tech Death” moniker is often seen as a wholly negative epithet. However, you could equally say that it also grants those bands an instantly recognisable identity. You know it’s going to be “Tech” and it’s going to be “Death”, and the sheer brevity of the name gives you a clue that it’s going to be an all-out, no-frills assault on the senses. And sometimes that’s exactly what you’re looking for.

By contrast, however, there’s been a big thing for a while now of bands proclaiming themselves (or being proclaimed as) just “Tech Metal”. And I’m not entirely certain what to make of it. Certainly, the bands seem to be saying that they don’t fit within, and shouldn’t be associated with, any one particular sub-type of Metal (Thrash, Death, Black, etc) and they’re often right to make this distinction – after all, few things are more irritating than bands miscategorising themselves in an attempt to graft on some credibility. But this very lack of a specific identity seems to BE the identity for many of these bands. It’s as if the entire sub-genre is composed of left-overs.

Obviously, though, high-speed intensity is not the only way to display technicality in your music, and one thing indeed that defines much of the “Tech Metal” movement is a tendency for less extreme speeds (and less extremity overall), while retaining a similar level of complexity, particularly when it comes to shifting time-signatures and clever, often wonderfully complex, rhythmic transitions. 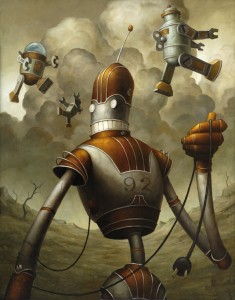 Still, if we again look at the term (and identity of) “Tech Metal” from a taxonomy point of view, it seems like a very vague and amorphous term. It’s almost TOO open-ended, describing a form of general “Metal” of a technical kind in a very ill-defined manner. And it occurs to me that “Tech Metal” is too often used as a fall-back when bands simply don’t have a specific enough identity otherwise. It’s the same as calling yourself “Groove Metal”, as if, in the absence of a particular identity, you just pick one underlying aspect of “Metal” as a genre marker and decide to classify yourself by it.

Ironically, though, for a term with such broad connotations (under the general umbrella of “Metal”, I mean), this adolescent sub-type suffers from exactly the same problems of restricted identity and expression that many of the genre’s detractors accuse “Tech-Death” of embodying!

In the same way that “Prog” went from being a wider proponent of forward-thinking ideas to a narrower indicator of a more specific style, there’s become an established “Tech Metal” sound, with all the inherent constrictions and limitations you’d expect. Indeed, far too often you’ll find that a “Tech Metal” band is so-called simply because they don’t fit anywhere in particular, with a sound that’s jack of all trades, and master of none. Many of these bands (or their fans) pride themselves on being “open-minded” when it comes to their metal – but there’s a fine line between being “open-minded” and being unwilling (or unable) to filter your ideas. Indeed, there’s an argument to be made that imposing limitations upon yourself is an ideal way to channel and focus your creativity – remember, too many cooks spoil the broth!

The UK scene in particular seems swamped with a host of bands playing this style of rhythmically complex, technically proficient, and blandly non-specific “Metal” that takes in elements of Protest The Hero’s prog-based noodling, Alexisonfire’s emotional drama, and the now ubiquitous post-Meshuggah fractal sound – all bands that I personally love – to somehow produce a form of safe, pleasantly accessible music that I have irreverently dubbed “AOTM” (“Adult Oriented Tech Metal”). Indeed, it’s a surprise that something with such technical leanings (and the associations with progressive skill) can be so generally unchallenging and uninspiring.

A lot of it comes down to the vocals. I’m sure you’ve all observed the unfortunate tendency for bands who play incredibly tight, well-written “Tech Metal” to belabour themselves with pop-friendly clean vocals? It’s gone well past even being cliché now. I’ve honestly lost count of the number of times a band has been shredding or djerking away in a manner that’s immediately grabbed my attention, only to lose it when the vapid, and strikingly dispassionate, vocals come in with their well-meaning, but ultimately uninspiring, perfection. 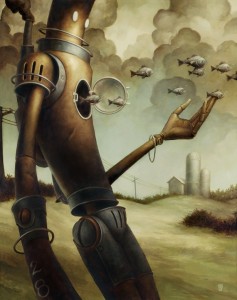 Now let me say that I’m a big fan of clean vocals – a cursory search through my NCS history of reviews, columns, and general pontificating should confirm that – but in the pursuit of gleaming pop perfection something has been lost. They’re trying to have their cake and eat it too – maintaining their credentials as technically/progressive-minded musicians of standing while also ensuring that their music is as accessible and broad-spectrum as possible. And in doing so it feels like the passion, and the fire, has been lost, in favour of music designed by committee to appeal to the widest cross-section of fans possible.

You don’t have to be extreme, or heavy, or brutal… or any of those sorts of things… to make an impact with your technical skills. But if your ability to play well is ALL that you have, and your music is built around a common skill set rather than a common identity and drive… well… it’s not surprising that those types of bands are leaning more and more towards a safer, more mainstream sound. Because really, all you’re doing there is adding up the numbers, and we’ve seen for a while now that the correct (and safe) amount of “Tech” + inoffensive pop melody = $$$.

7 Responses to “I TECH, THEREFORE I AM (PART 2): THE RISE OF ADULT-ORIENTED TECH METAL”