To download the new single for a buck, use the Bandcamp link below. 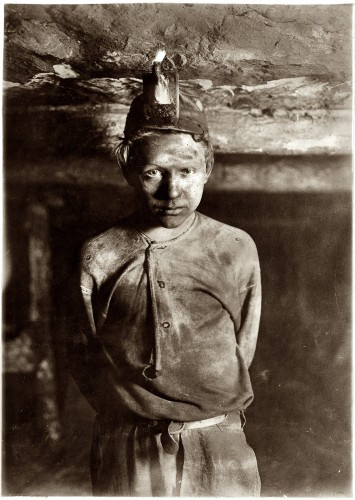 I’ve previously written about this thrash project of Byzantine vocalist/guitarist Chris Ojeda. He and a group of very talented friends have recorded covers of old-school thrash tracks for an album that will be released later this year. They’ve already premiered one single — a cover of “World In A World”, originally recorded by Bay Area thrashers Vio-lence, and yesterday we got another new song. But before I get to it, here’s one more reminder about the people who have contributed to the album:

The new song is a cover of Exhorder’s “Legion of Death”, and it features a sharing of the vocals by Ojeda and Exhorder/Alabama Thunderpussy/Trouble frontman Kyle Thomas. You can’t not headbang to this thing. Not headbanging is not possible. And the soloing rips. The vox, as you might expect, are fuckin’ evil, too. Get your fire-breathing speed metal engines started and head to riff city below.

By the way, although Black Cap Miner quickly fulfilled their indiegogo campaign, there are 6 days left in which you can use a contribution as a pre-order for the album and/or related goodies. Go HERE to do that. 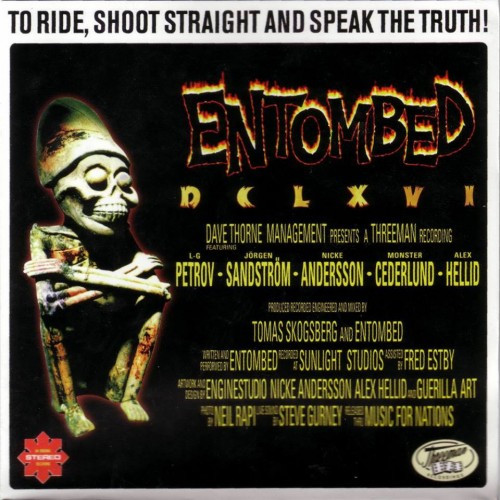 Sweden’s legendary Entombed are raising money through a Pledge Music campaign to finance Threeman, a reissue of three of their albums — To Ride Shoot Straight and Speak the Truth (1997), Same Difference (1998),  and Uprising (2000) — remastered and delivered in special packaging, with additional unreleased demo’s, B-sides and bonus material.

With the reissue of To Ride Shoot Straight and Speak the Truth, there will be a second disc that includes demo tracks, cover songs, and live recordings (yet to be selected), and yesterday Entombed provided a list of what will be on there:

The band also started streaming that cover of “21st Century Schizoid Man”. The original of that song is one of your humble editor’s all-time favorite pieces of music. It’s been covered by lots of artists, to varying degrees of success. Entombed’s cover is one of the successful ones, quite faithful to the original but with guitar in place of sax and added beef in the riffs. The cover first appeared on Entombed’s 2002 compilation album Sons of Satan Praise the Lord, and this update about the Threeman project gives me an excuse to embed the track below.

If you’re interested in finding out more about this project and what it offers, go here:

Finally, if you know what’s good for you, watch this just-released Threeman reissue video message from a bleached cadaver (and Entombed’s Alex Hellid):