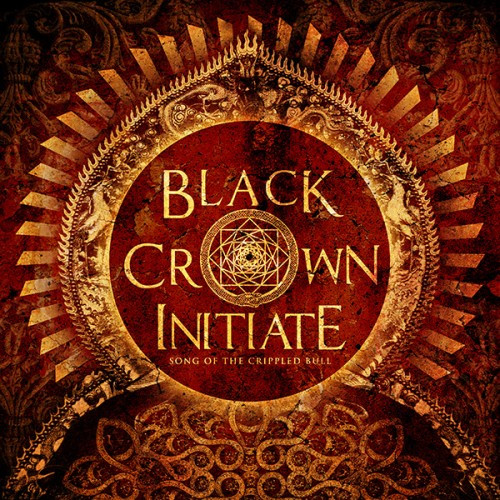 I feel like sometimes it’s up to us metal bloggers to take responsibility for making sure some bands get more air time.  There are some bands for which the ignorance of their existence should almost be criminal.  Black Crown Initiate is one such band.  Hailing from Reading PA, Black Crown Initiate are hard to describe or classify.  Equal parts death metal, black metal, and progressive rock, their sound channels hints of lots of what I’ll call the “right” influences, ranging from Opeth, to Daylight Dies, to Behemoth, Anaal Nathrakh, and Ihsahn’s solo work.

The band’s debut EP, Song of the Crippled Bull, is an epic four-part suite of progressive death metal sanctity that shouldn’t be ignored.  The utter brutality matched with a sense of grandeur and melodic reprieve is immensely impressive.   Combine this with a sound that merges old and new schools of thought seamlessly and you have a band to watch not only now but in the future.

Song of the Crippled Bull is in fact one song split into four parts.  What’s impressive is that these four sections are very distinct from one another, which made it even cooler to me when the band looped back around at the end to close on the very section on which the EP starts. 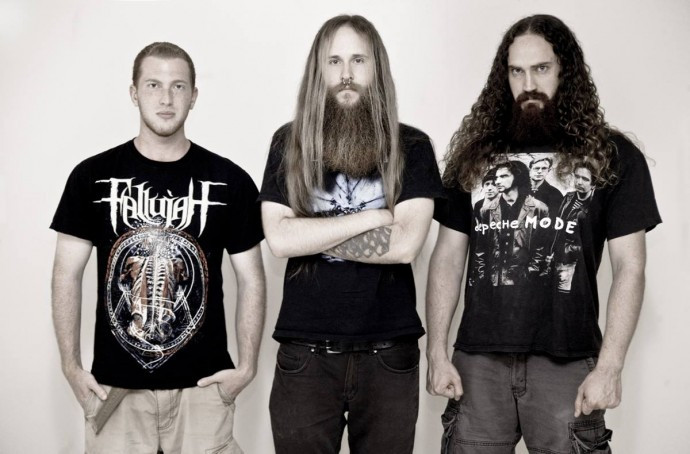 The first section, “Stench of the Iron Age”, is extremely deceptive if you don’t already know the genres in which the band work.  A smooth, dark, jazzy, clean drone with a catchy, heavy bass line behind it and subdued clean vocals don’t prepare you for the fucking atomic steamroller of a supernova that soon blasts the flesh off your face.  Doomy trudge, scathing black metal, and technical melodic bludgeoning are everywhere, delivering a refreshing change from the bullshit minimalist use of 8 strings in djent and bringing the instrument into form (as in, all the strings are actually used) and resulting in an opening that is to say the least, fucking overpowering.

And things never relent. The second section, “Ghosts She Sends”, is a Gojira-styled slog through cosmic swamps of anti-matter:  mammoth-sized riffing accompanied by gorgeous proggy acoustic guitar sections and a soul-filled shred-fest of a solo.  This transitions into “The Mountain Top”, the most straight forward and brutal section, with intense megaton bone-crushing riffs and grooves accompanied by a melodic chorus that provides a refreshing breakup of the unrelenting assault.

It than finally loops back around to “Song of the Crippled Bull”.  Ushered in by a tapped arpeggio and sitting on a cool technical medley for awhile, the intro of “Stench of the Iron Age” is reintroduced, closing the EP on the notes with which it began.

The EP is only three dollars, and you’d be nuts not to get behind these guys.  This’ll be a new band for me to watch in the future for sure.

6 Responses to “BLACK CROWN INITIATE: “SONG OF THE CRIPPLED BULL””