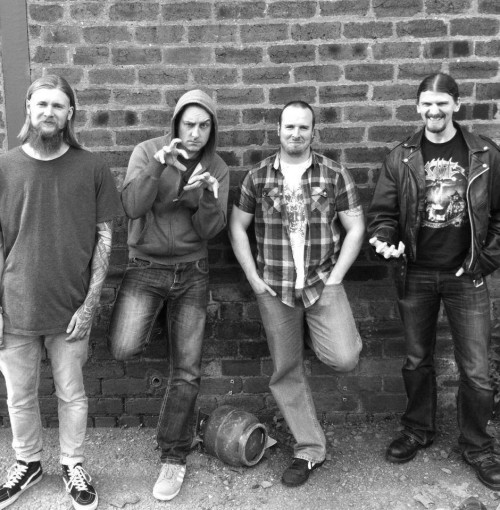 Here are a few choice items from my recent ramblings around the interhole.

Some bands die who shouldn’t, some bands who should die seem to live forever, and some bands resurrect themselves against punishing odds. Man Must Die must not die, and in fact it looks like they’ve been resurrected after parting company with their big-label support following 2009′s No Tolerance For Imperfection.

When last we checked in with these Scots in April, they were nearing success on their revised crowd-funding goal at Pledge Music to help them self-finance a new recording. And today brought the cheery news that they’ve found label support once again after a long dry spell. Here’s the announcement from Lifeforce Records:

“We are very proud to announce the signing of Scottish extreme metal maniacs MAN MUST DIE for a world wide release (outside the UK) of their next album in late October via Lifeforce Records. The band is currently at Valvetone studios putting the final touches on the new effort.”

In addition, the band announced that Grindscene Records will be releasing the new album in the UK and Ireland.

Nice work lads! I’ll be ready to get brutalized in October. 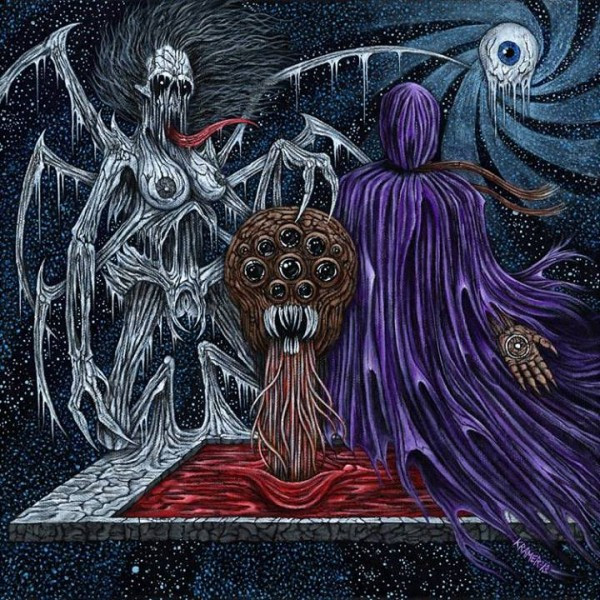 One month ago I posted about a lot of news that had just surfaced concerning the new album by the Georgia/Colorado menace known as Vasaeleth, including the macabre cover art by Antichrist Kramer and a new track named “Paradise Reconsecrated”. This morning brought a second cut from the album. This one premiered at Invisible Oranges, along with a review of the album (All Uproarious Darkness), which is scheduled for release by Profound Lore on August 20.

The newest song is “Black Curse Upheld”. It’s both savage and murky, surrounded by an air of suppurating sickness and draped in a cloak of bleeding skin. The IO review caught the sound quite nicely: “The double bass drums are a barely audible rumble below the constant snap of the snare, and the guitar tone doesn’t crunch as much as it slithers, weaving its way through terrifying riffs.” 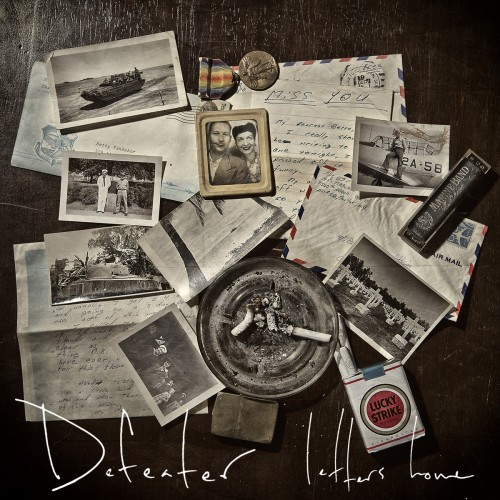 These days I only nibble around the edges of the punk and hardcore scene, which is the only explanation I can offer for missing the recent release of the latest album by those Massachusetts maulers in Defeater,  Letters Home.

I haven’t listened to the whole album. In fact, I’ve gotten stuck on the first song I heard — “Bled Out” — which happens to be the closing track (a friend linked to it on his Facebook page — thanks Dan). Although the song isn’t  metal, it’s one of the heaviest, most gut-wrenching tracks I’ve heard in many weeks, and I’d feel like a dick if I didn’t say something about it.

The grim, massive chord progressions and punishing drumbeats coupled with the echoing lead guitar melodies tear bloody wounds, and Derek Archambault sounds like he’s turning himself inside out. “And all I see is the bastard in me”.

You can stream or download Letters Home in its entirety on Bandcamp. Here’s “Bled Out”: 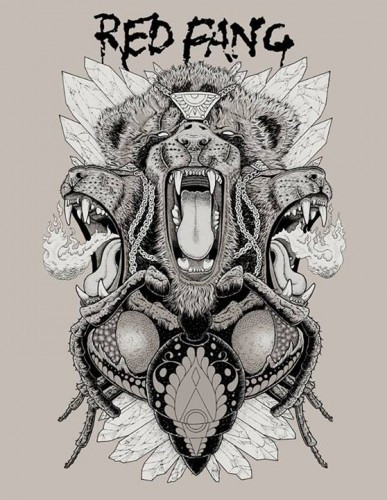 This morning I also caught a new video interview of two of the dudes in Portland’s Red Fang, which I enjoyed — and I say that as someone who spends very little time watching video interviews. This one, edited down to about 9 minutes, was conducted by Drugmetal.ru while the Fangsters were in Moscow on June 10 during their recent European tour. It includes excerpts from what looks like a thoroughly kick-ass show in Moscow, plus stories about day jobs, bar mishaps (“vomit angel”!), van rollovers, and (drumroll) an update on Red Fang’s next album — the recording is done and release is projected for October of this year.

And then not long after I watched the video, I saw official confirmation of the October release plus the breaking news that the new album’s name has been divulged — Whales and Leeches — along with the cover art (which the guys talk about in the video interview). The cover is by Orion Landau, and here it is: 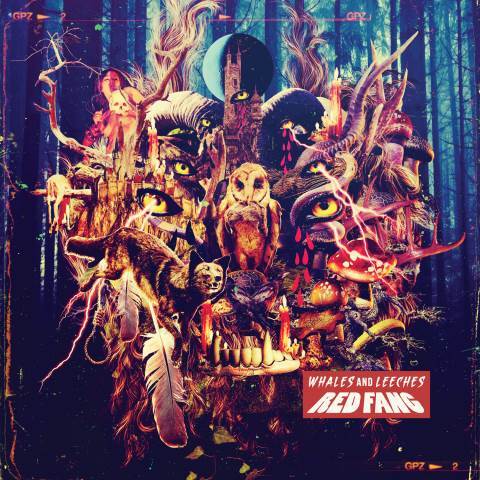 Now here’s the interview, which I hope you’ll find as entertaining as I did.