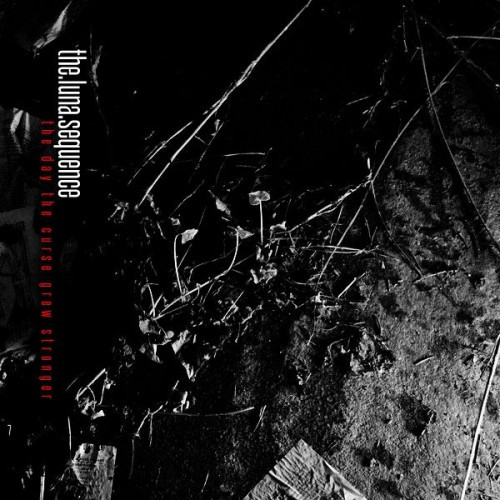 (In this post DGR takes us off our usual beaten paths with a review of the latest album by The Luna Sequence.)

We’ve been on a hell of a reviewing streak lately here at NCS, our front page resembling the inside of a Revolver review section the past week. It’s been pretty cool, but also reflective of the fact that we’ve had a lot of heavy metal hitting our eardrums lately – my own having about eight different CDs cross their path at once (five of which got covered, the others picked up by fellow writers on the site). As a result, I’m taking a bit of a breather with this review to talk about a project that I really enjoy.

It’s an indulgence, if you will. It’s most definitely not metal. Folks who have been with us for a while will remember that we have covered this band before. I did so on a whim, to expose some of my musical tastes outside the realm of heavy metal, such as a very, very light enjoyment of some electronica music – mostly of the variety that hybrids with rock music. If I fish out my armchair psychology degree that I received for spending over ten minutes on the internet, then I’m sure that’s because I enjoy industrial music as well, and the two often overlap.

Because of the previous writing, some of you may recognize The Luna Sequence name, a solo instrumental electronica/rock project belonging to Kaia Young. One of the reasons that I’ve been drawn to this specific project has been its success in fusing electronic music with light heavy metal songwriting. Earlier works were heavily synth-focused and felt like electronic tunes initially that later had heavier elements added on top of it. However, more recently, with the previous This Is Bloodlust release and now this disc — The Day The Curse Grew Stronger — things have taken a heavier turn. Now the songs feel like heavy metal tunes written using electronics and a guitar, metal song structures put through an electronica filter, and it works really well. If you’re looking for something a little different then indulge me as I try to explain further why I’m drawn to this project so much. 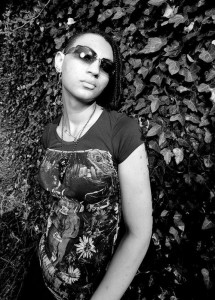 The Day The Curse Grew Stronger represents a pretty significant shift for The Luna Sequence. It’s probably the darkest-seeming disc to date. Also, there’s been a huge change in sound; this release contains an actual guitar, something of a first for this project. It makes it so that the songs sound more organic and not entirely the works of one person with a home recording studio. The untrained ear would never really notice it, as Young has done a good job over the years making each sound fit within the overall song so that no instrument sounds foreign and no samples sound ridiculously out of place.

This Is Bloodlust included a lot of guitar work, and certain songs, such as “Parallels” and “Bullet From A Bigot’s Gun”, were practically metal tunes already. The Day The Curse Grew Stronger builds upon those songs and magnifies them, resulting in a heavier disc, the synths and keyboards taking the part of lead guitar and occasionally sounding like vocal lines, the guitar work becoming heavily rhythmic, and the drumming bordering on thrash/metalcore/and occasionally death metal, complete with deathcore-esque breakdown. It’s still not an aggressively metal disc, but I enjoy The Day The Curse Grew Stronger for entirely different reasons than the earlier Luna Sequence releases. It feels more metal than ever, which I’m sure will shed a few of the electronica folk.

Young won’t (and shouldn’t) shed any of the electronica elements from this project in the future, and they are still present on Curse. A few songs are driven by violin samples and quicker drum/bass combos. There’s even some ‘stepped out elements (they’re not mega bass heavy, so there’s no stereo-system testing here) in the intro of the song “The Catalyst Passage”, although it shifts moods and changes pretty quickly — which makes that one a pretty schizophrenic tune.

The Luna Sequence has always felt like music that would be perfect as the backing track to a videogame. Even with the heavier guitar work, these hard-driving songs still sound like they’d be perfect as the backing tracks to a racing game of some sort. They almost always get the adrenaline going, especially a song like “Visions”, which contains a hard-hitting blast in the opening and is probably the perfect example of how The Luna Sequence filters metal tunes into electronica sounds. The guitar parts are super light, but every single part of this song has an analog to a metal instrument, and you could feasibly turn “Visions” into a full-blown metal track. The drumming in the song practically cries out for it.

“Lacerate” is another one, practically a metal track from the get-go despite initial appearances. The moment the double bass roll on the drum comes in and the guitars hit, you almost completely forget that this is the work of a solo artist who is just at home messing with multiple beats and samples as well as a guitar. “Whitewash Currents” even has the aforementioned crushing breakdown as well as one hell of a finger-bender of a main guitar riff on the back half of the song. So many tracks on this disc shift like that; if you like one element or the other, it almost seems as if you could feasibly sneak it past your more hardcore genre purists, depending on what section of a song you show them. It’s an effective hybrid of styles, inhabiting a grey area that can appeal to multiple sides.

Since Curse hit in late April, The Luna Sequence hasn’t been quiet. Right now the whole release is $7, but on occasion one of the songs will be made free for a half day or so. On top of this, a more electronic-focused song called “I Eat Your Heart” has been released at pay-what-you-want price. It serves as an extra track for Curse in one sense, because it contains the same sort of overarching dark mood that infects the whole disc and sounds as if it was written around the same time.

This is one of those times where you’ll have to bear with me, but it actually feels pretty cool to headbang to an electronica disc. When a song can go from something close to breakbeat to a guitar riff that seems almost purpose-built to getting a circle pit going, it’s exciting. Since it bounces between the two differing styles, it’s almost a surface-level intro to both, without the more polarizing elements of either. So even though The Day The Curse Grew Stronger is heavy as hell, it’s still a surprisingly easy listen.

Although some NCS readers may turn away in disgust, this one I do recommend. As both an experiment and an experience, it’s really good.

3 Responses to “THE LUNA SEQUENCE: “THE DAY THE CURSE GREW STRONGER””