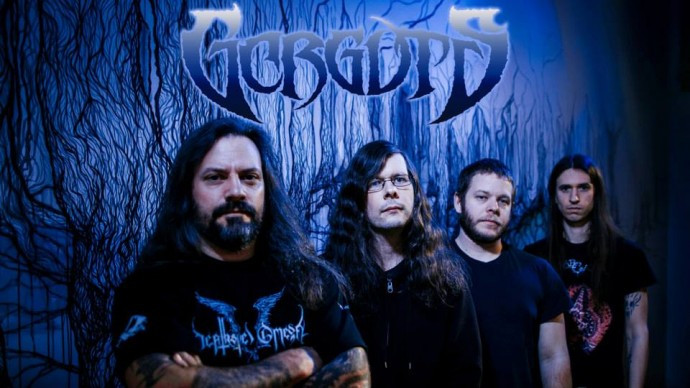 The day is still young out here in the Pacific Northwest, but it has already brought us a handful of notable premieres. Without further ado, here’s one of them (more to come).

The new Gorguts album, Colored Sands, is so full of win it almost beggars description. Nevertheless, in due course we will attempt to do it justice in a review. In the meantime, Decibel magazine has given us the premiere of a third song from the album, and this time it’s the title track. Here’s what the band’s founder Luc Lemay has said about the song:

“‘Colored Sands’ tells the story about the intricate, poetic, mystic ritual of drawing sand mandalas. Tibetan pilgrims can walk for months, sometime a whole year, prostrating face to the ground every tree footsteps until they reach the place where the mandala will be executed.

The single harmonic, in the beginning of the song, pictures a single grain of sand hitting the ground…then with the pattern in 5 slowly appearing, illustrates the five elements in the Tibetan philosophy such as: air, water, fire, earth and space which are embodied in the mandala through their specific colors. From there the mandala slowly takes form in the music.”

Rather than attempt to describe the song, as is my usual redundant habit, I’m just going to shut up and let you listen straight-away: