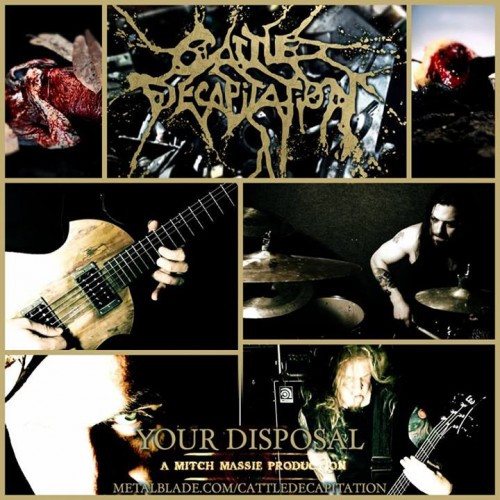 The day is still young out here in the Pacific Northwest, but it has already brought us a handful of notable premieres. We started with a new Gorguts song, and we now follow that up with an official music video for a song from . . .

The song is “Your Disposal”, which appears on the band’s latest album, Monolith of Inhumanity. This one was again directed by Mitch Massie. Let’s see what frontman Travis Ryan says about it:

“Director Mitch Massie has presented us all with a bizarre retelling of the story of Adam and Eve using themes from our latest album Monolith of Inhumanity. Here we see Eve giving birth to humanity, a living, breathing piece of primordial meat birthed into the dirt making its way through the Garden of Eden, hellbent on destruction… A clean and conscious monolith foretelling what could be possible given the fact that humans exhibit superior traits of intelligence, instead the earth is flooded with technological fallout and debris by the hands of man. This video is very much a prequel to our other videos ‘Forced Gender Reassignment’ and of course, ‘Kindgom of Tyrants’.”

If you’ve seen Massie’s previous work for Cattle Decap, you’ll have an idea about what’s coming (though I don’t think we need to stick a NSFW on this one). The imagery is . . . earthy . . . and the interspersed shots of the band performing are very cool to see, especially Travis Ryan’s facial expressions as he roars and shrieks his way through the song. Very nicely done.

2 Responses to “PREMIERES: ANOTHER CATTLE DECAPITATION VIDEO — “YOUR DISPOSAL””