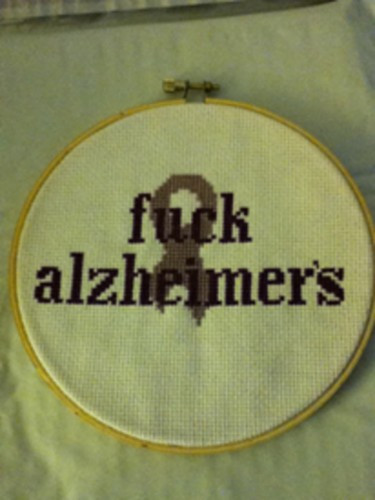 This week brought us the debut of two new compilations that are definitely worth looking at hard, because they go really fuckin’ hard. One is for a worthy cause and one is free.

“Grinding for a Cure” is a project that started small back in mid-January and quickly exploded into one of the best on-going comp projects in recent memory. The mission of the organizers (Dorian Rainwater of Noisear and many other bands, now including Excruciating Terror, Christine Coz, and Chris Messina of Swamp Gas) is to raise money to fund research into a cure for Alzheimer’s disease. Volume 1 (featured at NCS here) contained 100 tracks, Volume 2 (featured here) matched that total, and the bands participating in both those installments included a bunch of eye-catching names.

The new Volume 3 has just gone “live” with the first 8 tracks, though it’s also going to have 100 by the time it’s finished. This time, the music is being uploaded to Bandcamp as the songs become available so people can hear the music as the comp grows.

Those first 8 tracks are really good. They includes songs by Phobia, Dim Mak, Inhabitants, Scars of Deceit, Gooze, Horse’s Silhouette, and Human Trade. But I want to make special mention of the first song — “Look At the World” — because it’s by Excruciating Terror.

That’s a name that seems to inspire reverence in crust/death/grind circles. They put out some seminal releases in the 90s and then dissolved, but they’ve reunited for the first time in 15 years to perform as part of a September 14 tribute show in L.A. to the late Jesse Pintado, an iconic member of Terrorizer, Napalm Death, Lock Up, and Brujeria. AND . . . they’ll be playing at Maryland Deathfest next May.

“Look At the World” originally appeared on the band’s 1996 album Expression of Pain. Check it out below, along with the other 7 tracks, and go here to download the comp and support a good cause at the same time: 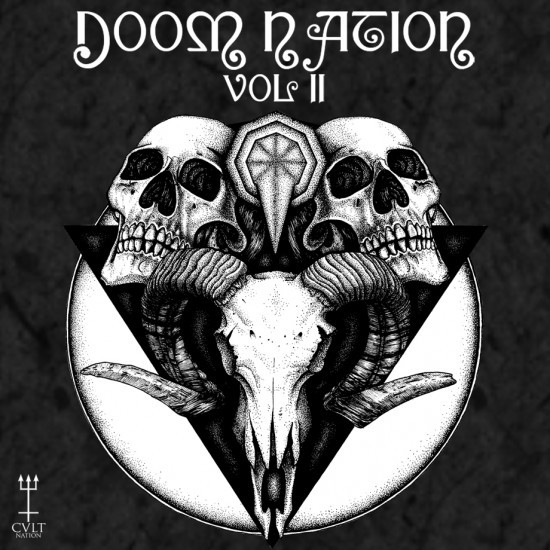 Today, CVLT Nation announced the second volume in their DOOM Nation mixtape series. I wrote about the first one, which was ridiculously strong, and the second one has an equally eye-catching line-up of participating bands — 24 of them — including the likes of Eyehategod, Primitive Man, Sleep, Lycus, Usnea, Atriarch, Bell Witch, Windhand, Pallbearer, and Loss, just to name a few of the ones I know and like. It’s 2 1/2 hours of music, it’s free, and you can get it here:

Below you’ll find an album stream and the track list.

18. Ringing Bell: With Positive Actuator To Project And To Retract Thereby: 3:21