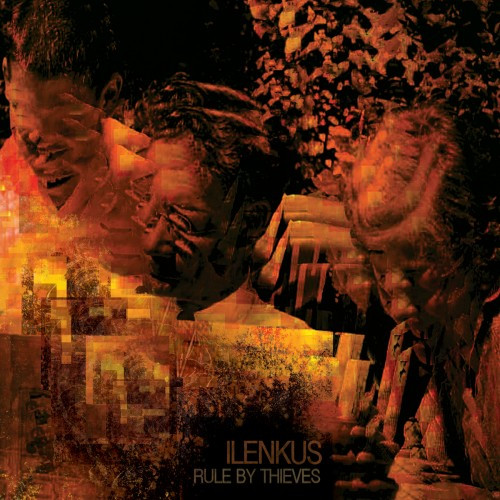 Among the recognizable bands at the festival were Irish thrashers Gama Bomb, who headlined the first night. I, however, caught two of the bands performing on the second of three nights. Both kicked my ass and reduced my brain to corned beef, but each did so in somewhat different ways. 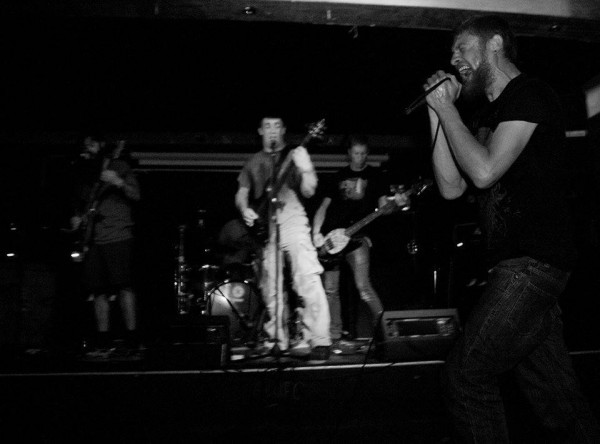 Ilenkus are a self-described “five-piece prog/post-metal” group from Galway, Ireland. They have so far released one album – Rule By Thieves, embedded below – along with a separate song (“Ram”) in October of last year. Their craft lies far more in the “post” part of their branding, as they don’t exactly do anything startlingly novel, as per Andy Synn’s argument here a few months ago. That being said, they tackle post-metal incredibly well for a band so little known, evoking at many points the ethereal majesty of The Ocean (who’ve they’ve opened for on at least one occasion).

What sets their identity in the post-metal crowd, for me at least, are the vocals of Sam Ellis, which often come to characterize each passage of Ilenkus’s songs. In “Kleptocracy”, for example, he strikingly resembles Greg Puciato during the songs’ more chaotic parts, while evoking a Mike Scheidt brought back from the beyond in the song’s doomier and more drawn-out passages. Then, on the next song, “Dr.Jekyll”, he pulls out a voice that borders on Tibetan throat-singing to provide an Eastern and meditative feel, before it explodes into a monsoon of fury and rage to close on a climactic peak.

“Phoenix” starts off with a rather mechanical-sounding intro, before the song morphs into a rifftastic, high-stakes sonic journey a la Blood Mountain-era Mastodon. For this, Sam pulls out his best Troy Sanders, before the track implodes via a Dillinger-ian CD-skip freakout and returns to the same aesthetic from which the intro crept.

The rest of the album continues on in a constant shift between progressive Mastodon-ian majesty, DEP-esque chaotic meltdowns, and pensive, but tense reprieves a la latter-day The Ocean. All in all, this turned out to be a fantastic listen and a great chance discovery. Though their last full album came out in 2011, it nonetheless ranks along with new The Ocean and Cult of Luna releases as one of the best post-metal discs I have heard all year. For the love of all things holy, please do check out Rule By Thieves below via Bandcamp.

DISCLAIMER: I swear I didn’t read their Facebook bio before making the comparisons that I did in this review. It all came from my uninfluenced impressions, though I will admit the similarities are uncanny.

EDITOR’S NOTE: We received a message from Sam Ellis clarifying that he is one of three main vocalists in the band. He provides the main vocals on “Dr Jekyll” and “Cerebral Anomaly” on the album while Chris Brennan and Josh Guyett perform the main vocals on the other tracks. All three share backing vocal duties throughout. 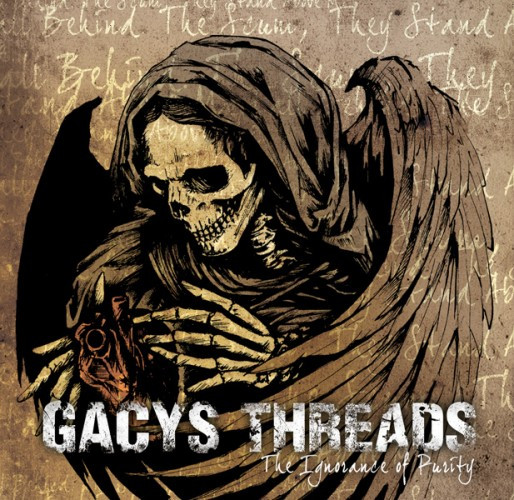 Gacys Threads are a four-piece from Belfast who traffic in the type of metalcore most metalheads can get behind – the kind that, as time goes on, is harder to classify as metalcore as it simply becomes metal in the broadest sense. This stuff is meant, most simply, to get one’s mosh on to, though they do frequently tone it down a bit for some introspective eye-of-the-storm passages. They have released three EPs so far, as well as a separate single song.

Their work reminds me a lot of Frail Words Collapse-era As I Lay Dying, with hints of The Dillinger Escape Plan at their more straightforward moments (which are still mildly fucknuts), and maybe a little Norma Jean in there for good measure. I had a great time listening to these guys, if perhaps because of the nostalgia trip they brought me on (I used to be an As I Lay Dying fanatic before I progressed into the world of death metal and beyond).

They put on a great, high-energy live show, and one that veered a little more to the grindcore or even deathgrind elements subtly present in their sound. Admittedly, I was somewhat distracted by the fact that their vocalist – Aaron Vance, who at times evokes Mel Mongeon in his vocals – looks exactly like my six-year-old nephew twenty years in the future, whose mother took me to the show. Give their newest effort, 2011’s The Ignorance of Purity, a listen below, and if you like it, all of their releases are available as name-your-price downloads on their Bandcamp page.

7 Responses to “RANDOM DISCOVERIES FROM DUBLIN”