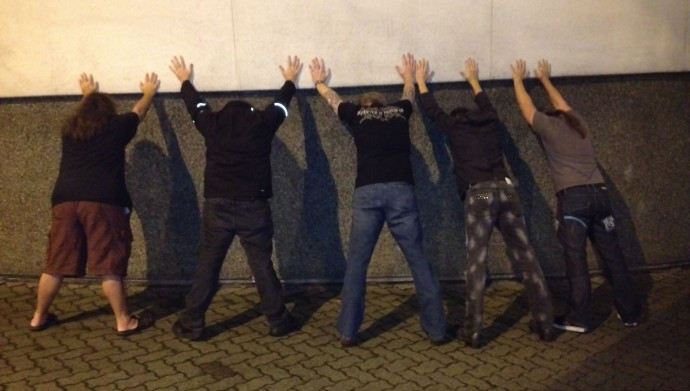 I promised you a shot of the NCS staff with heads as well as torsos, and I don’t lie. This candid photo was taken by a helpful Seattle police officer on Thursday night at the corner of 6th and Union, just prior to the kind of pat-down from a stranger that you usually have to pay for.  I’m pretty sure one of our group got wood, but I’m not saying who it was.

Actually, I just made that up. We didn’t really get a frisk job from an officer of the law. We endangered no one but ourselves, but in truth I’m feeling pretty destroyed today because our revels now have ended and, like spirits, my NCS comrades are melted into air, into thin air. Which is to say, they have gone home, and the great NCS Seattle Confab has ended. The cloud-capp’d towers, the gorgeous palaces, the solemn temples, the great globe itself of our time together, yea, all which it inherit, have dissolved.

You know things are bad when I start quoting Shakespeare. 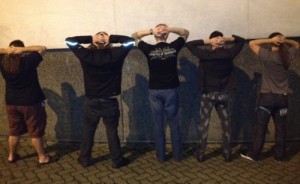 I returned home on Thursday night from the involuntary two-day trip compelled by my fucking day job, going straight from the Seattle airport to join my compatriots on one last swim through an ocean of beer, eventually ending our last bar crawl by closing down the Elysian Brewery after a few rounds of brews with names like The Immortal, Bifröst, and The Great Pumpkin.

I heard tales of their visits while I was absent to such places as The EMP (where they nominated metal songs in various categories on The Wall, including, if memory serves, Emperor’s “I Am the Black Wizards” as Best Song To Dance To) and the Seattle Aquarium (where they imagined that one of the giant octopuses shattered the glass of its enclosure and ate the head of a child), as well as other epic bar crawls punctuated by such things as BadWolf rolling downhill on a Seattle sidewalk, which explained the somewhat bruised appearance of his face.

And then yesterday arrived, and one by one over the course of a melancholy day TheMadIsraeli, BadWolf, DGR, and Andy Synn left our fair city, and this pageant faded, leaving not a rack behind.

Fuck me, I’m quoting The Tempest again. I am in a bad way.

More to the point, things around our humble site will be returning to their (ab)normal condition now that our week-long adventures have ended. Not immediately, however, because I strongly suspect that all of us will require a few days to purge the toxins from our systems, overcome the sadness of parting, and re-orient ourselves to life as we normally know it.

I want to thank the people who kindly contributed guest posts while we were all fucking off this past week. I have a few more guest pieces that I will be posting this weekend, and I do intend to whip up a THAT’S METAL! post for tomorrow, since I haven’t done one of those in something like a month.

I also want to thank all you readers for patiently bearing with us while we had our fun. It was a great time, and such a happy discovery for me that the people I’ve been associating with solely over the internet for the last several years in this NCS venture turn out to be so fine in person.

O, wonder!
How many goodly creatures are there here!
How beauteous mankind is! O brave new world,
That has such people in’t! 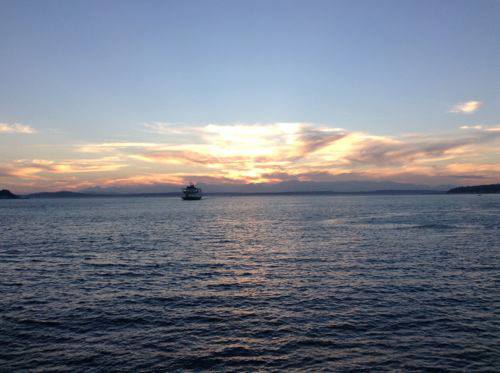 The view while sadly waiting for my own trip home last night.