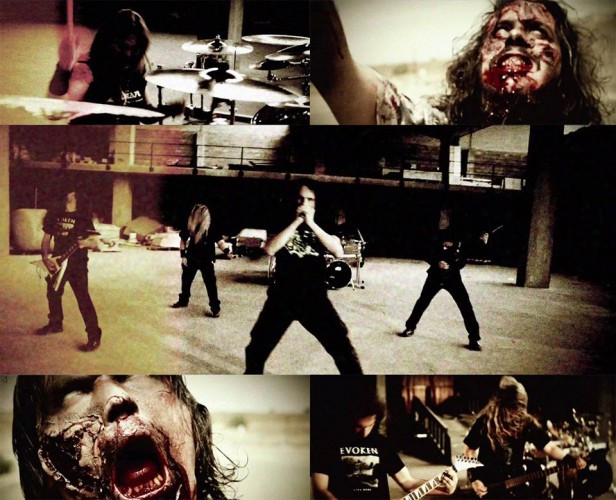 As of today, however, “Dead Flesh Awakened” has become the subject of a brand new video that premiered at DECIBEL. The song starts with Dave Rotten giving voice to what sounds like a lion’s growl. More lionine growling comes later. Along with a lot of skull-cleaving grooves and grisly melody and filthy death metal goodness. Plus zombies. Don’t forget the zombies.

I really admire the fortitude of this band playing through a zombie assault, though as you’ll see, they were just biding their time before dinner was served. I still wish they had changed their name, just for today, to Avulsed Avulsed, but that’s a minor quibble. 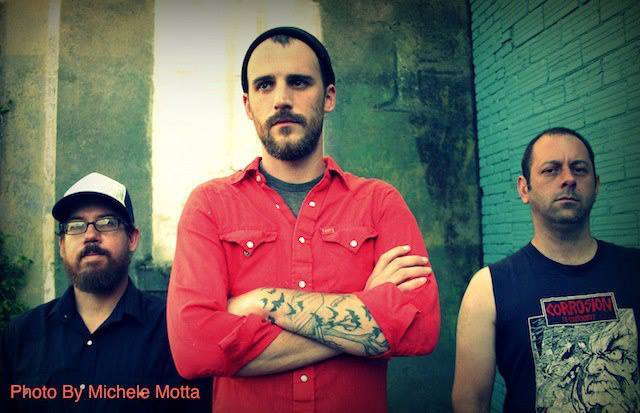 The song — “Waiting For Saturn” — is really nicely done, too. In yet another instance of false advertising by our site, the singing is clean (and nicely done, too), but the song is a heavy motherfucker. Very infectious, too. WIth groaning riffs, earth-cracking drum hits, wah-wah guitar leads, rippling bass notes, and interludes brewed with lysergic acid diethylamide, it’s a sweet slab of stoner metal. 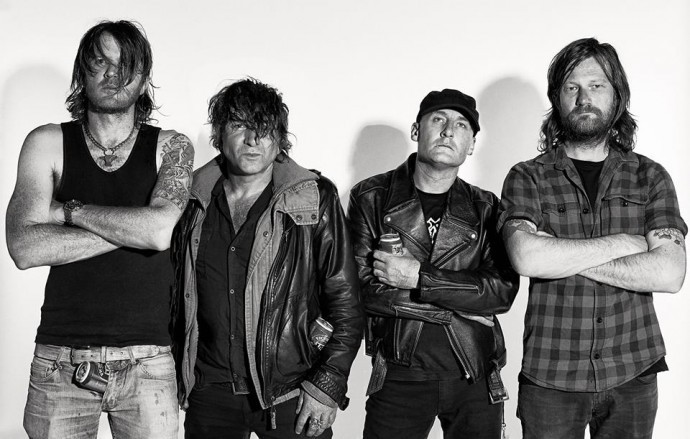 I’ve enjoyed every video I’ve seen from these ill-kempt Australians, and I think I’ve featured all of them so far. It goes without saying that I dig the music, too — and yes, it’s another Exception to the Rule around here.

The latest piece of film, which premiered today, is for “Sittin’ Pretty”, which is yet another cool song from their last album Hell’s Likely. You may ask, what is it about this video that invokes a horror theme? And I’ll tell you: it’s horrible, simply horrible, how this band and their video director have objectified a sweet young goat.