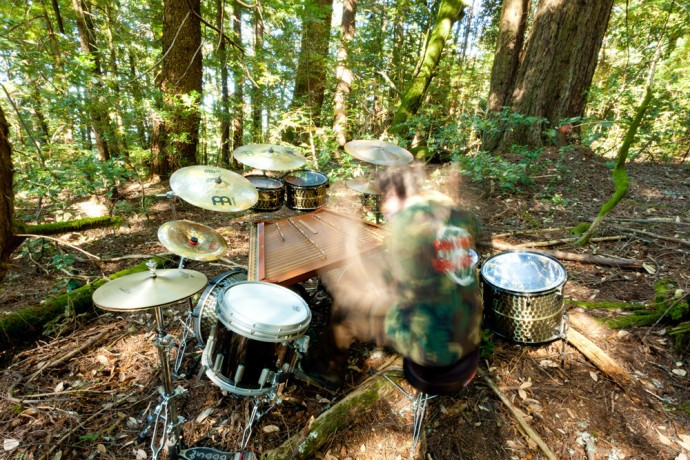 (NCS supporter and occasional contributor Old Man Windbreaker, who is prone to speak of himself using illeism, provides this guest review of the discography of San Francisco’s Botanist.)

Greetings, fellow Great Apes, Proboscideans, and Cetaceans. [Whales and Elephants like Metal, right?] Behold the insane Botanist, from the Verdant Realm. He is an eco-terrorist who lives amongst plants, plays something akin to Black Metal on Drums & Hammered-Dulcimer, and awaits/plots the demise of Humankind. He has produced one music release every year for the past three years. To know more, go to his site.

I: The Suicide Tree

Here is the first album, part of the 2011 debut release from the Botanist. The songs are typically fast and short, the whole album being only around half-an-hour long. But, they don’t invoke an ominous atmosphere in the imagination like Black Metal usually does. On the contrary, these songs are just weird, and often even uplifting. It reminds One of Elvenefris by Lykathea Aflame, because of the odd mix of aggression with melody.

The lyrics feature horrific descriptions of various species, imagined as soldiers in the Botanist’s campaign against humanity. That said, the lyrics are more amusing than horrifying to One, having been a student of biology in high school. Even the description of butterflies and moths as pillaging, raping, savage arseholes in ‘Lepidoptera’ only reminds One of the annoyance that they are when One is sitting in the balcony.

‘Gorechid’, while fast-paced, features more sinister melodies, sounding more like Second Wave Black Metal than the other songs. On the other hand, ‘Rhododendoom’ is slow-paced, and stands apart from the other songs with its dynamics.  ‘Glycyrrhizia’ makes for a satisfying conclusion to the album, being melodic yet disconcerting.

Here’s the album on Bandcamp; I: The Suicide Tree consists of tracks 1-17:

II: A Rose from the Dead 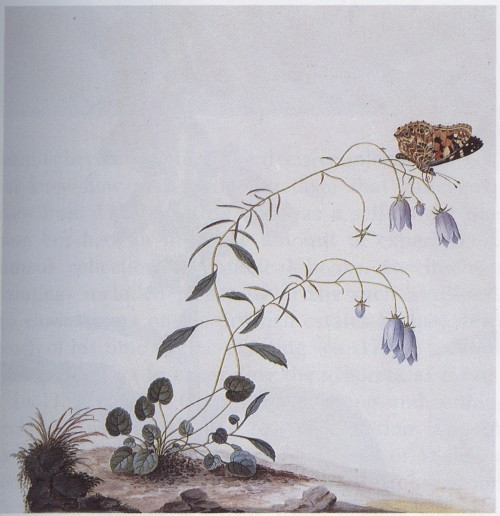 This is the second album, again part of the 2011 debut release. We hear similar fast-paced music, with greater Black Metal influence. It features more variety amongst the songs, slightly more varied dynamics within the songs, and longer songs in general. Then again, maybe the songs just feel longer, having been written more thoughtfully. Regardless, the songs on this album don’t blend into each other as they do on the first album, and manage to exhibit some distinctness despite there being so many of them. [The album is three-quarters-of-an-hour long, but has 23 songs.]

The vocal style is more varied, adding whispers, Hardcore-like screaming vocals, and growls to the Immortal-like croaking that we hear on the first album. There’s even some chanting on ‘Chiranthodendron’.

‘Dodecatheon’ features a jagged rhythm, reminding One of Byzantine, making the song particularily headbang-worthy. One of the slower songs, ‘Arbus Prectorius’, sounds like pent-up rage and agony throughout, unleashed in a fit of wordless screaming at the end.

The lyrics are again botanical horror profiles, talking about the various plant species, and their terrifying nature, again being unintentionally hilarious to One. ‘Summon Xanthostemon’ was particularily hilarious, when One misheard the line “Golden Penda be they name” as “Golden Panda be thy name” … Almost spit out One’s Nutella/milk blend.

By contrast, the ending song ‘A Rose from the Dead’ doesn’t feature botanical nerdery, instead setting up the world and general mood of the ‘Verdant Realm’ mythos. This song isn’t the last track on the album though. The last track is an untitled instrumental, which could perhaps be thought of as a funeral dirge for the ‘verdurous’. The song ‘A Rose from the Dead’, followed by this funeral-dirge-like song, makes for a fitting end to the album, and sets the mood for the next album.

The album is included in the Bandcamp player above; II: A Rose from the Dead consists of tracks 18-40. 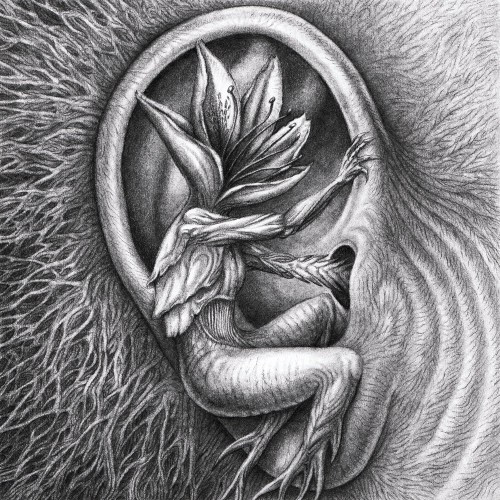 The third album from the Botanist, the 2012 second release, has a heavy Doom Metal influence, with songs 7 minutes to 13 minutes in length. The vocals are subdued, often being unintelligible whispers. Even the shrieking vocals sound suppressed in the mix. This gets a little annoying, as it makes the lyrics difficult to follow alongside the song.

The lyrics again talk about various plant species being horrible and lethal. But this album also prominently features fungi, with ‘Deathcap’ and ‘Amanita Virosa’ talking about poisonous mushrooms. Again, One found a particulairly humorous line, albeit unintentional. The phrase “Renal Destruction” in ‘Amanita Virosa’ made One actually spit out the milk One was drinking (back into the cup though). For those not in the know: ‘renal’ refers to the kidneys, which make your piss. Still, One can’t understand why this sounds hilarious.

Disregarding the unintentional humor, the lyrics only make the album sound like slowed-down Black Metal, never really inducing the gloom and despair that One expects of proper Doom Metal. One is admittedly intolerant of Doom Metal, not having the patience to sit through an album of constant gloom over an hour long. But, One did manage to sit through this one. One didn’t even notice the end of the album. This might speak to how this music appealed to One so much that One got lost in the experience. This might also be a sign of how unremarkable the ending was… The song ‘Panax’ repeats the same musical motif over and over, trailing out without proper conclusion.

Still, this album is a decent Doom Metal piece (or Doom-Metal-like, at least), and is an excellent follow-up to the previous year’s double-album.

Here’s the album on Bandcamp; III: Doom in Bloom is tracks 1-7:

Did One mention that III: Doom in Bloom doesn’t seem to conclude properly? This feeling is aggravated by being followed by Allies – a compilation of songs by “allies” of the Botanist, using drum tracks from the Botanist’s own music. These songs sound like a more traditional Doom Metal version of Botanist, featuring vocals – both clean and harsh –  guitars, bass, keys, and drums. As a part of this playlist, this album really disturbs the flow of the Botanist’s music. But, it is an excellent album by itself, appearing to be songs by the Botanist’s less insane human supporters from outside the Verdant Realm – like a post-spilt-up “Tribute to Botanist”, even though he’s still active.

The album is included in the Bandcamp player above; Allies is tracks 8-14. 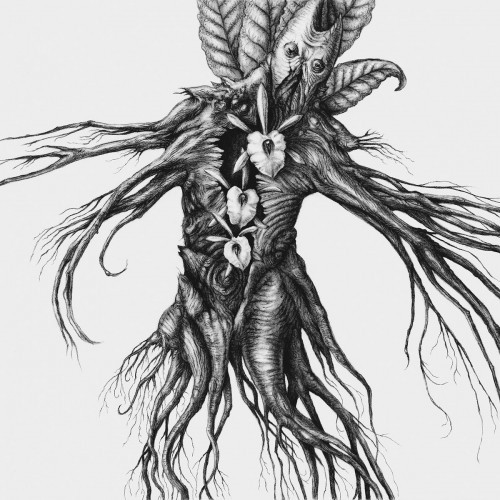 This album is more appealing and cohesive than the previous albums. This is in part due to the major portion of the album being a musical suite about Mandragora / mandrakes. Moreover, this album abandons the harshness and aggressive pace of Second Wave Black Metal from the first two albums, and the gloominess of the Doom Metal on the third album. While the music is melancholic and atmospheric, it also incorporates Black-Metal-like vocals and drumming. In addition, the dulcimer sounds distorted and heavily reverb-ed. This album’s music feels more akin to that of Post-Black Metal bands such as Agalloch and Oak Pantheon.

The last two songs are about two plant species other than the Mandrake, and feel like unecessary filler. The album could very well have been concluded with “Mandragora V”, bringing the album down from over half-an-hour long to EP-length. The conclusion of the Mandragora suite is thrown off by the addition of these two songs. Then again, if you’re not reading the lyrics while listening to the songs, you wouldn’t notice the transition from the main suite to the appended filler.

The album’s main suite Mandragora speaks of the Botanist raising an army of Mandrakes. The Mandrake is supposed to be a magical root in the shape of a human, whose shriek can kill. The Botanist follows instructions given to him, likely by the demon Azalea, to cultivate mandrakes. The sowing of mandrakes is by hanged men ejaculating onto soil in their death throes. From the Nightshades that grow in that soil, the mandrake fetuses are to be harvested on the Monday after Vernal Equinox. They are to be nourished with cattle milk, in which three bats have been drowned. [Shikaka!] On the next New Moon, the mandrakes are to be dried in a fire lit using verbena. Thus, the mandrake legion, born from men in their death, is amassed to bring about the doom of men.

Here’s the album on Bandcamp; IV: Madragora is all the 7 tracks:

Throughout the 4 albums, the dulcimer steals the attention away from the vocals and drums. But, as in great extreme metal, the drumming is silently remarkable. One needs to mentally block out the dulcimer and vocals to appreciate the drums. But, listening to the drumming reminds One fondly of Gene Hoglan’s drumming in Strapping Young Lad and Dethklok. Although wildly different in style, the Botanist‘s drumming similarly forms the foundation of the music, and is the aspect of the music that makes it truly extreme metal.

The debate over whether the Botanist’s music is really metal is likely to continue even after he releases another 4 albums. But, this stuff is weird, creepy, intense and filled with dark emotions. “That’s Metal, and it’s Music … Wait. It’s Not Metal. And it’s Not Music … I, uh … I confused myself. Who Am I?!

{Ahem} Nevermind that outburst. Go listen to the Botanist a bit.

The Botanist’s music is available for streaming and purchase on his Bandcamp, along with a couple of t-shirt designs. A Botanist / Palace of Worms split is to be released by The Flenser on November 5.