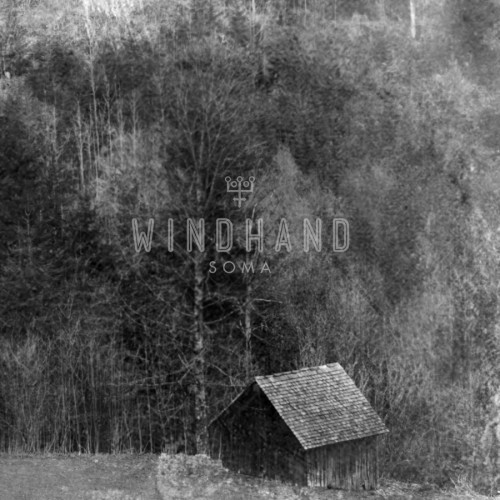 (Guest writer Leperkahn returns to our pages with a review of the debut album by Windhand, which will be officially released by Relapse Records on September 17.)

Before I start, I should qualify this review by noting that it’s an Exception to the Rule, as it features the ethereal clean singing of one Dorthia Cottrell. That said, this 75-minute behemoth of a disc is heavy enough to drag down the pace of your entire day, so I think it should fit into the NCS aesthetic just fine.

Windhand hail from what has now become a mecca of ‘00s metal, Richmond, Virginia, home to such heavyweights as Lamb of God, Gwar, Municipal Waste, and Inter Arma, bearing with them one demo, one split, and one full-length before this one. Bathing in such fertile waters has done them well, as they have emerged as much a product of their hometown as of their influences. This tends to be evoked in the subtle southern country bleakness that pervades this record, and sets it apart from the rest of the doom crowd to which it may be compared.

The first comparison that comes to mind starting this disc is the heavy influence of Electric Wizard, and Windhand admittedly come frighteningly close to aping them completely, from the same fuzzy, monolithic guitar tone to the same distant, ethereal singing that sounds as if it’s coming from beyond a hazy, LSD-soaked void. 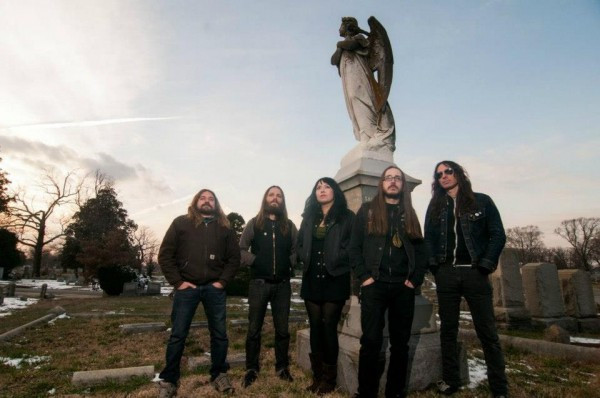 The difference with Windhand in this situation goes back to their hometown. The slight southern aura that Richmond has ingrained in Windhand manages to take most of the druggy connotation that is so prevalent with Electric Wizard and bring it back from beyond the void. This changes the record from sounding so thoroughly like a bad trip, as much of Electric Wizard’s catalog does, and grounds it in a barren, desolate reality. Rather than coming entirely from beyond the acid-drenched veil, which can seem less real, Windhand deliver that sound so that the void is the one in the depths of the woods just past the backyard, making it all the more eerie and haunting.

The first song I discovered from this record was, fittingly, the album’s opener, “Orchard”, through a Facebook post from Relapse about a free download of said track being hosted at insound.com (linked below). This one begins suffocating you from the outset, laying down a gargantuan riff that makes you feel like you are the carpet upon which a ritualistic procession promenading the hearse of hope and happiness treads. This song also includes the first of many psychedelic, Jus Oborn-like guitar solos, which weave their way through the listener’s brain like a serpent with LSD as its venom. The whole song feels like it blows by in half or one-third of the actual runtime, a phenomenon repeated throughout the disc in a way that helps maintain an attentive ear throughout.

Second track “Woodbine” starts even quicker out of the gate than its predecessor, with the guitars of Asechiah Bogdan and Garrett Morris bringing down the sonic weight of a herd of mammoths upon your chest, with Cottrell’s mournful, melancholic cries echoing your own desperate gasps for help as mere vestiges of what once was, and the barren nothingness that your suffocation has brought upon you. So yeah, it’s heavy. Another Wizard-ian solo punctuates the track, giving it a quick change of pace before returning back to Cottrell’s haunting, soft voice and, for the last three minutes of the song, one more  (The) Bends-inducing riffed soundscape, the one that forces out your last, desperate, futile breaths.

“Feral Bones” begins with a brief bass intro before expanding into the whole riff, continuing Windhand’s knack for laying down a great doomy riff to build upon. Their formula continues here, as they transition from a doomy riff to an Oborn-ian solo, back to the riff, and then on to a different riff to close out the track, all with ethereal singing in the background as contrast with those massive tones.

“Evergreen” is the record’s only major downscaling of the sonic weight that’s otherwise present, with only a somber choir and jangly, melancholic acoustic guitar. This absolute sonic 180 is very much akin to the confusion to be experienced when you reach “They Rode On” on Watain’s new album. The sound reminds me eerily of the Sirens’ song in O Brother, Where Art Thou — if those sirens were whispering destitute hymns about the desolation of Odysseus/Everett and his companions, rather than luring them into debauchery with lusty verse. This is my personal favorite song on the album, both because it’s so different and because it’s so powerfully passionate and bleak. You positively ache for the band during this song, and what sorrow must have befallen them to even contemplate a song this gloomy.

Windhand kick back into their fearsome, extended, colossal riffscapes, Electric Wizard-style hazy soloing, and ethereal crooning from beyond the arboreal void. Yet the other main talking point for this album, along with what I sincerely hope will be “Evergreen”, is the half-hour closer to Soma, “Boleskine”. After opening with a few minutes of the same acoustic guitar timbre present in “Evergreen” paired with empty, solitary, destitute gusts of wind, the band erupt in what may be the most aurally crushing riff on the album, combined with especially passionate and melodic singing by Cottrell, a passion that can be felt despite the hazy veil that lies over the vocals.

This movement, as a consequence of its massive runtime, winds up being the most monotonous and drawn out, as long sections of it are characterized by trance-like sameness with the passing minutes blurring together, though it does segway back into more of that beautifully emotive acoustic guitar I’ve raved about at around 13:30 for a minute or two. After that brief acoustic interlude, the song picks up on another, very similar riff – which is, to be fair, just as monolithic as any on this record.

That one slowly fades for the better part of 10 minutes, with the gusts heard at the beginning of the song reappearing stronger than before, reflecting the further sorrow and despair that the wind carries and whispers to any who will listen. In the last 2-3 minutes left, that wind, emerging from beyond the arboreal pale Windhand have conjured, finally swallows the last echoing guitars, bringing Soma to a close in the utter barrenness and depressive solitude that had always been threatening throughout the disc.

This album, with its psychedelic, slow-moving progressions and long runtime, can be the perfect soundtrack to the really long day at work/school/home. In my case, it has actually helped me focus as I work on the various things I have needed to do over the past week or so since this album began streaming on Pitchfork’s irritatingly illogical album stream page. That said, you will almost definitely pause to listen to at least “Evergreen” with your full, undivided attention, as that song requires it much more than the others.

I’m not normally much of a doom guy, but Windhand have now established a trend; I seem to be finding one album a year in the genre that rekindles my interest. Last year, that release was Pallbearer’s fantastic Sorrow and Redemption. With that, I leave you to that Pitchfork stream, as well as the free download of “Orchard”, and a Bandcamp stream/download of the first two songs off the album. Bandcamp should have the full stream by Tuesday, when the Pitchfork one goes down.