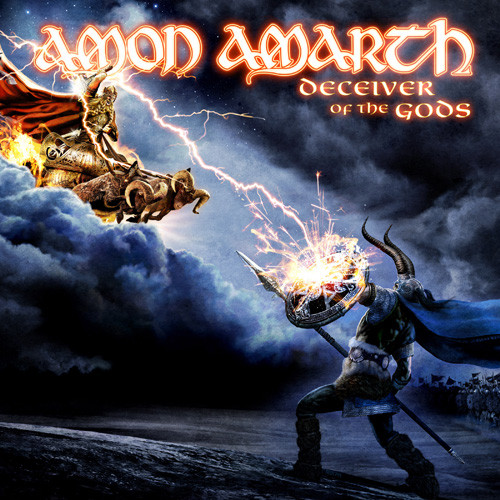 (To quote the legendary Orson Welles, “We will serve no wine before its time.” The time has finally arrived for the legendary DGR’s review of the latest album by the legendary Amon Amarth.)

If you are a heavy metal writer, at some point in your career there will come the moment when you cross paths with writing about Amon Amarth. It’s become a requirement, and something of a ritual, that at some point must discuss an Amon Amarth disc. Despite appearances that I’ve been metal blogging forever, I’ve managed to avoid this ritual, having handed off reviews in the past to people who absolutely loved their latest disc or were so familiar with the band that they could capably argue its quality and merits.

Amon Amarth have, at this point, ascended beyond being a band and have become a cultural staple – to an Iron Maiden degree. They’re a band people who don’t like heavy metal, or haven’t listened to much of it, will talk about as if they’re the greatest thing in the world. The sheer mention of Amon Amarth will cause people who have never heard of the band to act like it’s the coolest thing that they’re the Viking metal band. It is a gimmick to which the band have dedicated themselves to the fullest, and it has permeated their whole career to the point now that we often don’t actually talk about the music when we talk about Amon Amarth.

It’s worked for them so well that they’re beyond musical discussion, because we know that, at the very least, it will be an Amon Amarth disc. It sucks, too, because Amon Amarth have put out some fantastic music and some very high quality albums, so there really is always a discussion to be had about the band, beyond the fact they have a fucking longboat on stage. 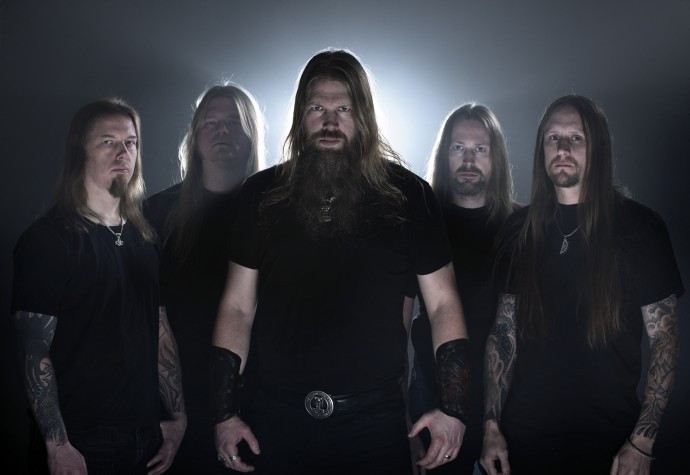 It seemed that Amon Amarth really found a sound during the Fate Of Norns/With Oden On Our Side stretch and since then have been subtly altering it for each release, so that you really have to be familiar with them to notice what they’re up to or you wind up writing them off as one of the most Ipod-Shuffle-friendly bands out there — every song is at least “pretty good”, but you may never go through a whole disc because the tunes kind of sound the same.

From the first note of Deceiver Of The Gods, fans of Amon Amarth will realize that the album will give them a lot to chew on. While you’ll never go broke playing to the cheap seats, Amon Amarth have become masters of making music that’s immediately recognizable as an Amon Amarth tune — from the bombing runs on drums, to the gallop of the guitars, to the epic circle-headbanging riffs, to the glorious fight aspect of all of them, Amon Amarth have joined the metal pantheon as the masters of the battle anthem.

Putting on any Amon Amarth tune that has the same tempo and songwriting style as the title track from this disc is a good enough reason to charge headfirst into the frontlines of war, no questions asked. Even in a modern battle with guns, the idea of dying and going to Valhalla because you were the idiot with a battle axe seems like an excellent, if skewed, idea. The titular song, “Coming Of The Tide”, and “Father of The Wolf”, with trending toward death and roll, fit perfectly with this.

The band keep up a speedy pace on this album, too, with very few songs dropping into mid-tempo territory, which before has been where the group’s weaker songs were to be found. Not this time, because on Deceiver Of The Gods when things get mid-tempo, things get experimental and weird. The only risk that the band run with writing so many songs that are so recognizable as Amon Amarth songs is that at times they tread on their own riffs. “We Shall Destroy” at times sounds like a nearly identical twin to “Gods Of War Arise” from With Oden On Our Side, particularly in the moments leading up to the chorus. Granted, just about any time the band begin to do the really fast guitar picking, they risk falling into faceless riff territory, but at the very least it’s an interesting problem to have. “We Shall Destroy”, by the way, is the only one I noticed that lacked individuality, with the rest of the songs achieving anthemic to near-anthem status.

Amon Amarth have been in the business of writing the above-mentioned battle anthems for some time now, so for me the most exciting parts of Deceiver Of The Gods are the songs where the band decided to make a really dramatic shift in their sound. Usually, an Amon Amarth disc will have two or three songs that each have their own little gimmick attached to it — like Apocalyptica’s appearance in “Live For The Kill” — and Deceiver Of The Gods follows a similar pattern, the difference being that when the group decide to do something different they really go for it here.

“Blood Eagle”, despite its appearances as another Amon Amarth tune, sounds a lot like Amon Amarth filtered through Bloodbath. Johan Hegg gets incredibly low during the chorus, and the riffs during that song seem straight out of the slower, grinding death metal that preceded much of the twin-guitar melo-death that have become Amon Amarth’s staple. The chanting that happens during the midsection of the song really throws the listener for a loop and makes “Blood Eagle” come off as a death metal epic of a song, but not in the sense of epic death metal as Amon Amarth usually approach it. It sounds like a Morbid Angel track writ for legend. It still has enough Amon Amarth DNA to be recognizable, but hearing the band become an entirely different group on what is likely to be a deep cut for this disc was exciting.

One of the other standouts, which is probably a very polarizing song for this disc, is the track “Hel” — which features an appearance by famed Candlemass vocalist Messiah Marcolin. It’s a song that is intensely different from what Amon Amarth have done before, and the interplay between Messiah and Johan is great. Some folks may be turned off by Messiah’s tendency to overdramatize, but it fits fantastically well with a song called “Hel”. For some reason, the way his voice takes on the operatic tone seems to make “Hel” into a twisted bit of music, a tune that was already far slower than anything else on Deceiver Of The Gods. Having him do the polar opposite of what Hegg is doing while delivering the same lines makes the song almost not work, but the fact that it manages to cling to some semblance of sanity and structure makes the whole song feel like something with which you could actually be tortured. It sets one hell of a mood.

“Under Siege” is another mid-tempo epic. Who knew that after three albums of really wishing they would just go fast constantly, the medium speed songs on this disc would actually come off as my favorites. Maybe there is too much of a good thing and the change of pace is just refreshing.

Deceiver Of The Gods really is the most interesting thing Amon Amarth have done in a while. That they play around with their sound so much on this disc implies a recognition by the band that they do need to shift things up a bit, and when they really decide to push the boundaries of what constitutes an Amon Amarth song, it works particularly well. This experimental aspect goes a long way to making Deceiver Of The Gods feel fresh — like the band were in a really creative mood when they wrote it. While it may include plenty of songs that can be added to the Amon Amarth song archives, during which you get to spend the better part of four minutes windmilling your life away, they managed to try a bunch of things that keep Deceiver far more interesting than one would expect.

It still has plenty of red meat for the fans; they remain one of the best bands band to pick as a soundtrack for the day. They still have the epic song mastered. And yes, while at times they play heavily into their own Viking mythology to the point of self-parody, there are still few other bands to blast while getting ready to go fight for something.

Deceiver Of The Gods is also surprisingly scrappy, in the sense that it feels like the sort of album recorded by a band who now feel free to do whatever the hell they want, because now they aren’t answerable to anyone in terms of their sound. They do enough breaking and deconstructing of the idea of an Amon Amarth song on this album that whatever they do next is bound to surprise. It’s a weird and exciting time to be an Amon Amarth fan because of that aspect alone.

Sure, they could probably kick out more Amon Amarth tunes and it could likely turn out very well, but what they have done on songs such as “Blood Eagle”, where they verge on performing a completely different style of death metal, to the twisted aspect of Messiah’s appearance on “Hel”, make the future of this band intriguing. Deceiver isn’t super-consistent in terms of flow, but quality-wise it comes in very high. If you haven’t listened to this band for a while for fear of them spinning their wheels in the mud, Deceiver is a good time to jump back in.

5 Responses to “AMON AMARTH: “DECEIVER OF THE GODS””