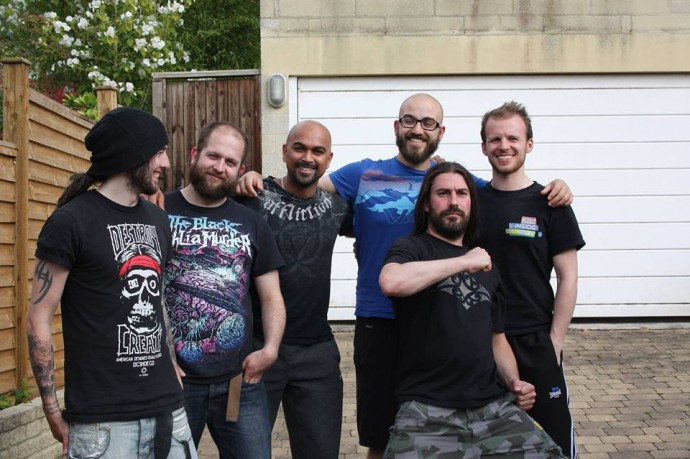 This is turning into a very nice week for fans of technically exuberant, blast-strength death metal. Yesterday we had the pleasure of premiering a new song by Rivers of Nihil and today we discovered that London-based Karybdis have also debuted a new single. The new track is named “Constellations”, and man, does it fly. It jabs and jumps and spins like a whirlwind, too.

The music is in constant motion, switching tempos and switching moods at will. It delivers a flurry of prize-fighter punches as well as a dreamy instrumental interlude . . . and there’s what sounds like a string quartet letting you down easy in the outro. And did I mention the bass drops? I did mention the technical exuberance, and there’s plenty of that in “Constellations” as well.

Karybdis are also running a mix competition for this song. They’ve provided a download of all the raw mix files for the song, for use by competitors, and there are a bunch of prizes for the winners. You can find the details here: