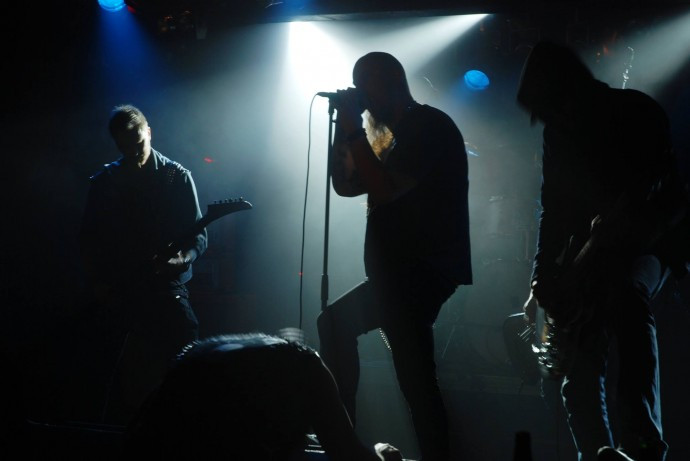 Here are a four new (or new-ish) things I saw and heard since the weekend began that I’m really liking. I could keep them to myself, but I believe that goes against the first rule of blogging: Assume that everyone is fascinated by everything that interests you, and therefore keep nothing to yourself.

You can think of this as a death metal sandwich, two slices of rotting death metal bread on the outside and two unusual goodies in the middle.

We’ve been tracking the output of Sweden’s Blood Mortized since the beginning, and now they’re about to follow up their 2012 album The Key To A Black Heart (reviewed here) with a new full-length — The Demon, The Angel, The Disease. Today the band unveiled a music video for a track off the forthcoming album. To sum up:

The Music: Doing it the flesh-crawling bone-smashing old way, and doing it right. OOOF!

The new album should be ready before the end of October. Feast your eyes and ears on this: 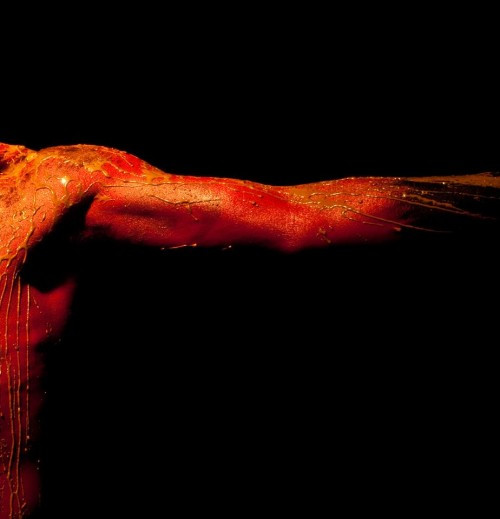 “Hidden Lotus” is my favorite song on Meliora, the most recent album by French metal band Eryn Non Dae. — and that’s saying something, because the album is brimming with powerful music. It may also best represent the conceptual theme that runs through the album as a whole. The roots of the lotus draw nutrients from the mud, and it flowers above the water, its transfiguration providing a metaphor for the growth and transformation of human consciousness — which is the heart of the journey that unfolds in the album.

What I saw this weekend was the band’s official video for the song, directed by Arnaud Gransagne. The symbolism in the video speaks for itself, but may be somewhat more apparent with the background I’ve just provided. But you don’t necessarily need to understand the ideas that inspired the band in order to appreciate the music.

The song itself, like much of what Eryn Non Dae. create, is not easily classifiable. Part progressive, part hardcore, part sludgy post-metal, it’s an absolute pile-driver of a track. The riffs and lead guitar parts mix skull-cleaving aggression with moments of floating ambience, the vocals are white hot, and the fascinating drum and bass rhythms are worth paying attention to all by themselves.

“Hidden Lotus” still appears to be freely downloadable at this location. Watch the video next. 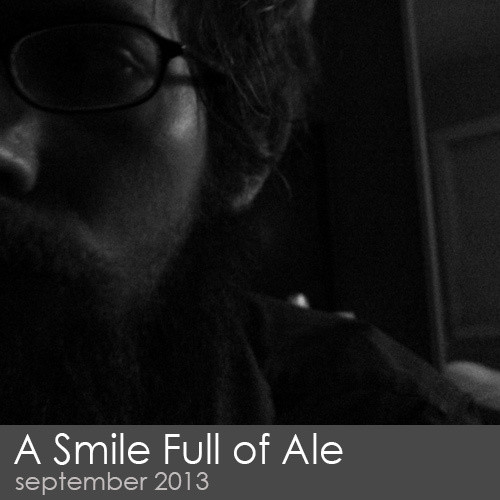 A SMILE FULL OF ALE

Nowadays there are more one-man bands out there than ever before. Rarely, some are even capable of laying down their own drum tracks rather than programming them. Even more rarely, some of them perform live, by themselves. But have you ever seen a one-man band perform live, playing drums and bass at the same time? You’re about to.

Justin Talley from Denton, Texas, usually plays bass and provides vocals in a “progressive psych” band named Cerulean Giallo, along with drummer Brandon Young. But Talley also has a side project named A Smile Full of Ale in which he does those things solo. Recently he stopped by The Violitionist’s living room for a live recording session and to answer The Violitionist’s three questions. (If you still haven’t discovered The Violitionist Sessions despite my previous posts about them, you really should get on that shit.)

I suppose I might have posted about this merely for its value as a curiosity, but I’m actually enjoying the music, too, despite the fact that it’s not exactly metal . . . but it’s metal, y’know what I mean?

The three tracks that ASFOA recorded for The Violitionist are freely downloadable on Bandcamp and video of all three tracks can be seen and heard here, along with the interview. Here’s one of them, “Corneal Sutures”: 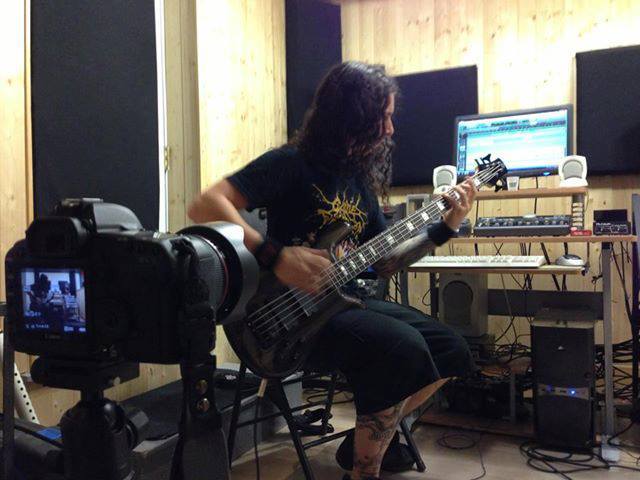 Time for that other slice of death metal bread.

In the following recent video Cryptopsy bassist Olivier Pinard and guitarist Chris Donaldson do a playthrough of the song “Two-Pound Torch” from the band’s self-titled album (reviewed here). The song is one of my favorites on that album and certainly one of the most infectious — in fact, I added it to our list of 2012’s Most Infectious Extreme Metal Songs. The playthrough is a jaw-dropper, though you might not be able to tell by looking at me, since my mouth hangs open below glazed-looking eyes most of the time. But I bet it will drop your jaw, or at least put a smile on your Monday face. Scampering spider fingers!

(thanks to Andy Synn for the tip about this video)