For newcomers to this series, here’s how the MISCELLANY game works:  I impulsively pick bands whose music I’ve never heard (usually bands whose names I’ve never heard either), I listen to one recent track from each of them (though sometimes I cheat and listen to more than one), I write my impressions, and I stream the music so you can judge for yourselves. In this installment I explored the music of Dominia (Russia), God Eat God (UK/Russia), and Sensory Amusia (Australia).

Over the weekend I posted a teaser clip for the forthcoming third album by UK-based Eye of Solitude, an album I’m eager to hear. I mentioned that the album will include guest contributions by violinist Casper and vocalist Anton Rosa from the Russian band Dominia. I wasn’t familiar with Dominia, but yesterday I received a message from an NCS supporter who I’ll call JcDA encouraging me to check them out. So I went exploring.

Dominia’s last album was Judgement of Tormented Souls, released in 2008, but they’ve recorded a new one entitled Theophania. Last month they released a two-song single that includes one track destined for the new album (“Death Only”) and a live recording of another song recorded earlier in the band’s career (“Cellar Door”). The single can be acquired on Bandcamp via this link. I listened to both songs.

Neither of them is as carnivorous as the music that usually consumes me. For one thing, they include clean male and female vocals (the beautiful female vox are by Gaby Koss), acoustic guitar, piano notes, and of course the violin (which is a particular standout on “Cellar Door”). But on the other hand they also include crushed-granite riffs, gravel-throated harsh vocals, and memorable melodies. The result is dark, dramatic music that marries beauty and the beast and should appeal strongly to fans of gothic-tinged melodic doom.

A release date for Theophania hasn’t been announced yet, but Dominia’s last two albums are available for listening and purchase on Bandcamp (check the link below), as is the single. You can listen to it below. 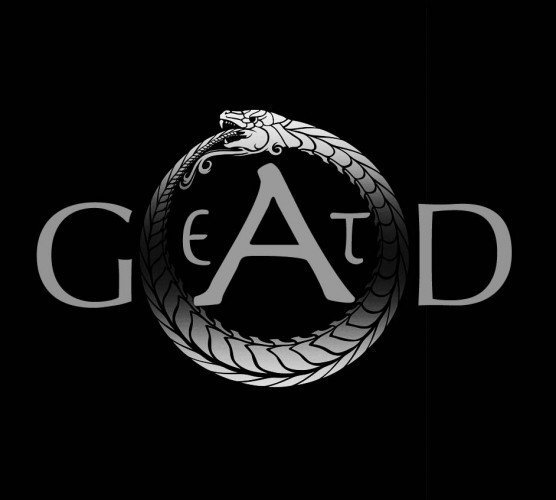 The same JcDA who steered me in the direction of Dominia also informed me that members of Eye of Solitude and Dominia are collaborating in yet another project, named God Eat God. So I thought, what the hell, let’s see what that band’s about.

The members consist of Anton Rosa from Dominia and Daniel Neagoe from Eye of Solitude, both of whom share contributions on guitars, bass, keyboards, and vocals; violinist Casper from Dominia; and Dominia’s former drummer Pavel “Jim” Lokhnin.

So far, they’ve recorded a four-song demo that went up on Bandcamp this past summer as a name-your-price offering. Those four songs add up to almost 35 minutes of music. For MISCELLANY purposes, I picked the last track from the demo, “Mantra”, since that’s what the band picked to stream first on the Bandcamp player. There are similarities to the two Dominia songs I heard — this track also blends clean and harsh vocals and also features Casper’s violin, which shares the melody with ghostly keyboard notes. But the song comes closer to funeral doom in its weight, pacing, and overarching morose atmosphere — before the pacing accelerates in the song’s second half. “Mantra” contrasts the ephemeral with the substantial in an effective way; I’m certainly interested to hear what comes next from this project.

All four songs can be streamed below. 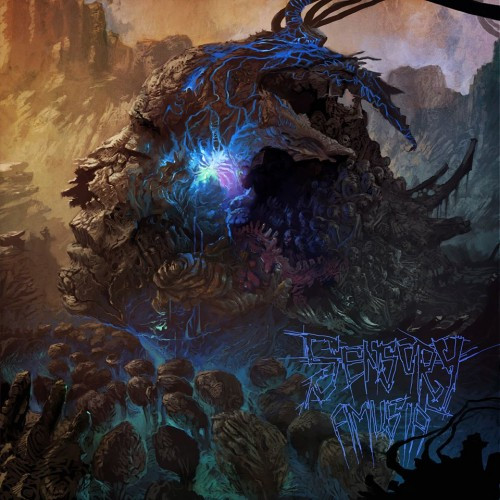 I received a couple of messages about this Australian band via Facebook, the most recent of which came in only two days ago. I can’t explain why I decided to add them to this MISCELLANY expedition instead of many other bands I could have picked, except for this: By chance, I happened to have seen the cover art for their forthcoming debut album last week, and it’s by one of my favorite metal artists, Ken Sarafin. I think it’s very cool, so I was already predisposed to investigate the music.

The new album is named Disrepair, and yesterday the band uploaded its first single, “Activation Synthesis”, which happens to feature guest vocals by Cain Cressall of The Amenta and Malignant Monster. After the slow, melancholy music of the first two offerings in this excursion, listening to “Activation Synthesis” was an especially jolting experience. The song is loaded with swarming, jabbing riffs and really excellent, hard-hitting drumwork, as well as thoroughly voracious vocals. The high-flying, technically acrobatic barrage is punctuated with a doom-y breakdown and finishes with a cool, atmospheric guitar solo that slithers and shimmers above the jackhammering rhythms.

This is a really promising teaser for Disrepair — which is now an album I’ll be looking out for.

If you like this, Sensory Amusia’s most recent EP can be downloaded by clicking this link (the download will start immediately).

I made one more selection for this edition of MISCELLANY, but I don’t want to risk people running out of patience before they get to it in this long post, so I’m making it the subject of its own MISCELLANY installment — which will be posted shortly.