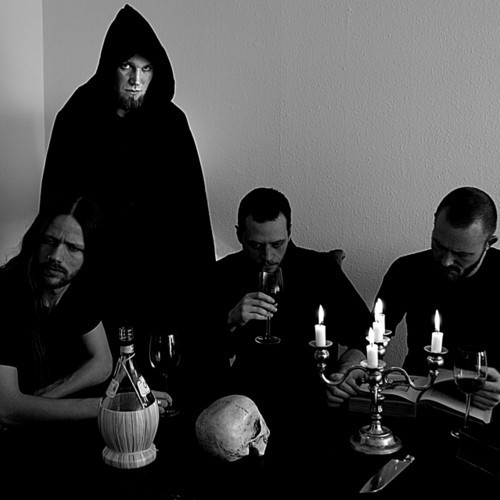 Happy Saturday motherfuckers (and of course I mean that in the nicest possible way). You haven’t asked what I’ve been listening to this morning, but I’m going to share that with you anyway, because sometimes people want things that they don’t know they want, and I feel sure this is such a time.

In listening to the kind of albums I, Voidhanger releases, I’m used to getting my brain pureed in a blender or torn apart by black hurricanes of harrowing noise. But this morning I listened to the first song on a forthcoming I, Voidhanger album that takes a different turn. The album is Incendiary Serum by a Danish band named Phantom, and it’s scheduled for release before the end of this year. The opening track is “Ghostly”, and it is ghostly (and ghastly).

The aura of the music is still very black and bleak, still filled by vocal vomit, but it’s slow, crushing, and melodic. Powerful degraded riffs stomp and moan, twisted tremolo trills flit through the murk, minor-key piano melodies sing the songs of dead, homeless souls. You can headbang, and you can sink into a state of melancholy bereavement. This is an excellent melding of doom, death, and black metal. I, Voidhanger does not disappoint. Here’s “Ghostly”: 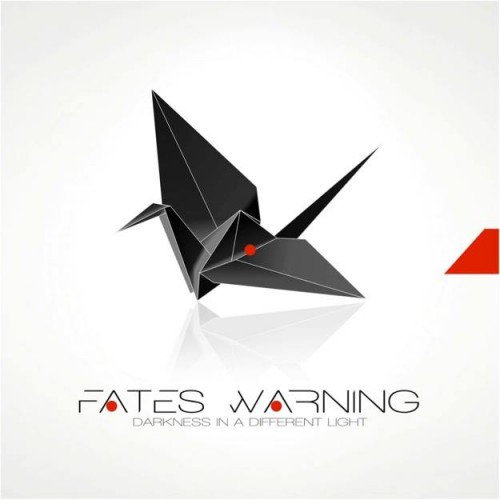 Despite the fact that Fates Warning have been releasing albums since the mid-80s, I’ve never been attracted enough by the few songs I’ve heard to dive headfirst into their music, in part because of my well-advertised vocal preferences, otherwise known as “tunnel vision”. It may also have something to do with the fact that when their new album is released on September 30, it will have been nine years to the day since their last one. However, I did relent this morning and listen to a song from the new album that had been recommended to me by someone, I forget who.

The name of the album is Darkness In A Different Light and the track I heard is “Firefly”. Surprisingly to me, I found myself thoroughly enjoying it. Ray Alder’s clear, arcing vocals are striking, the riffs are heavy and compelling (noticeably heavier than I remember from previous FW songs I’ve heard), the soloing is hot, the rhythm section is galvanizing, and the melody is hooky as hell. Stupid me, I need to erase my preconceptions and listen to more of this album when it arrives. 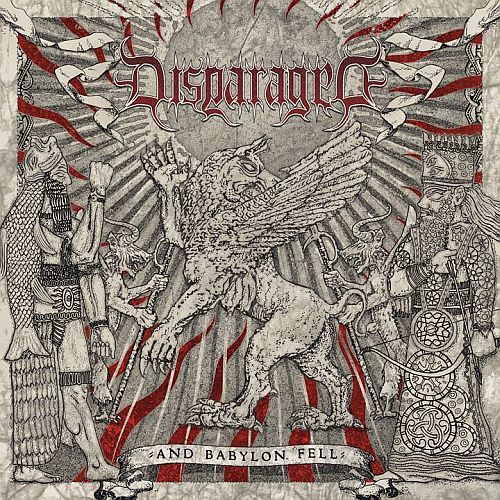 I came across the next song because it was shared on Facebook by a friend whose NCS persona is deckard cain. The band is Switzerland’s Disparaged, and their fourth album And Babylon Fell will be released by Apostasy Records on October 11. The song I heard from that new album is “Approaching Underworld”. It’s grisly, dynamically-paced, tremolo-burrowing death metal. You want dynamic, rapacious vocal viciousness? You’ll get that here. You want a mammoth, bone-cracking low end? You’ll find that, too. You want a mix of pneumatic rhythms, maggoty guitar leads, and dark, catchy melodies? Check. Very nice guitar solo, too.

Basically, this is just an outstanding bone-smasher of a song.

Okay, now we’ll turn to some videos of live performances that I’ve been watching. The first is by Norwegian black metal stalwarts Carpathian Forest. The video shows their performance of their song “Morbid Fascination of Death”, live at the Party.San festival in Germany last month. It’s a fan-filmed video, and so the audio and picture quality aren’t as good as you’d want, but I still really enjoyed it. The lyrics also seemed especially appropriate for this day, when the weather here in Seattle is a depressing reminder of the winter that is soon coming (I’m including the lyrics below the video), even though the song is more like a forest on fire or a blizzard of ice than the slow leak of rain.

I wish to hell that frontman Nattefrost could get a US visa so this entire band could come serenade us here in the US.

I got pretty damned sick of watching some of my East Coast Facebook friends crow about the awesomeness of seeing Carcass and Immolation perform live at Brooklyn’s Saint Vitus venue on September 25. I feel somewhat less jealous of them now that the incomparable (((unartig))) has uploaded his usual high-quality video of both sets in their entirety. I’ve embedded both films below. Hail Satan.

(You can see the set lists here and here. I still wish to fuck I had been there.)