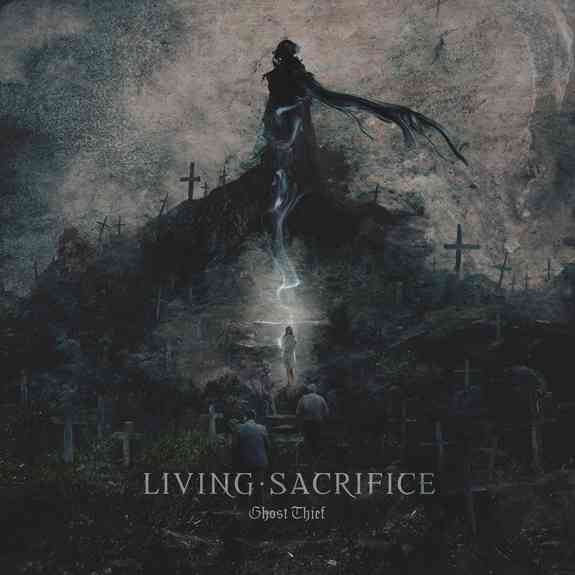 I’m pretty sure that Living Sacrifice are one of those bands that all of us here at NCS agree upon, and so we were excited to learn today that LS have a new album scheduled for release by Solid State Records on November 11. Entitled Ghost Thief, it will include 10 songs, one of which will feature a guest appearance by Demon Hunter’s Ryan Clark and another of which will feature Dave Peters of Throwdown.

We loved the band’s 2010 comeback album The Infinite Order and we have high expectations for this new one. “Ghost Thief  is a reference to the personification of Death,” guitarist/vocalist Bruce Fitzhugh explained via a press release. “Depending on the circumstance, death can be greeted as an enemy or a friend. We have a few songs that deal with the suddenness and finality of death. ‘Ghost Thief’ and ‘Sudden’ both are inspired by people who died suddenly and unexpectedly. Friends of ours or family members that we were close to.”

There’s not much else to report at this point — other than to mention (as you knew we would) that the cover art is fantastic. Unfortunately, we haven’t yet identified the artist, but this post will be updated to include it once we find out.

UPDATE:  As some of us on the NCS staff had guessed, we can now confirm that the killer cover art was created by the renowned Travis Smith, who also created the cover for the band’s 2002 album, Conceived In Fire.