(BadWolf is back with a review of the stupendous new album by those swamp lords from France, Glorior Belli.)

I’ve gotten in a few discussions about Gators Rumble, Chaos Unfurls, the new album by France’s Glorior Belli—already a mark in the record’s favor. People seem to be of two camps regarding the band’s unqiue—and oftentimes infuriating—mixture of black metal and blues rock. Glorior Belli begs the question: where does meaningful experimentation end and gimmick begin? Their choice of blending ingredients doesn’t seem meaningful on the surface, or organic. It’s certainly hard to get right judging by their previous album, 2011’s The Great Southern Darkness, which suffered from an incoherent production that often reduced the band’s experimenting into mush. However, if this year’s iteration is any indication, Glorior Belli is no gimmick, despite an irreverent tone.

On Gators Rumble, Chaos Unfurls, the blues licks overpower the black metal foundation. Only the first leaked song, “I Asked For Wine, but He Gave Me Blood” has more grime than blue notes. A cursory listen to opener “Blackpowder Roars” reveals squealing Les Paul pentatonics and some swing time drumming. The album benefits first and foremost from some added clarity and a boosted bass sound—like Skeletonwitch did earlier this year, Glorior Belli show credence to the raw power of the Rickenbacker! Songs like the mostly instrumental “A Hoax, a Croc!” greatly benefit from the separated instruments, as for most of the record the bass and each guitar play distinctly different lines—it’s a rich, complex sound that somehow goes down smooth. 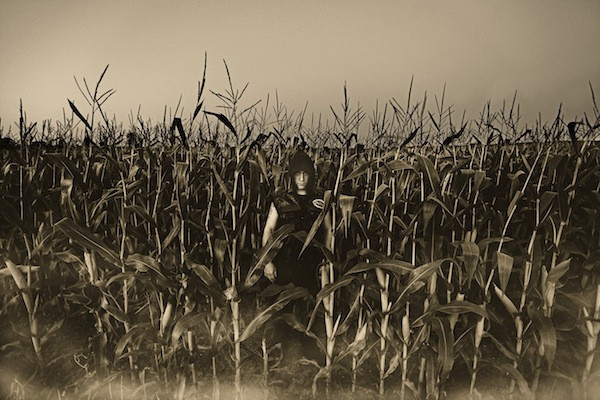 Those song titles might be raising your eyebrow. Get used to it. Other gems on Gators Rumble include “From One Rebel To Another,” “Built for Discomfort”, and “Le Blackout Blues.” To add to that, the sole official member of Glorior Belli (presumably lead guitarist/vocalist Julien) is credited on the promo copy as ‘Billy Bayou.’ And does anyone remember their hilarious video for 2011’s “They Call Me Black Devil”? Clearly, Glorior Belli are card-carrying members of the fun club, and everything from the song titles to the very ideal of the band are designed, in part, to give a stiff middle finger to black metal orthodoxy. Only the scratchy monotone vocals retain a sense of retro black metal, but Glorior Belli often underpins them with strained clean-ish punk singing to raise the tension. Glorior Belli songs are not kvlt, but they are fun.

The blues here isn’t particularly trve either. This is all stuff one could glean from a middle-American classic rock station, but it winds up working in the record’s favor. Gators Rumble brings riff and groove as focal points, while giving every song its own hook, vocal or guitar. It hasn’t left my workout routine for two weeks, and definitely proves itself as a more focused effort than The Great Southern Darkness, which I’ve actually found myself liking less since hearing Gators Rumble, Chaos Unfurls. It’s a classic case of loving the yougner child more for learning from its senior, and if this album is any indication, the next Glorior Belli record will be one for the books, hopefully after a few years of solid touring.

Speaking of touring, I saw Glorior Belli at this year’s Maryland Deathfest (they were one of the reasons I bought the ticket in the first place) and it took them a few songs to feel comfortable in their own skin. If you’re reading this, ‘Billy Bayou,’ take heart. You pen great tunes. Now come back over here and blow my eardrums out.

EDITOR’S NOTE: Gators Rumble, Chaos Unfurls will be released on October 29th in Europe and November 12th in North America by Agonia Records. You can pre-order it here, and below the following links you can hear two official tracks. Listen up — your earholes will thank you.