(BadWolf reviews the new album by Skeletonwitch, which is slated for release on October 29 by Prosthetic.)

Hopelessness lives in Ohio. I was born here. My world is flat, industrialized, and divided by thirds into fields of GMO crops, seemingly bombed-out factory complexes, and dilapidated ghettos. (Very well, I’m being harsh to my home, but follow me.) Ohio’s metal scene stands in equivalent disarray, with a few notable exceptions—and the most notable is Skeletonwitch.

Hailing from college town and bar hopper’s paradise Athens, Skeletonwitch bring a home-grown and fun-loving attitude to their puree’d blend of old school heavy metal, thrash, death, and black metal. Their short albums and shorter songs pack in screeched vocal hooks and twin guitar leads at blitzkrieg tempos. Since roughly their 2007 album, Beyond the Permafrost, Skeletonwitch have been the little band that could, plowing uphill with a tireless work ethic and a knack for good songwriting.

They know their strengths—frontman Chance Garnett and furious guitar duo Scott Hedrick and Nate Garnette—and only modify their formula incrementally from album to album. Cynics might call it  a lack of imagination, but I call it good branding, and Serpents Unleashed will cement that brand for even more fans. After four years of replacement drummers and studio experimentation, this record feels like the defining moment for the band, the most assured record in their catalog next to 2009’s Breathing the Fire. 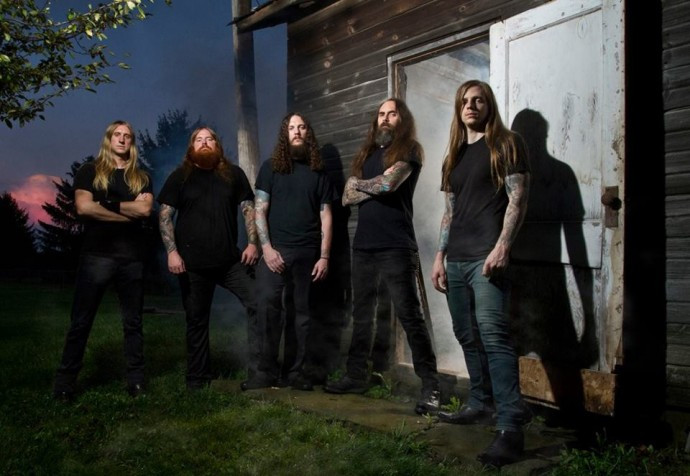 At our recent NCS confab, DGR, TheMadIsraeli, and myself headbanged ourselves silly while listening to the record in our hotel. Judging by our flung hair and air guitars, Seprents Unleashed is every bit as fun and instantly enjoyable as Skeletonwitch’s previous records. Even Chance sounds almost jubilant: when he’s singing about suicide on “Beneath Dead Leaves,” he takes things to an almost petulant punk place with the line “I’ll be the one to end my life—That’s right!” After every sick guitar lead (the end of lead single “Burned from Bone”) and choppy thrash-meets-90’s-Sweden riff (“Unending, Everliving”) I want to yell “That’s right!” alongside him.

Serpents Unleashed flaunts an impressive pedigree, with album art by John Baizley of Baroness, and production by Kurt Ballou of Converge. Ballou in particular has earned a reputation as the go-to producer for aggressive music with a hardcore edge, mixing stellar records for a laundry list of bands (Trap Them, High on Fire, Kvelertak, Black Breath, Power Trip, and more). True to form, the sound is warm and thick—a welcome change from the sharper sound of 2011’s Forever Abomination. On Serpents Unleashed, Ballou hasn’t put so much of his wet, overdriven sound into the mix, but he has boosted Evan Linger’s bass in the mix, to great effect. Linger takes a more prominent position throughout, even carrying the song “Unwept” almost on his lonesome. Listen to that sick Rickenbacker sound, know that it is the bass of choice for Lemmy and for Cliff Burton, and know that this, people, is what standard-tuning bass should sound like. Skeletonwitch no longer sounds like a band with a great guitar duo—now they just have a powerful string section, period.

The lone piece that doesn’t light fireworks is drummer Dustin Boltjes, who keeps a restrained pulse throughout, but launches into fewer fills than his predecessors. Expect no drum-centric blitzes like 2009’s “Crushed Beyond Dust.” His rhythm is so steady that his snare hits become the heartbeat in Serpents Unleashed, and while it feels like one of the briefest Skeletonwitch records at just over half an hour, it’s probably the band’s most mid-paced record as well—perhaps a reaction against the neo-thrash tag the band has so obviously outlived. 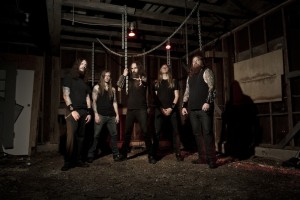 If more neo-thrash bands had been as good as Skeletonwitch, maybe the genre would still be booming, but as of right now the neo-thrash tag is more of a stigma than anything. Fortunately for the Garnettes and company, they’ve completely surpassed the tag. Consider: Municipal Waste peaked after two or three albums, depending upon who you ask, but five albums in, it doesn’t feel like Skeletonwitch have reached their apex yet. If you’re not convinced, listen to Serpents Unleashed; its genre-hopping frenzy is equal parts aggression, melody, and energy—a simple recipe for a great party metal album.

If there’s any negative criticism to be leveled at Serpents Unleashed it is that it leaves me wanting more. More songs, more guitar leads, more fucking Chance Garnette screeches all over everything. Skeletonwitch have a classic album in them. These boys could write a Bonded By Blood, or an Among the Living, and Serpents Unleashed does not quite pop at every instant the way those records do. If anything, it just shows that Skeletonwitch have hit their stride. They have the sound, they have the musicians, they certainly have the vocals all locked in. Maybe things in Ohio aren’t so hopeless after all.

Serpents Unleashed is available for preorder at SKELETONWITCH.com in various formats. In addition, you can now pre-order the album digitally at iTunes and BandCamp and receive an instant download of “I Am Of Death (Hell Has Arrived).” Which you can hear below: