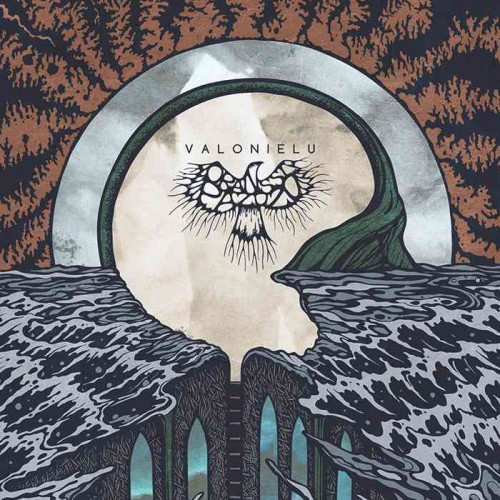 (In this post BadWolf reviews the new album by Finland’s Oranssi Pazuzu, which is out now via 20 Buck Spin in the US and Svart Records in Europe.)

In the first seconds of Oranssi Pazuzu’s new album, Valonielu, I knew I was in for something different. “Vino Verso” opens with a swell of synth and guitar, like something out of my favorite 80’s Judas Priest record—but wait, I thought, Isn’t this a black metal album? The dirty guitars kick in, but they work at a slow, syncopated, doom-sludge stomp. Then the synths break back in, reminiscent of Sanford Parker’s blackened-dance accents on Nachtmystium’s Addicts album. It’s was one left turn after another, and then I looked at my iPod—I was only two minutes into the album. What. The. Fuck.

I like weird black metal. Something about the genre lends itself to unexpected twists in the music—perhaps it’s because the basic building blocks of the genre, blastbeats and tremolo picking, are both simple and versatile. And pretty optional. Oranssi Pazuzu seldom do either, which begs the question: Is this black metal, or have we gotten so lazy with genre tags that we just lump any two things with tangental similarity together? There is a downside to resisting new subgenre tags for a band like this. 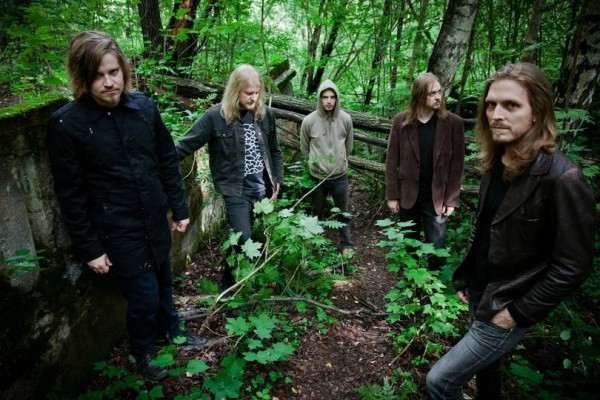 Regardless, Valonielu fits neatly on two LPs, with four sides (two short songs, one long song, two short, and one long), and three of those sides are excellent. It’s a unique sound, and the band do a lot with it—the second track, “Tyhjä Tempelli” prominently a synth line that more than resembles a tuba, and it pretty much carries the pulse of the song. Meanwhile, one guitar almost always works as a jazz-inflected background atmosphere, the same trick Tribulation relied on earlier this year on their stellar sophomore record.

“Uraniisula”, the first “epic” song, begins as a pretty mid-paced march, but grows more and more disjointed as it proceeds. Around the halfway mark it launches into a moshy-but-syncopated riff with keyboard lines over the top reminiscent of the Steve Miller Band. Yeah, Steve fucking “Fly Like An Eagle” Miller.

In a lot of ways, Oranssi Pazuzu act in a post-rock vein, by focusing on experimentation through repetition, as opposed to writing more riffs or bridges. That’s where their more psychedelic elements shine brightest. It also becomes their biggest achilles heel, as on closer “Ympyrä On Viiva Tomussa,” which goes absolutely nowhere so that the keyboards can do a little Casio tap-dance overtop the rest of the band.

Cut that last fifteen minutes out, and what you have is a metal album with the fortitude to experiment with sound, and not rely on the guitars to drive the sound completely. I feel Oranssi Pazuzu, on a very good day, could roll with the weirdo black metal greats and the new guard — they just need a bit more consistency in their songwriting.

Valonielu can be ordered here and downloaded on Bandcamp. The band’s Facebook page is at this location. And here’s a full-stream of the album: