I’m going to make this little round-up short. I’ve been trying to catch up on reviews today instead of the usual hours spent surfing my in-box and the interhole for new discoveries. But I did notice these items that you might have missed.

Seems like we’ve been posting about every little thing that has emerged in the run-up to release of Inquisition’s new album, Obscure Verses For the Multiverse, because it is shaping up to be one of 2013’s true highlights. But today’s development is the biggest event yet: The entire album is now streaming on Bandcamp, where’s it’s also available for purchase in various formats (the official release is October 24). And because it’s on Bandcamp, we can put it . . . right . . . HERE: 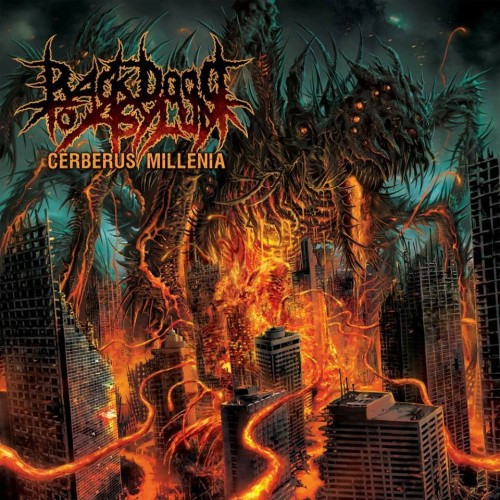 BACK DOOR TO ASYLUM

Yesterday I posted a kickass new album cover (without the title or band logo) as our daily artwork piece on the NCS Facebook page. What you see above is the way the actual album cover looks. The artist is a Muscovite who calls himself DaeMorph, and the band is a Russian collective named Back Door To Asylum. The album is Cerberus Millenia and it will be released by the Japanese label Amputated Vein Records. It will include guest appearances by Sven de Caluwe (Aborted), Julien Truchan (Benighted), and Fabio Marin (Internal Suffering).

I haven’t heard the album yet, but I have listened to the band’s 2013 promo, Unconditional Devoration, which is on Bandcamp, where you can also hear the band’s debut album Akathisia. The promo consists of two songs. They are highly destructive detonations of brutal tech-death, loaded with highly accelerated jabbing/swarming riffs, ridiculously fast drum murder, fleet tempo changes, worm-infested melody, and gruesome vocal vomit. Listen below, but be careful: this stuff can unhinge your joints, set your hair on fire, and then kick your teeth in for good measure. 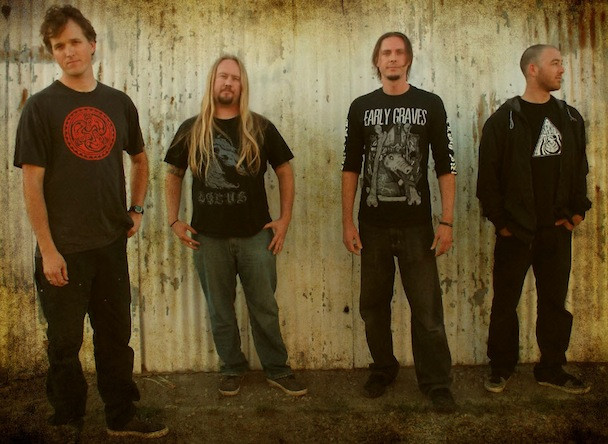 The post-Arthur-von-Nagel Cormorant have recorded a new album named Earth Diver, with new bassist/vocalist Marcus Luscombe. I’ve been very anxious to hear what the new music sounds like. The fortunate few at Stereogum have heard it, and Michael Nelson writes that “it’s absolutely worthy of the Cormorant name, and may even be superior to Dwellings.” High praise.

Stereogum is now streaming one of the new tracks, “Waking Sleep”, and hell yes, I would say it’s worthy of the Cormorant name, an extravagant genre-bender that follows so many musical paths within the space of 9 minutes that it risks spinning your head all the way around and then beating it with hammers until the jelly comes out. Booming, blasting, shrieking, acrobatic, progressive, complex, surprisingly catchy, and often brutally heavy, it’s a damned fine advertisement for Earth Diver.

Do yourself a favor and go HERE to read more and listen. There’s also still time to donate to the band’s indiegogo campaign and ensure yourself of getting the album prior to its official release date next spring.

3 Responses to “SEEN AND HEARD: INQUISITION (FULL-ALBUM STREAM!), BACK DOOR TO ASYLUM, CORMORANT”