In July of this year, Chimaira released their seventh studio album, Crown of Phantoms, and NCS writer TheMadIsraeli reviewed it here. Recently he got the chance to interview Chimaira’s main man Mark Hunter via Facebook chat, covering such topics as Crown’s place in the Chimaira discography, the band’s most recent line-up changes, what Hunter listens to when he’s not in Chimaira mode, action movies, and more. Here we go:

Mark Hunter: Hello! I am here and ready when you are.

TheMadIsraeli: Alright so, to be brief with this, this conversation is going to be completely unedited except for typos and I might format stuff to make more sense.  I don’t like censoring shit or leaving shit out so…

MH: Sounds good to me.

TMI: So let’s get the Chimaira related shit out of the way, I’d like to make this more of a general interview about metal in general as well as other stuff.  Crown of Phantoms. How do you feel about where it sits in the Chimaira discography?

MH: I am extremely proud of the album. The entire recording process was a blast and I learned a lot. I hear sonic trademarks that ensure the name “Chimaira” is represented well, and I also think the songwriting as well as musicianship is at its finest hour. I’m excited to write more as I feel we only cracked the surface. 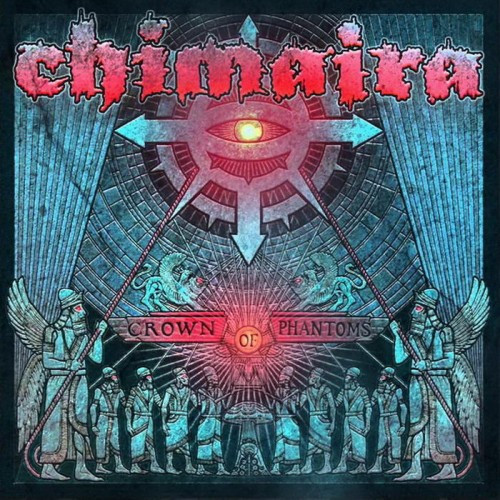 TMI: So do you have the balls to say you’ve surpassed Resurrection, or not quite yet? Of course I’m assuming here you even agree that was the best Chimaira record so far.  Sorry if that’s a ballsy question on my part =P

MH: While working on Resurrection the band was immensely focused and goal driven. We accomplished everything we set out to do and then some. Even reaching the impossible like playing Download in front of 60,000+. But I wasn’t as happy of an individual then. I wasn’t as confident as a musician. I wasn’t as good of a band leader. Sonically, Resurrection is a great album, not my favorite, but great – but I still feel as though I’m climbing the mountain and haven’t reached the top yet.

TMI: So as far as questions people wanted me to ask you… I’ll start with this one. Do you still maintain friendships/are on good terms with the guys since they all left?

MH: There are over 11 people that have been in Chimaira. I have stayed in touch with some, not all. I have nothing negative to say about anyone and am thankful for time spent whether good or bad. I learned a lot. Many of the guys left to start families and are busy doing that. I am busy with Chimaira.

TMI: Alright second question, how much of the writing do you contribute to beyond your role? We know you play guitar, so I and others are rather curious how much input you have in other parts of the writing process.

MH: In the past, I contributed quite a bit. I think people would be surprised to find out I wrote some of their favorite riffs and songs. “Power Trip”, “Down Again”, “Implements”, “Disappearing Sun”, to name a few. That’s not to say that the other guys didn’t contribute heavily to making those songs awesome, it’s simply “who built the foundation and designed the house”. For Crown, I wrote riffs for “I Despise”, “Wrapped in Violence”, and a few contributions here and there. This was the least I was involved in terms of riff writing for a Chimaira album. The Age of Hell being the most due to circumstance.

TMI: Well, you do have a kick ass lineup this time around, and as you know, I loved COP. What’s it like having worked with fucking Emil Werstler? I never thought I’d be addressing him as being the guitarist of Chimaira.

MH: Agree about the lineup and thank you. Emil is an awesome personality to be around. He is a fantastic teacher and determined to be the best he possibly can be at his craft. I’ve never witnessed someone so keen on World domination as he is. It’s inspiring. Musically, he is a genius. He has a vision and sticks to it. I’m stoked to have been able to jam with him for the past four years. 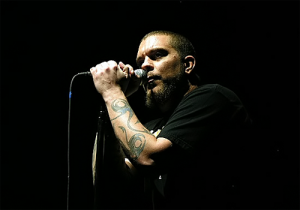 TMI: Speaking of, can you tell me what’s going on with Daath? No word on anything relating to them since he joined, so I’m curious if he and Sean Z have just jumped ship for Chimaira, since it seems the other members have their own things going on?

MH: I don’t think Sean, Jeremy or Emil have put Daath to bed. It’s apparent to me that they are simply dedicated to Chimaira at this time.

TMI: So, you’ve always been outspoken about what it’s like to be in a band in this day and age, how you’ve managed to get by and uphold the Chimaira machine. If you had to give five solid pieces of advice for a band to do as well as possible in this day and age what would it be?

MH: Creativity is key. Not only with music but with marketing. You have to think outside of the box. What worked yesterday no longer works today. I’m not sure how much advice I can honestly give because even for us it is somewhat of a crap shoot at times. We had no idea we would succeed with our Indiegogo campaign. It was similar to putting your career into the hands of a professional coin flipper.

TMI: Right, I can see that.  So as far as metal goes, period, do you ever keep up with what’s going on with newer bands? If so, who sticks out to you right now?

MH: I don’t. Obviously, I’m a metal head at heart, but after listening for over twenty-five years and playing for fifteen, the last thing I want to do when I get off stage or come home from a tour is listen to metal. I usually reserve it for when I have to clean these days and I’d rather listen to an old favorite then something new. These days I rock the ambient electronic channels or rap.

TMI: I can understand that. Going off of that note though, name some old favorites that are especially important to you?

MH: There are so many to name it would take all day. I’m a mid 80’s through the 90’s kind of guy, so Pantera, Slayer, Sepultura, Metallica are there but I was also into hardcore and death metal, too. The other day I rocked Faith No More while I cleaned our rehearsal space. I like all the classics. The most important metal album for me is Reign in Blood because it was the first metal album I heard.

TMI: It was mine too, along with Whoracle by In Flames.  We’re unfortunately running short on time, which sucks, because I would’ve liked to get more into those subjects (although I appreciate your detailed answers). But what’s next for Chimaira at this point? And are you going to do a Christmas show this year?

MH: I am able to take a few more – 2 works for me. We are going to continue the touring cycle for Crown of Phantoms including our debut trek to South America. We are really excited for that! The Christmas show is in the works – but we intend on changing it up a bit. Stay tuned for that. 2 meaning the time…haha, it’s 1:25 for me now. 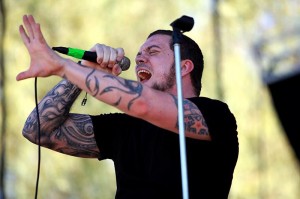 TMI: Ah ok cool.  We’ll turn to other metal asides I guess. Are you an action movie junkie like me perhaps?

MH: Being a child of the 80’s, I consider myself an aficionado.

TMI: Seen anything worth watching lately? I’m not an 80’s child, but I have a love for that shit.

MH: Well, I am certainly not going to waste anyone’s time recommending obvious choices like Commando, or Cobra. What people need to search for is the cinematic masterpiece known as Cage. It’s a captivating story involving Lou Ferrigno as a semi-retarded cage-fighting ‘Viet-Nam’ (their spelling) vet.

MH: I give them a chance. Crank was cool when it came out. I tried the latest Die-Hard the other day, but it was awful. I’m also not a fan of The Expendables although I hear I might enjoy part two.

TMI: I think mostly if you want good shit you’ve gotta go foreign. Like the Korean film The Man from Nowhere. That or anything Luc Besson directs, like Taken and so on.

MH: I want to see the new Conan. I enjoyed Taken. Agree on foreign films.  2014 Conan – not the PoS with the Baywatch kid.

TMI: But yeah, that last Die Hard movie was a shit show. Which is fucking silly, since 4 was the best since the 1st.  I’m not quite sure what happened there.

MH: Tough to say.  My patience these days is thin, if I don’t like it within 15 minutes, I turn it off. That one did not make the cut.

TMI: It wasn’t worth it, trust me.  What are the best 5 movies period you’ve seen this year? Can be current or not, I don’t care.

MH: Not sure for the year. This month I watched and enjoyed Gravity, Room 237, Movie 43, Through the Never, and This is the End. Worst thing I somehow sat through was The Purge.

TMI: This Is the End was fucking bat shit insanity. I loved it.

MH: I have to go with Cage. If only because my friend’s uncle was the DP for the film and that somehow puts me right there.

TMI: So, besides movies and music what are you generally into hobby-wise or interest-wise?

MH: I’m interested in quite a bit. I spend most of my time engulfed in the world of nutrition, biohacking, and wellness. I also spend a lot of time helping people in my community by putting that research to work. I’ll also spend time studying antiquity, religion, as well as the esoteric.

TMI: Yeah, we’ve been discussing the Atwill Jesus was invented by the Flavian’s idea, which you’re absolutely convinced of and I’m not =P

MH: I can go from Kurzweil to King Herod in an instant.  I’m not convinced of the idea; I think there is good evidence to suggest mythology, and typology.

TMI: Well, I think I’ll go ahead and wrap this up. I highly enjoyed this and am honored, this was fun =)

MH: Thanks for your time and hope your readers enjoy. Always a pleasure to catch up. Take care!

One Response to “AN NCS INTERVIEW: MARK HUNTER (CHIMAIRA)”