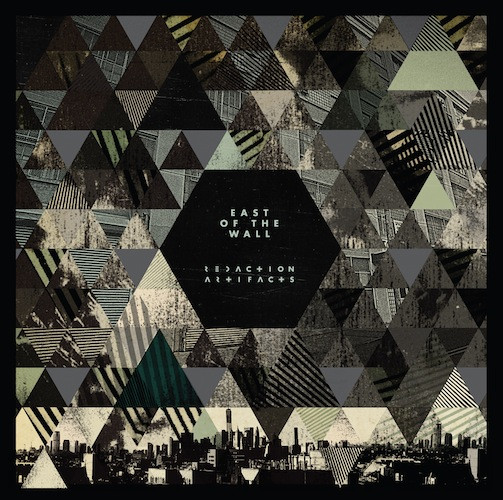 Two days ago New Jersey’s East of the Wall released their latest opus, Redaction Artifacts. It has already been showered with praise from many quarters, including Austin Weber’s review for our own humble site (here), which called the album “eclectic and captivating”, “a swirling hodge-podge of hostility, soothing calm, frequent tempo shifts, and beautiful singing mixed with hoarse bellows⎯all while being shred-filled and shaded by mercurial melodic explosions”, and the band’s “finest album yet”.

While we would like to believe that all right-thinking people accept our word in such matters as the truth, the whole truth, and nothing but the truth — despite the fact that we rebelled against our own site’s name in recommending the album so strongly — the music speaks more powerfully than mere words. And while two songs from the album have previously been made available for streaming, we are privileged today to bring you Redaction Artifacts in its entirety. So listen to it next, and if you like what you hear, the album is available now, on CD through the band directly HERE, CD and digital at Amazon HERE, and the LP via Science Of Silence HERE.

For more info about East of the Wall, check out their Facebook page here.

One Response to “AN NCS PREMIERE: LISTEN TO A FULL-ALBUM STREAM OF EAST OF THE WALL’S “REDACTION ARTIFACTS” RIGHT HERE, RIGHT NOW”