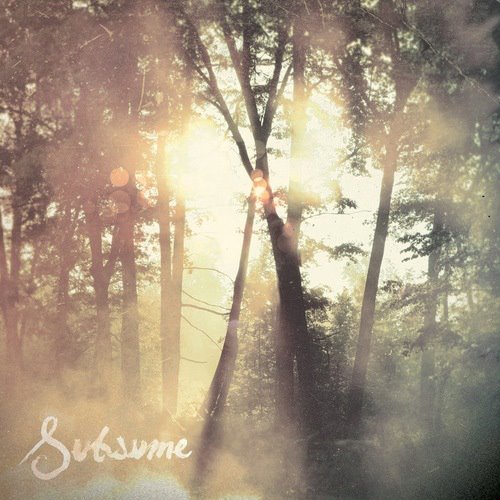 For those of you not in the know, Cloudkicker is a solo guitar project of one Ben Sharp. At this point the project has quite a few releases under its belt and all of them have been available for “name your own price” for some time now. Subsume, which hit this year, is the latest in a long line of excellent releases.

When Cloudkicker released Beacons back in 2010, it was a heavy contender for album of the year. In an explosion of solo basement/bedroom/wherever-they-could-hook-up-their-recording-gear guitarist experiments, Beacon seemed like something different and fresh – even if it bore the same signatures of the scene from which it was born. The whole outbreak of guitarists suddenly showing their skill and technicality seemed amazing, but over time they had all started to blur together, and eventually would feel as if they were coalescing into one big, blob of stuff that took years of practice but had started to matter only to those who also played that style.

Cloudkicker was able to weave into that style a sense for ambiance and mood, using a guitar to paint pictures to go along with long, descriptive song titles (which have now proven to become a signature). Beacons told a story without words, and with every release since then Cloudkicker has sought to accomplish something similar, even when completely shying away from all the technicality, time signatures, and endless scales, and instead sticking with melodic, acoustic pieces that fell way more into the post- and prog circles than they did the metal ones. However, we have proven as a community that we can recognize and appreciate good music regardless of style, and so seeing this project embraced, as one of the fans who got to do so with the zeitgeist around Beacons, has been great. 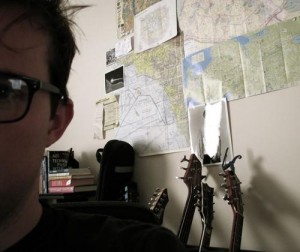 The ride since has only been better. Every disc that has come out under the Cloudkicker banner since then has always ranked high on this end. Whether acoustic and soft or buried in reverb and distortion, they’ve all been favorite pieces of music. However, and I willingly admit that part of this may be due to nostalgia, Beacons has still remained above them all for me – because it felt like it had all of what would later be parceled out among later releases. There were always elements of it in other works, and so part of the enjoyment of them came from seeking those moments, alongside enjoying the music.

I never expected Cloudkicker to try to come close to Beacons again; this doesn’t seem like the type of project that strives to reach the same highs as before, instead varying things up and showing different elements of music to be appreciated. This thought has shifted now, as I sit here with Cloudkicker’s 2013 release on constant repeat. Things have changed with Subsume.

Subsume is a full release but exists in only four movements. The song titles on this disc are breathlessly long, suggesting that the whole album is a story and a soundtrack, all in one. A more popular and overused phrase would be, “A soundtrack for a movie that doesn’t exist”, but it doesn’t fully feel like that in this case. Instead, Subsume feels like it is a soundtrack to a life, and the song titles point the listener in that direction. So as soon as you hit “He would be riding on the subway or writing formulas on the blackboard or having a meal or (as now) sitting and talking to someone across a table, and it would envelop him like a soundless tsunami” (which I will henceforth refer to as “Hwbrotsowfotbohamoansattsaataiwehlast”) that picture immediately is placed in your mind and you envision wholly different scenarios playing out as the songs change motifs and shift from movement to movement.

As moods change and spread across the four songs present, you start to realize that Subsume is the culmination of everything Cloudkicker thus far. You could probably spend a few days dissecting each song underneath a microscope, finding different pieces of New Heavenly Body, Let Yourself Be Huge, Fade, Beacons, and even some of the experiments from Loop.

Opening song “The Warmth Of The Daytime Seemed Like A Dream Now” is like a continuation of what started on Hello, especially given its opening few moments of relative quiet. You could probably run one into the other and make “Warmth” one of the longer songs on this disc, although “A weatherfront…” still takes the cake at around sixteen and a half minutes. The realization that Subsume is everything Cloudkicker in four songs is exciting. It means we get the longer songs that defined some earlier work and we also get a return to the serious heaviness, too.

Make no mistake, for all the artsy dialogue and ten-cent words that are thrown out to describe this particular brand of instrumental mood music, Cloudkicker has quite a few heavy grooves spread throughout its discography — and hearing those moments of sheer headbanging goodness makes for a great time. They’re placed in between long, spaced out sections that will often make a listener drift — imagining scenes from either the song title or just letting the music serve as inspiration for a daydream. Since “A weatherfront…” makes up the bulk of the disc, many of the heavier riffs are placed in that song — just out of necessity. “He Would Be Riding On The Subway” also has a couple. But again, as each segment of the disc feels like it makes up different parts of the soundtrack to a life, every song is intensely different, and Subsume is an album that should be approached as a whole. You might be able to cut out the opening song — but only the first two or three minutes — because once Subsume gets moving it becomes a hard disc to stop.

As the closing notes of “You Could Laugh Forever But Never End Up Happy” hit, it’s not difficult to start wondering where Cloudkicker can go next as a project. He’s not given to providing obvious clues, and as a listener and fan, it’s easy to just surrender yourself over in full faith. If discs like Subsume are the standard by which this project moves, then this is a great time to enjoy this type of music.

Subsume gathers everything from every one of the Cloudkicker works so far, becoming almost de-facto the disc to recommend for folks looking to check this project out. It isn’t a shuffle-friendly album, but it is one where you really don’t notice the song runtimes, which is a feat in and of itself. It’s hard to sell someone on the idea of sitting through a block of sixteen-, eight-, and nine-minute songs that shift mood and change at the drop of a hat, but the songs are so interconnected and so well done that it becomes musically indistinguishable from magic. You won’t notice the time going by.

Subsume isn’t overwhelmingly technical, but is a testament to what artists can do when they have the ability to actually compose a song, as opposed to throwing endless bullshit at a wall and overwhelming the listener in feats of strength and tests of will that we could never hope to accomplish. Subsume still impresses on a technical level, more so than Fade or Let Yourself Be Huge did, but this project has long since been eschewing those elements in favor of making music with a purpose. It’s as if before work begins on each disc, Cloudkicker chooses a couple of themes, chords, and structures that he wishes to play with, and the album takes shape out of that. Subsume just seems to be drawn from the widest pool of those influences so far. While working within those self-defined confines and boundaries, Cloudkicker becomes the best at what can be done, a monument to songwriting, an expression of genuine creativity in guitar playing with limited chords from which to choose — and Subsume is the latest and best statement of that approach.