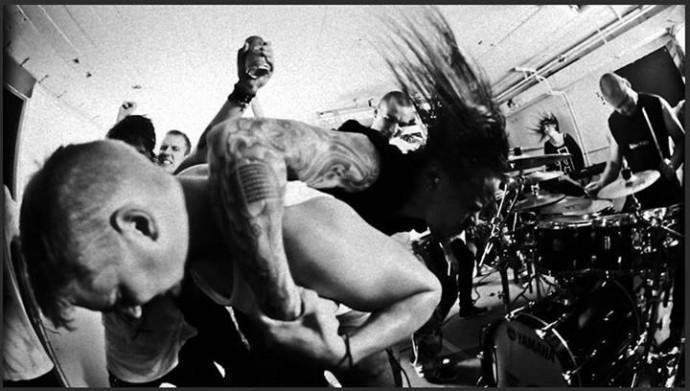 Welcome brethren and sistren to this morning’s round-up of new music and videos that caught my attention over the last 24 hours. Metal makes everything better.

A day without Finnish metal is like a day without sunshine. And since we will have no actual sunshine here in Seattle today, we must brighten it with this new offering by the Helsinki hellions in MyGrain. Their latest album, Planetary Breathing, was released by Spinefarm in September, and today they’ve showered us with sex, beer, and rock ‘n’ roll via a new video for the song “Waking Up the Damned”.

Okay, to be honest, I didn’t see any actual sex in the video, unless you count some nice tongue action on the beer-drenched keyboard. And everyone else was pretty well drenched in beer as far as I can tell. And there sure as hell is some fine rock ‘n’ roll. Nothing grymm or frostbitten in this here music, just a load of groovy, head-nodding, body-moving, mosh-inducing, virally catchy fun — all captured extremely well in the video you’ll see next. 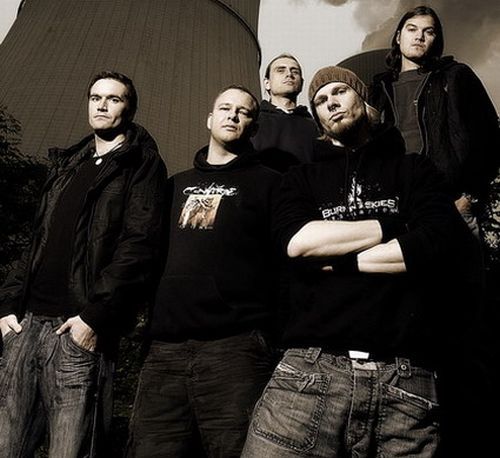 Germany’s Heaven Shall Burn released an excellent album earlier this year under the title of Veto. On some editions of the album, but not the one I have, there appeared a bonus track — a cover of the song “European Super State” by Killing Joke. Although my UK-based NCS comrade Andy Synn procured a copy of the CD that includes this track, he did not share it with me. Now that I’ve heard the song, this leaves me feeling somewhat bitter.

And I’ve now finally heard the song because it made its streaming premiere today via a German site called Visions. This is not your usual Heaven Shall Burn offering, not at all . . . but it is, after all, a Killing Joke song. And so you will hear clean singing and a bouncing post-punk rhythm and an infectious melody and pulsating electronica and . . . oh hell, just listen. This works. 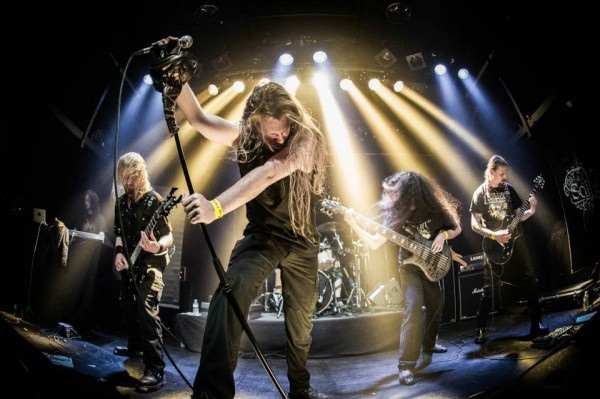 Very early this year the Belgian melodic black metal band Saille released their second album Ritu via Code666 Records, and I strongly recommend it. Today the band released a live music video — but it’s not for anything from Ritu. Instead, the clip is a live performance of a song named “Tephra” from their 2011 debut album Irreversible Decay (also on Code666).

This isn’t what you often see in “live” videos, i.e., the studio recording synced with performance footage. This is a professionally filmed live recording of the song, with excellent sound quality, as performed on August 17, 2013, at the Metal Méan Festival in Belgium.

And it’s a wonderful song — a dramatic melding of the melancholy and the menacing. It also features violinist Sarah Vlerick — and don’t leave the video until the end, because otherwise you’ll miss her performing a sublime outro after Saille have left the stage. 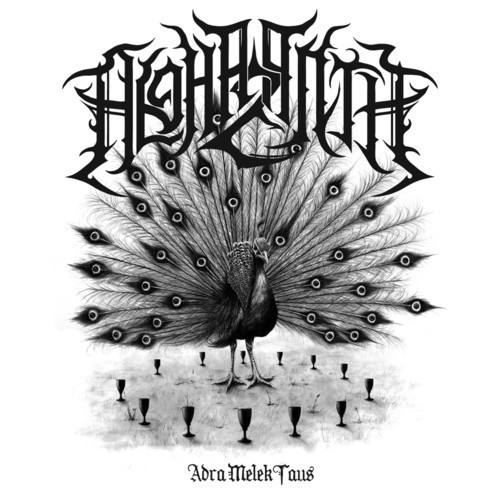 I was a huge fan of Alghazanth’s last album, 2011’s Vinum Intus. And yet somehow I missed the fact that last month Woodcut Records released a new three-song Alghazanth EP named AdraMelekTaus. And imagine how out of the loop I felt when I discovered not only the EP this morning, but also the news that the band have a new full-length album due for release next month, entitled The Three-Faced Pilgrim. Better late than never, I guess.

At this point I have neither the EP nor the album, but I did find a stream of the EP’s title track (which it seems will also be included on the new album) — and it’s a great song. It gets the heart pounding and the blood racing, the ravaging vocals cutting through a memorable tremolo-driven melody that bespeaks both grandeur and grief, majesty and longing. Listen below.

4 Responses to “SEEN AND HEARD: MYGRAIN, HEAVEN SHALL BURN, SAILLE, AND ALGHAZANTH”