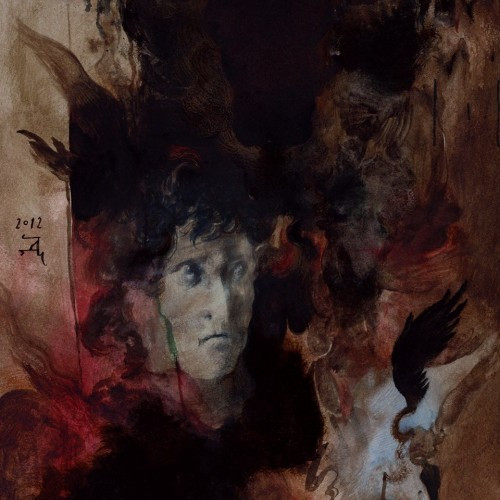 We know that next year Poland’s Behemoth will be bringing us a new album named The Satanist. Now we know that on December 4 a Behemoth EP will be released. Blow Your Trumpets Gabriel will come in a limited 180-gram 12-inch vinyl edition, hand-numbered and signed by the band. The title track will be the first single from the album, and the EP will also include two non-album tracks — “If I Were Cain” and a cover of a song by a Polish post-punk/new-wave band named Siekiera. That should be interesting.

The 12″ EP can be pre-ordered now via Behemoth’s webstore as well as at www.indiemerch.com/metalbladerecords and www.nuclearblast.de. There will be no digital or CD version of the vinyl edition, but the single from the album will be released on iTunes.

We also now know that on December 4 the band will be releasing a music video for the “Blow Your Trumpets Gabriel” song. Two teasers for the video have been released so far, with the second one coming yesterday. You can see both after the jump.

And finally, the band have also announced that on December 4 they will be unveiling the album’s cover art, which is a painting by the Russian painter Dennis Forkas, whose work we have featured on other occasions at NCS. For this piece, Nergal’s own blood was mixed with the paint. Yum.

Along with yesterday’s announcement we were treated to the artwork you see at the top of this post, which is clearly by Dennis Forkas. Since the album art is not supposed to be revealed until December 4, I’m unsure whether this is a detail from the album cover or the art for the EP.

Additional album art has been created by two other artistic favorites of our site, Metastazis and Zbigniew Bielak.

Okay, that’s it for the latest Behemoth news. Here are the teasers for the new video:

3 Responses to “A BEHEMOTH UPDATE”