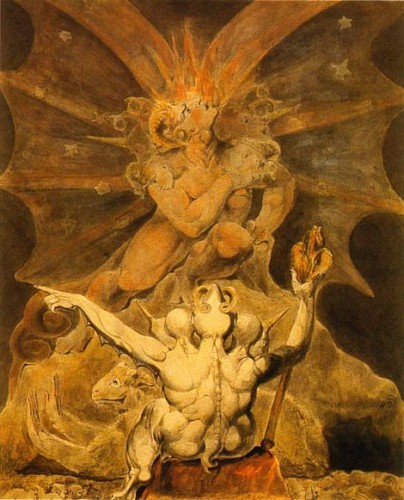 Ok, so it’s time for another one of my stream-of-consciousness pieces of rambling thoughts and ill-defined points. I’ve had this one on my mind for a while now, and finally got round to putting [metaphorical] pen to paper today. I wrote this all in one go, and have tried not to over-think or self-censor too much. Hopefully that way you’ll get more of a grasp of the thought processes behind things.

“Evil” is definitely one of those words that crops up pretty frequently in regards to Metal. Whether it’s coming from the fearful/ignorant majority who (let’s be honest, sometimes understandably) view the varied collection of beards, pentagrams, and profanity with more than a certain amount of trepidation — or from the deluded “kvlt” types who somehow think that their pretensions to “evil” make up for their complete lack of personality – it’s a word that’s often synonymous with the aesthetic (both musical and visual) that our favourite bands cultivate.

Metal is, for me, one of the few genres where many [of the more intelligent] artists are actually able to confront some of the darker, grimmer realities of the world. Few other forms of “popular” (and I use the term loosely) music deal with genocide, murder, cannibalism, political strife and oppression, loss of faith, occult philosophy… in quite the same way. 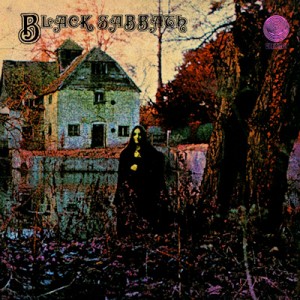 Ever since Black Sabbath struck that first doomy guitar chord, the genre has been synonymous with an “evil” sound. But that doesn’t mean you have to be “evil” to play it. And it certainly doesn’t make the music actually “evil”. It’s more an inherent darkness, something which allows the genre (and the bands) to play around in areas of the human psyche which simply don’t seem appropriate in other musical genres.

It’s been surprising to me, though, that there are still people out there trying desperately to act as “evil” as they can, and using Metal as an example of their own personal “darkness”. The recent issue with Necrophobic frontman Tobias Sidegård certainly brought this to my attention – the band acknowledged what was going on and, eventually, issued a statement that they were parting ways with their frontman as a result. And then the internet warriors came out to play…

“Call yourselves evil? And you kick a guy out just for beating his wife?”

Etc, etc. I’m paraphrasing a little (and being much less offensive), but that should give you the gist of the sort of things that were appearing on a regular basis. Coupled with some bone-headed idolisation (seriously… you don’t know the man personally, so why the hell are you acting like his personal guardian on the internet?) and woeful misogyny, the whole thing exposed a sub-set of people who seem to actively get off on the fetishisation of “evil”. And speaking directly to those people, let me just say… grow the fuck up.

Stop pretending to be “evil”. You’re not. Real evil is, in fact, (thankfully) very rare. Most of us won’t ever experience it in our lives. Real evil is found in ethnic cleansing, people trafficking, the rape and murder of children. You want an example of real evil? Go read Hannah Arendt’s Eichmann in Jerusalem: A Report on the Banality of Evil, which covers the trial of Adolf Eichmann, the man responsible for working out the logistics of the death camps in Nazi Germany. There’s no spikes, or leather, no “evil” imagery or Satanic posturing… it’s the tale of a man simply at ease with mass genocide, such that it became nothing more than facts and figures to him.

That’s not to say that Metal (and Black Metal in particular) hasn’t thrown up some more-than-questionable figures over the years. I long ago realised that many of the people from my favourite bands weren’t necessarily “good people”. But they ARE still people. 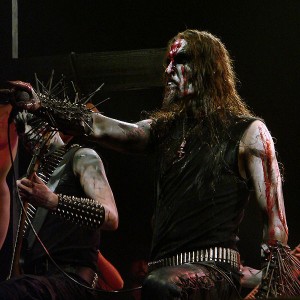 The obsession with “evil”, and bands being “true” to their evil nature, seems an attempt to deny the fact that, at the core of things, we’re all people. All very different yes, but also fundamentally the same. We all need food and shelter, mental stimulation, and (to varying extents) companionship. Barring a few exceptional outliers, we’re all somewhere on the same bell curve.

But that doesn’t make you any less of an individual, any less special, or any less unique. It just means that… gasp… you share many things in common with the other barely evolved apes that populate this floating blue marble. And it also means, I’m sorry to say, that you’re probably not “evil”. You’re just a bit of a dick.

This whole misguided idea that “evil” is somehow cool not only betrays a real ignorance about what actual evil is, but also exposes the childish mindset of many of those responsible for this preening and posturing.

Sure, Metal has a well-documented history of adversarial relations with mainstream society. Indeed, it’s often been used to challenge the status quo – politically, socially, and religiously – as a form of expression, as a counter-culture movement, even as a form of political protest and activism. Hell, now that I think about it, I’d argue that those sorts of things are in fact the very antithesis of “evil”. Even the expression of Satanism in metal – from the most orthodox religious forms, to the more humanist philosophical ones – is another way of defining the “self” through opposition. Even here, there’s more at work than just slapping on some spikes and making controversial statements.

In fact, I’d argue that the history of Metal and Satanism is very much bound up in the resistance to religious conformity… it’s not just play-acting at being “evil” for the sake of it. There’s a method to the madness. Personally I’m fine with Metal continuing to be the genre that actively addresses, even expresses, “evil” for artistic purposes. It’s expressive, it’s philosophical, it’s cathartic. But it isn’t itself “evil”, and only an idiot would conflate “not being evil enough” with “not being a good band”.

What is interesting is that a lot of the chest-beating and dick-waving about being “evil” came from the band’s South American fans – something which I think, anthropologically, is interesting because it almost gives us a window through which to look back at metal’s past.

Now, it’s going to be difficult to state this without sounding derogatory, condescending, or exposing my White Male Privilege… but I’ll try my best, and hopefully enough sense will come through that people will perhaps be able to appreciate my points on their own merit.

It’s a vague generalisation to say that certain parts of the world still lag behind those of us lucky enough to live comfortably in the bosom of the Western capitalist/democratic system. Looking at much of the South American metal contingent, I get a real sense that socio-economically, and musically, many lingering elements of metal’s most formative years are still gumming up the works.

This seems to be why many (though certainly not all) in that contingent so desperately cling to that which is “different”, or “controversial”, or – in this case – “evil”. it’s an attempt to define themselves and separate themselves from a society which, in many ways, is still far more repressive and less privileged (in the good way) than most of us will have experienced in our lives. 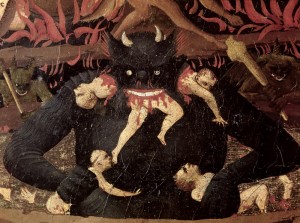 That’s why I say it’s like a window onto the past – because it almost allows us to look back at where we were, and see how far we’ve come, and take stock.

Now I don’t want to belittle anyone (nor am I saying that all fans, whatever part of the world they’re from, comprise some sort of homogeneous entity), but it really does seem to me like the need to be “true” and “evil” is something you grow out of. And that’s not just in individual terms, but in societal terms as a sub-culture. But growing up doesn’t mean you have to become any less rebellious, any less forthright and fervent in your beliefs. It just means that sometimes you have to confront the fact that some of your beliefs were a bit… stupid.

(And I am no exception).

Ultimately we all want to be a bit of a rebel. An individual. We want to be strong, and respected. We want to forge our own path. To resist. To define our sense of “self” and to stand out from the crowd. It’s why people join like-minded groups and define themselves in opposition to others.

It’s ironic that the harder people try to claim they’re “different”, the more voices shouting “ME, ME, ME!” there are, the more these people all become the same. We’re all human beings. Accepting that is the first step to realising who you actually are.

But thinking that you’re “evil”? That doesn’t make you special. Or unique. It just exposes how desperate you are – for attention, for recognition, for something to justify yourself.

And BEING “evil”? REALLY being “evil”? That just makes you broken. Damaged. Weak.