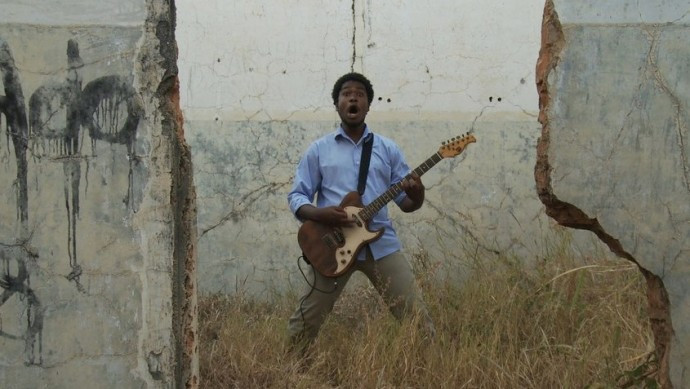 A friend sent me a link to the story that I’m about to summarize. I thought it was inspirational. Maybe you will, too.

It’s about an orphanage in the war-ravaged town of Huambo in the Republic of Angola, a country in southern Africa. After a decimating 30-year civil war that ended in 2002, Angola was left with among the worst standards of living, life expectancy rates, and infant mortality rates in the world. The orphanage (named Okutiuka) is run in a bombed-out milk factory by a young woman, a native of Huambo, named Sonia Ferreira and her boyfriend Wilker Flores. According to the article I’m summarizing, “The Okutiuka orphanage isn’t funded by the government, and subsists on private donations and a mix of embassy-gifted funds.”

Apart from caring for more than 50 orphaned and abandoned children in Huambo, Ferreira and Flores are the ringleaders of an ongoing effort to encourage and promote heavy metal as a vehicle for young musicians throughout Angola to give voice to the pain and deprivation their country experienced over the last 3 decades. Against tremendous odds, they helped organize the first national rock and metal festival in 2011 and have continued it each year since. And their story is now the subject of a documentary film entitled Death Metal Angola, which has already garnered a lot of critical praise.

The story of how the film came to be made is itself a fascinating one. It was directed by a Detroit native named Jeremy Xido, and here’s the description of how the project began and came to fruition: 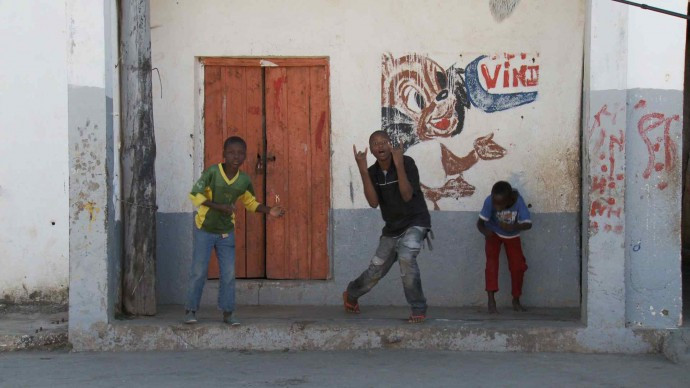 Xido was working in Angola on a project about Chinese construction workers building a railway when he sat down for coffee and a pastry at a cafe in Huabu, a decimated city far from the capital. A well-dressed young man engaged him in conversation, and mentioned that he was a musician. It was Wilker Flores.

“I said, ‘That’s wonderful, what are you playing?’” Xido recalls.

That night, Xido went to see Flores’s show, assuming it was at a local club. The venue turned out to be Ferreira’s orphanage. The music was, as he describes it, “harrowing, beautiful, terrifying.”

In 2011, Xido returned to Angola for more work on his construction documentary, but found himself calling up the orphanage couple when he arrived. “We’re organizing the first-ever national rock concert and you’re going to film it,” they told him. Two years later, Death Metal Angola is readying for its premiere, and the railway film remains unfinished.

The film will have its U.S. premiere at the DOC NYC film festival in New York City this Saturday (it has already been shown at over 40 other festivals worldwide). Xido will return to Angola in late November for a screening and concert in the capital of Luanda. “Afterwards,” as the article reports, “a partnership with the Fulbright Association will hopefully raise enough funds in their crowdsourced campaign to launch a tour of the movie, hitting America’s cities most impacted by economic and natural disaster.”

To find out more about that crowdfunding campaign for The DMA Resilience Tour, go HERE (it lists among its supporters Martin van Drunen and Children of Bodom). To read the full article that’s the source of this post, visit this location, and follow Death Metal Angola on Facebook via this link.

Now, here’s a video about the film and the crowdfunding project. Fuckin’metal.

8 Responses to “YOUR METAL INSPIRATION FOR THE DAY: DEATH METAL ANGOLA”