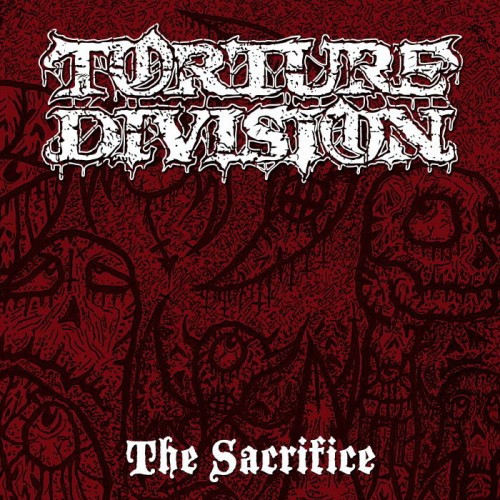 Two days ago Torture Division released their latest offering of “the world’s best death metal”, The Sacrifice. I’ve written about Torture Division so often at this site that explaining who they are and their approach to releasing music runs a high risk of redundancy, yet there’s always the slim chance that a few lost souls are discovering them for the first time. For them, here’s the back story:

The three members of this Swedish band – Lord K Philipson (guitar), Tobben Gustafsson (drums), and Jörgen Sandström (bass/vocals) — collectively have over 60 years of combined death metal experience, including membership in bands such as Grave, Entombed, Vicious Art, The Project Hate MCMXCIX, Vomitory, and God Among Insects. Their modus operandi is to release short demos and give them away for free. Every time they finish releasing a group of three demo’s, they or a record label package them up and sell them as a compilation CD. So far, this has happened three times; the latest compilation, The Army of Three, was released as a digipack earlier this month and has already sold out.

In June of this year, Torture Division gave away the first three-song demo in a new trilogy. That one was named The Worship, and I reviewed it here. The new one, which was again mixed and mastered by Dan Swanö at Unisound, delivers three new songs — “Queen Sacrifice”, “Fähund”, and “Flesh Before My Eyes”. 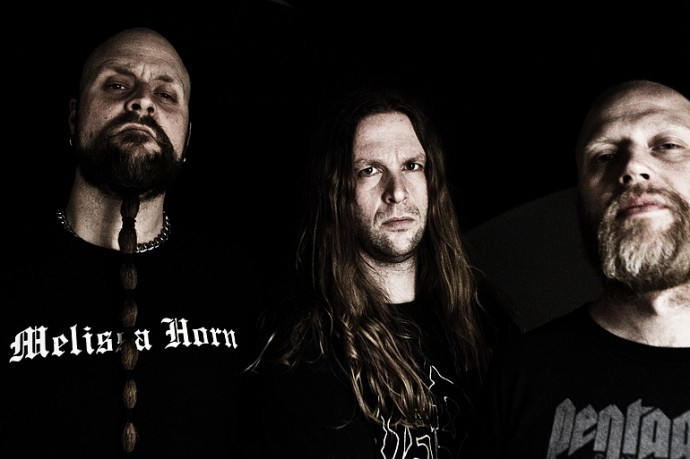 The guitar tone on this demo is massive, delivering that deep, thick, grinding/sawing sound that’s the epitome of this genre. The low-end of the music is also punishing; the bass guitar is concrete-heavy and the bass drum sounds like thunder. As for the vocals, they’re gruesome, ghastly, ghoulish — and great.

Other newer bands practicing this style of music have chosen to blanket their sound with even more primitive, lo-fi, corrosive shrouds of distortion. TD and Dan Swanö have found a sweet spot, producing enough separation and clarity in the sound that the listener can really appreciate what all the performers are doing, while also delivering the power of a freight train with the throttle wide-open.

On this release, Torture Division also prove once again that they’ve got a talent for delivering murderous riffs and grisly lead guitar lines that are catchy as hell, and a knack for deftly avoiding the pitfalls of monotony. “Queen Sacrifice” is a headbanger’s paradise, a chugging locomotive of a track that’s fast and fearsome. “Fähund” taps into Swedeath’s d-beat and punk-inspired roots to deliver a sure-fire mosh-pit trigger. And “Flesh Before My Eyes” meshes lumbering stomps and meaty chugging with a morbid melody that gives the whole affair the dank aroma of the crypt (the song also features a squalling, squirming, pulsating guitar solo that’s like a jolt of electricity straight to the brain stem).

When Torture Division call their music “the world’s best death metal”, they do it with a grin, but the truth is that you’ll have to look hard to find any current band who are doing this old-school Swedish style of metal better than Torture Division.

To download The Worship for free, visit the Unisound web site via this link. To make a donation to Torture Division in gratitude for kicking you in the teeth with this new release and to provide financing for future releases and beer, go here. If you would like to follow the torturers (at a safe distance) on Facebook, click this.

And now, I’ve taken the liberty of uploading one of the new songs so that you can get a taste of the music before allowing it to invade your hard drive. Turn the fuckin’ volume waaaay up:

3 Responses to “SHORT BUT SWEET: TORTURE DIVISION — “THE SACRIFICE””